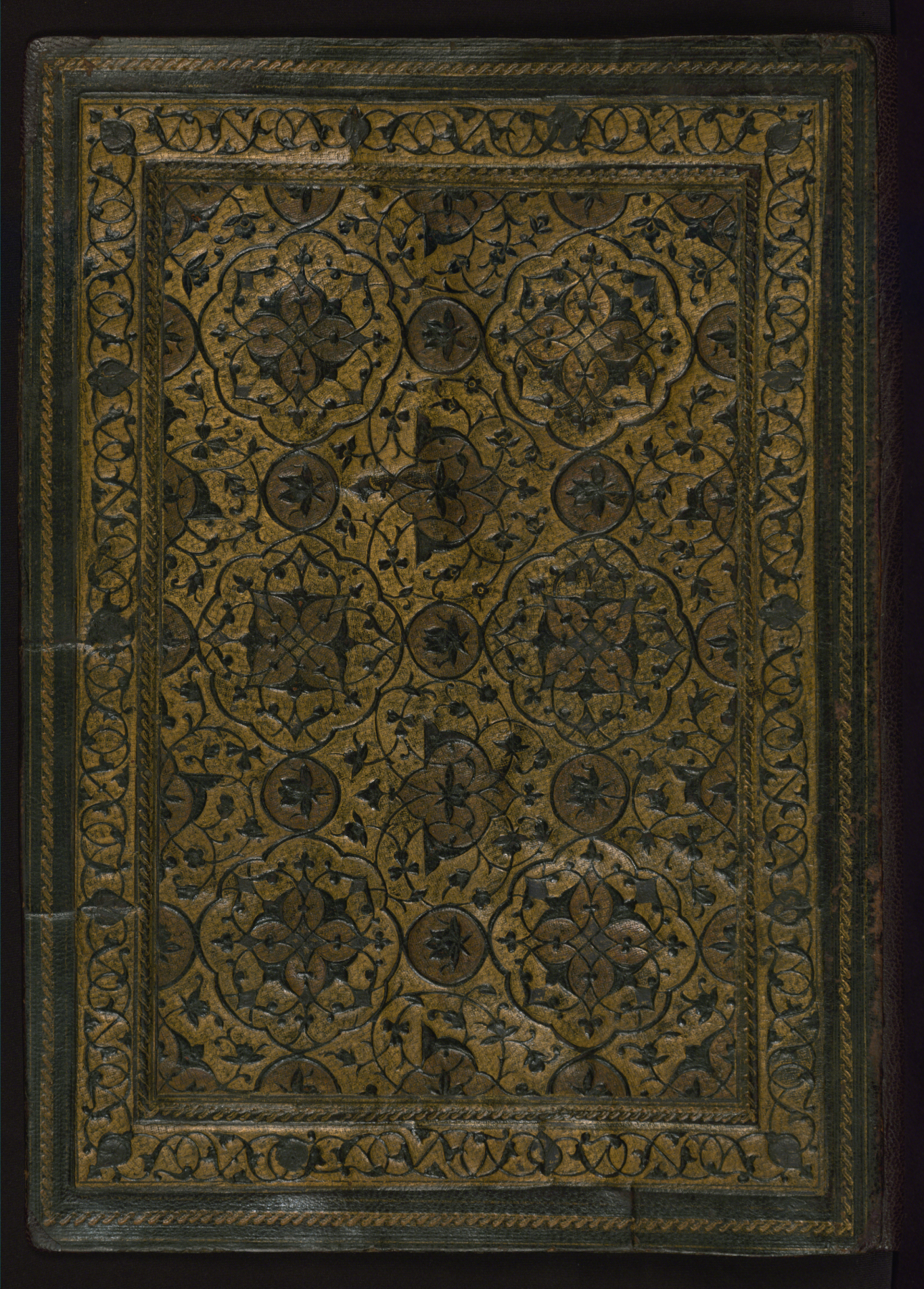 Walters manuscript W.579 is an illuminated manuscript of a prayer (wird) called Miftah al-najah, attributed to 'Ali ibn Abi Talib, the 4th caliph of Islam. According to the colophon, it was completed by Shaykh Kamal ibn 'Abd al-Haqq al-Sabzawari, the calligrapher and illuminator, in Astarabad (present-day Gorgan, Iran) in 941 AH/AD 1534. The text, divided into 5 compartments, is in calligraphic vocalized Naskh in black ink and vocalized Thuluth in gold ink outlined in black. Illuminated rosettes with colored dots serve as verse markers. The decorated colophon (fol. 8b) is written in Tawqi'/Riqa' in gold ink. Later bequest (waqf) seal impressions of the Vizier al-Shahid 'Ali Pasha, dated 1130 AH/AD 1717, appear on fols. 2a, 2b, and 3a. The brown leather binding with interconnected gold-tooled lobed medallions and discs and doublures with filigree decoration is contemporary with the manuscript. 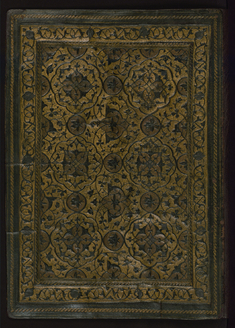 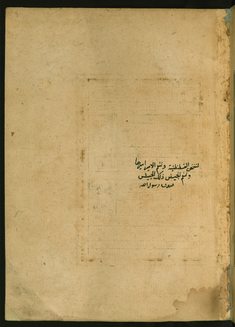 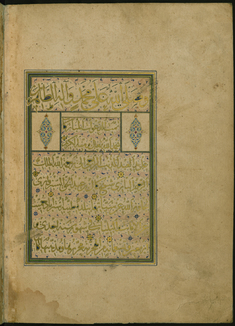 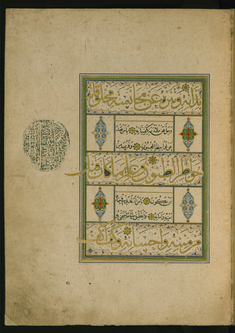 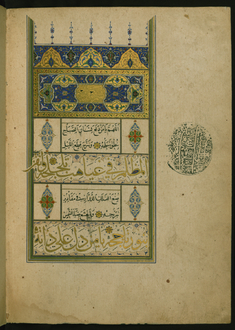