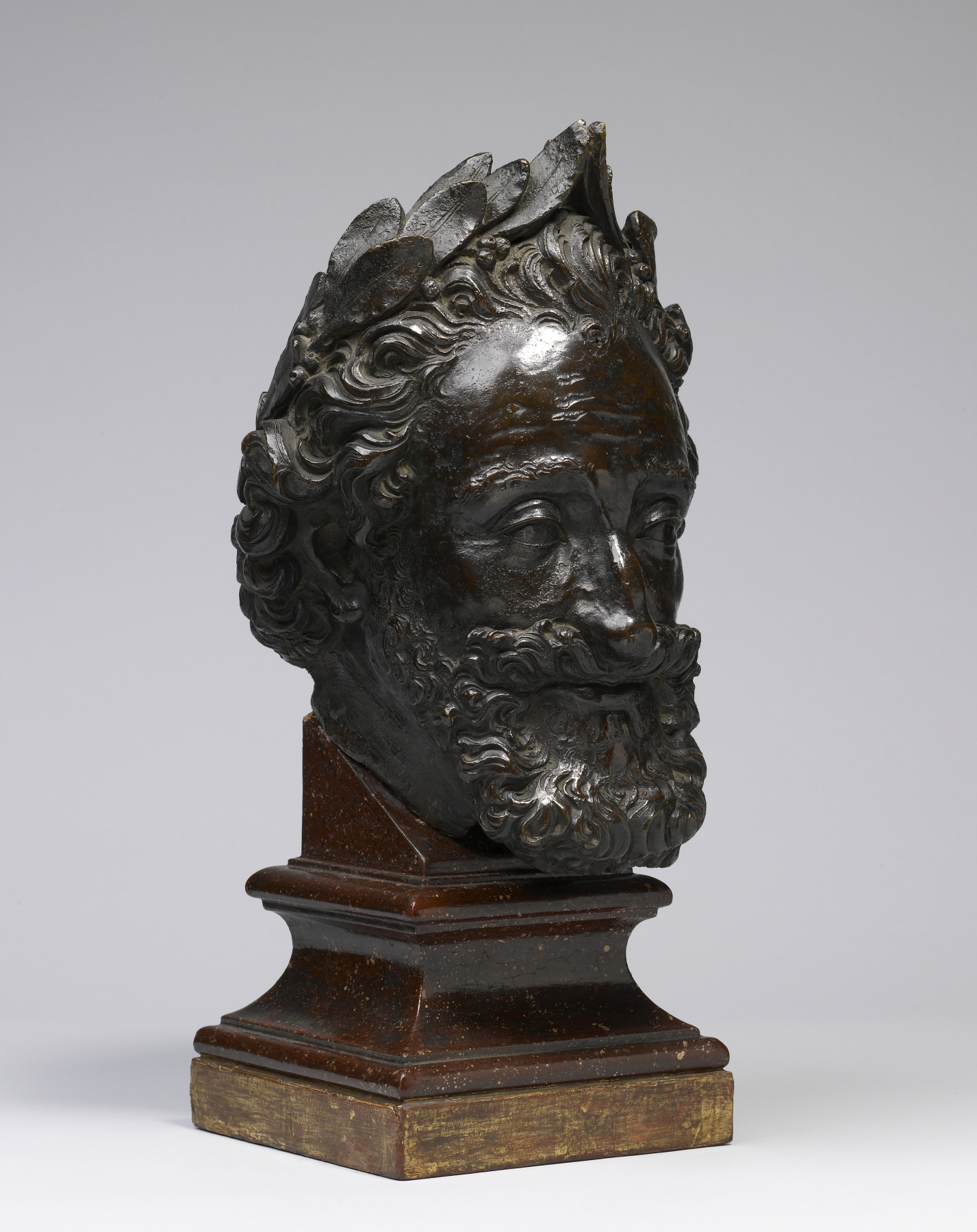 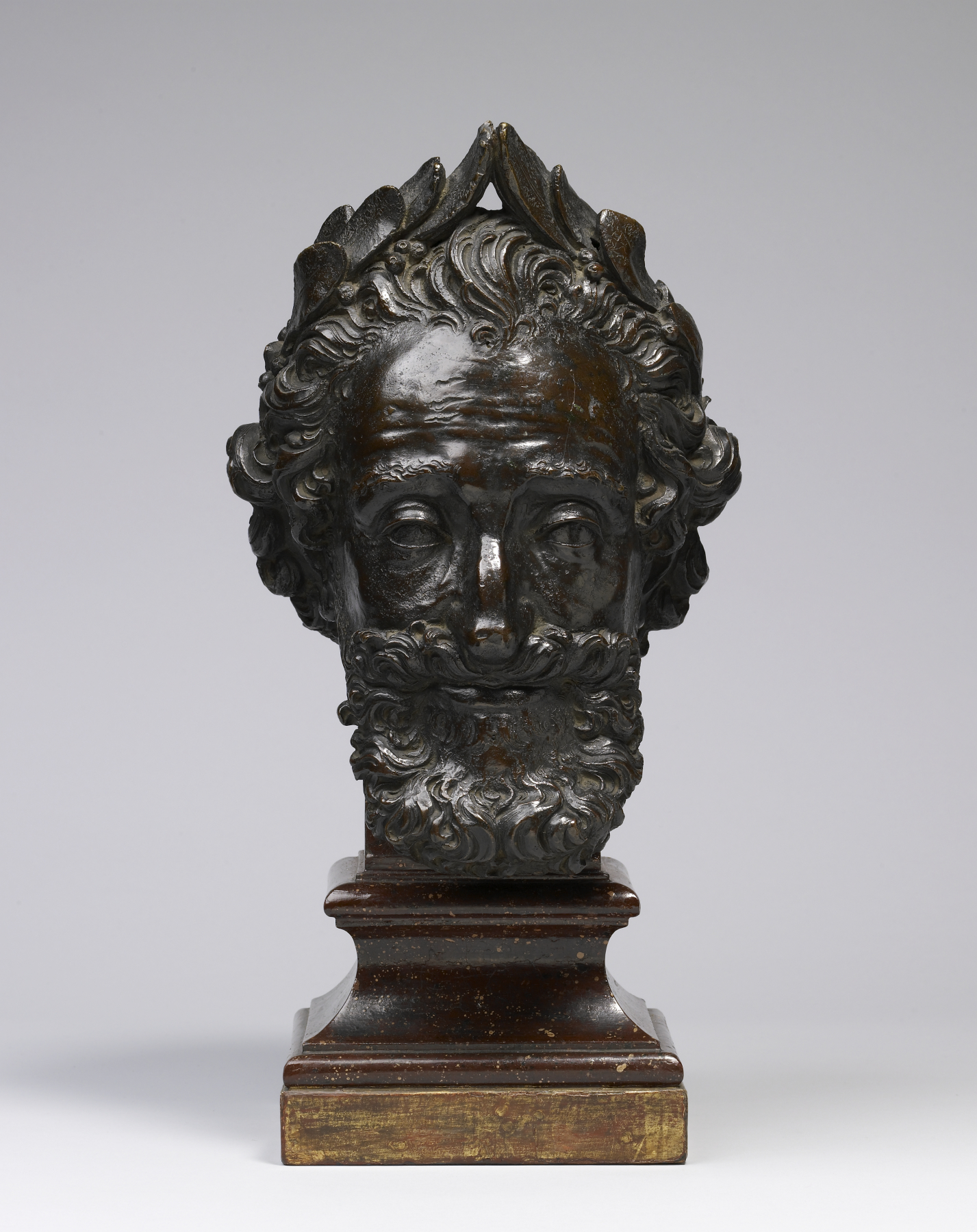 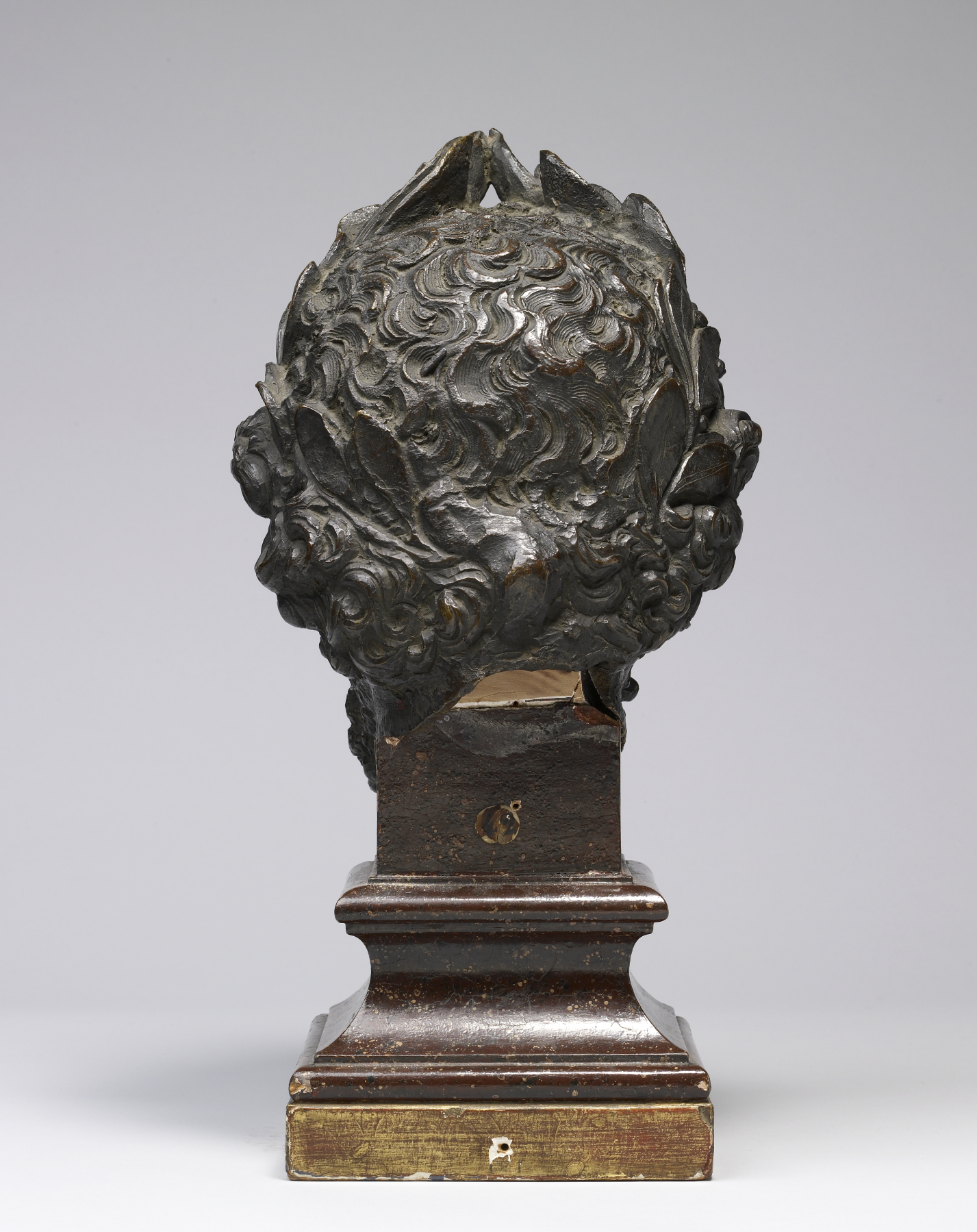 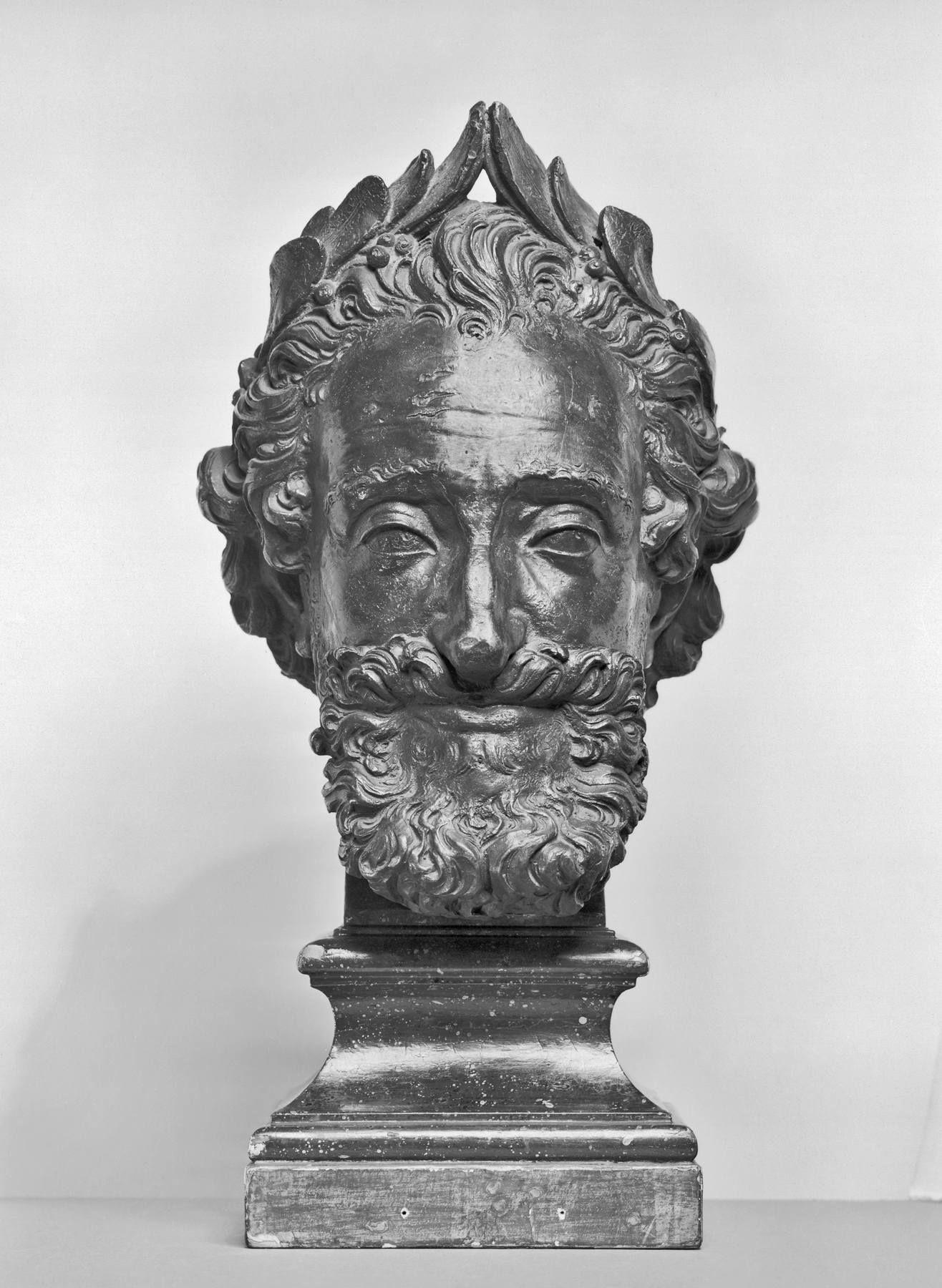 Henry IV of France (1553-1609) here wears a laurel wreath, which, since the days of ancient Greece, has signaled a victor. The wreath and the king's relaxed smile suggest that he is both a great military leader and a compassionate father figure-the perfect "good king." Two other portraits of him are nearby.

The surface of the bronze preserves the masterful modeling of the wax model. Flaws at the back of the neck may explain why this fine work was left in a rough state instead of being carefully finished like a nearly identical version in the Louvre Museum, Paris. The head was surely intended to top a bust or full-length statue prepared separately and possibly made of another material such as marble. Jacquet was sculptor to the king from 1595 and worked in both marble and bronze.