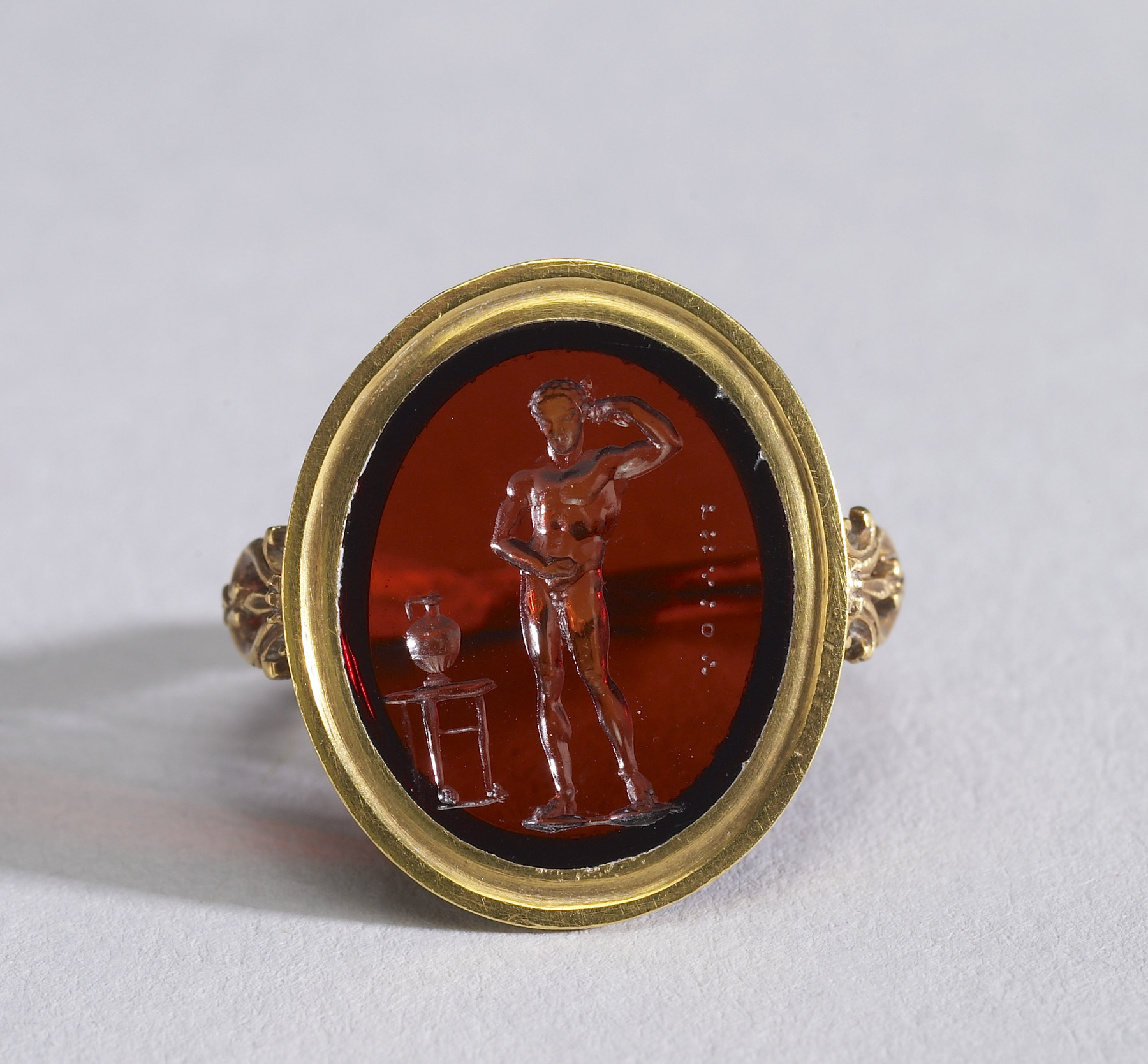 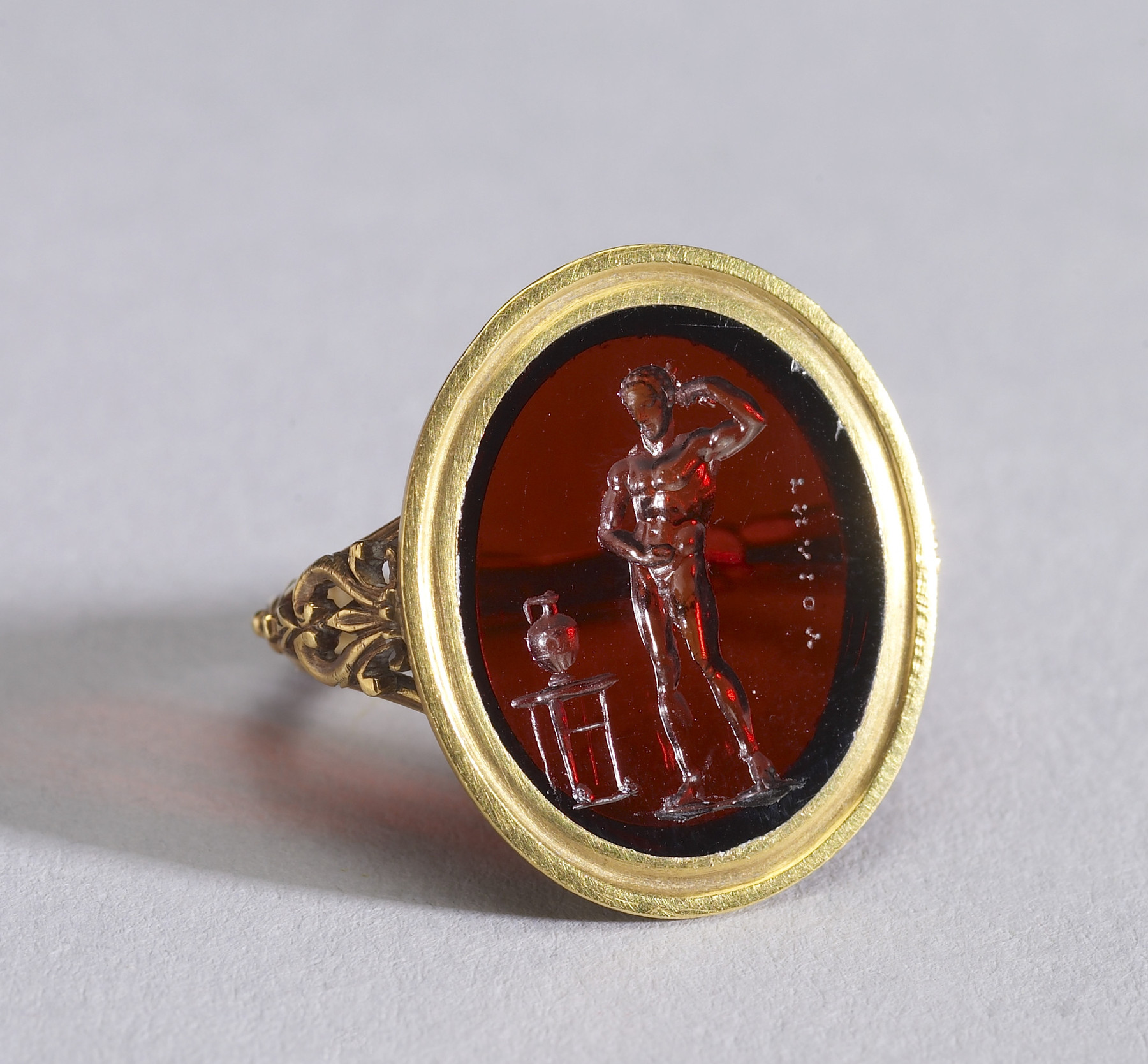 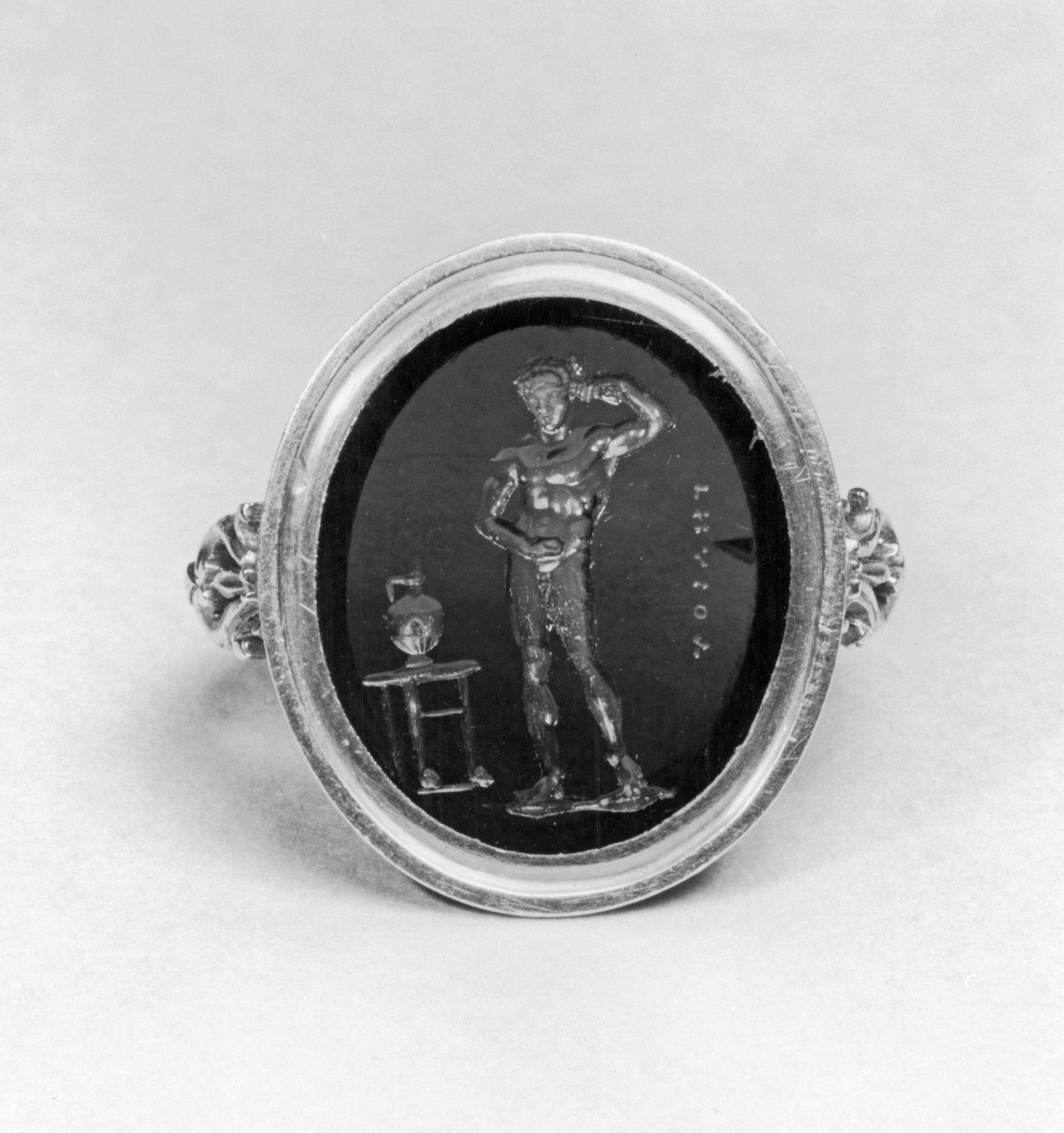 Intaglio with an Athlete Set in a Ring

This intaglio depicts an athlete, frontally, pouring oil from an alabastron with his left hand. To the left is a water jug (hydria) on a table. The athlete may be a small-scale depiction of a famous Greek statue by one of the followers of the renowned sculptor Polykleitos (5th century BCE).
The gem is inscribed vertically on the right with the name of a well-known gem-carver of the late 1st century BCE, ΓNAIOΥ (Gnaios). The intaglio has been largely abraded due to early modern cleaning.