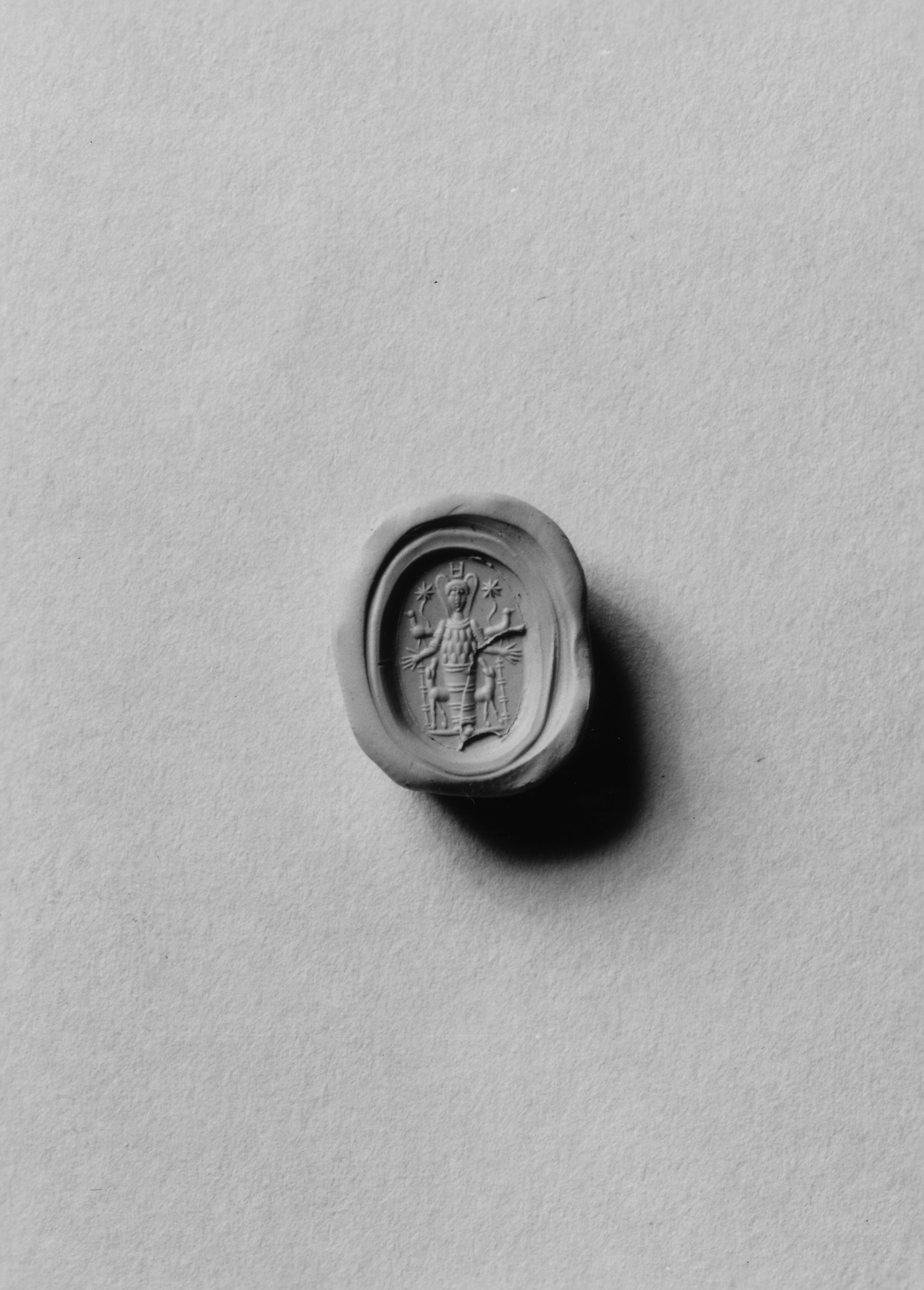 Intaglio with Ephesian Artemis Set in a Mount

This intaglio depicts Ephesian Artemis frontally with a dog and a bird on either side.