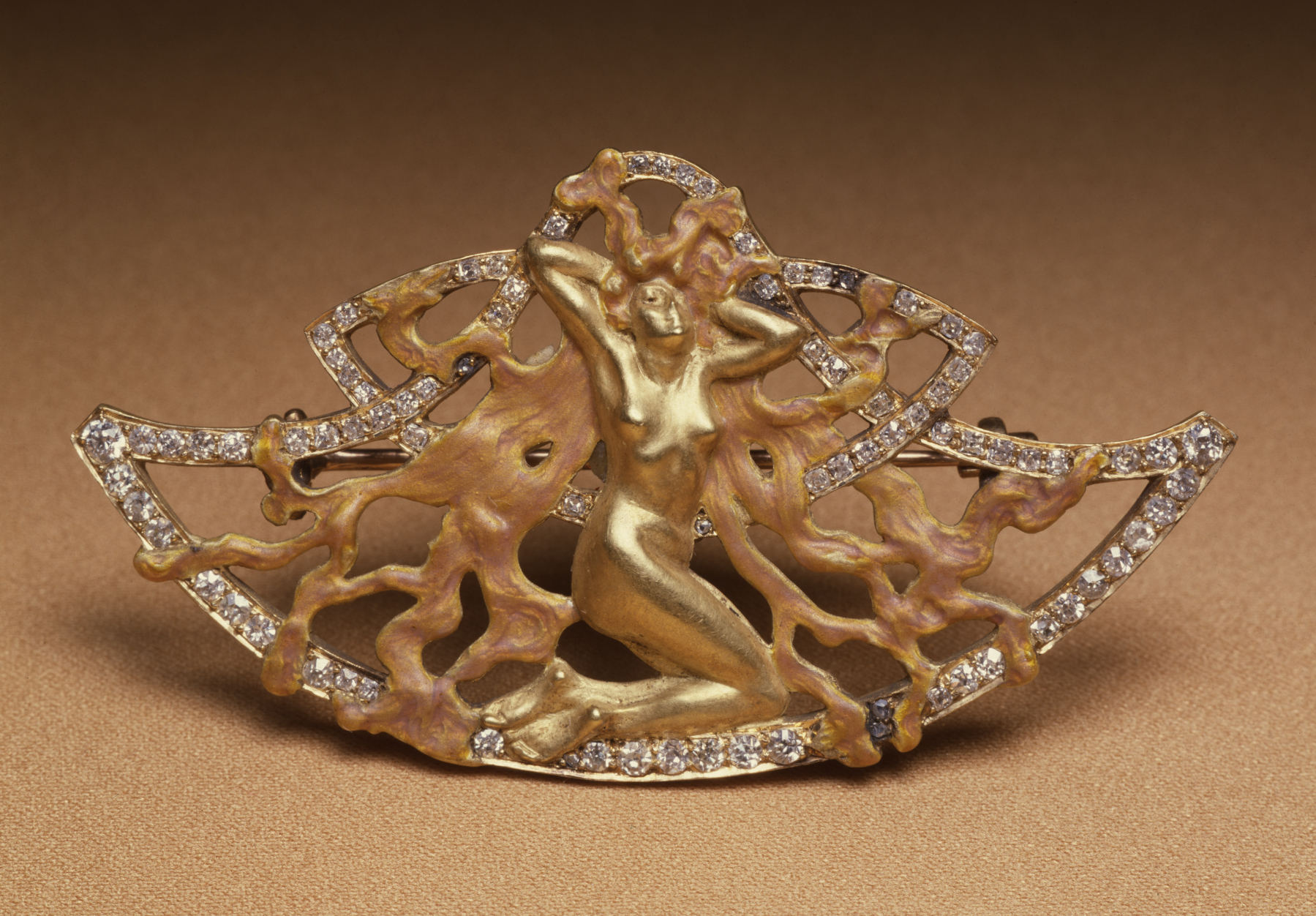 This is one of the more wearable pieces by Lalique purchased by Henry Walters at the Saint Louis World's Fair in 1904. A gold, kneeling nude woman, with her body turned at the waist and her arms raised behind her head, is placed against a curvilinear, symmetrical gold framework set with small diamonds. Characteristic of Lalique's most flamboyant Art Nouveau style is the nude's enameled, cascading red hair. The use of an entire human figure as a decorative motif was considered a remarkable innovation in jewelry design.