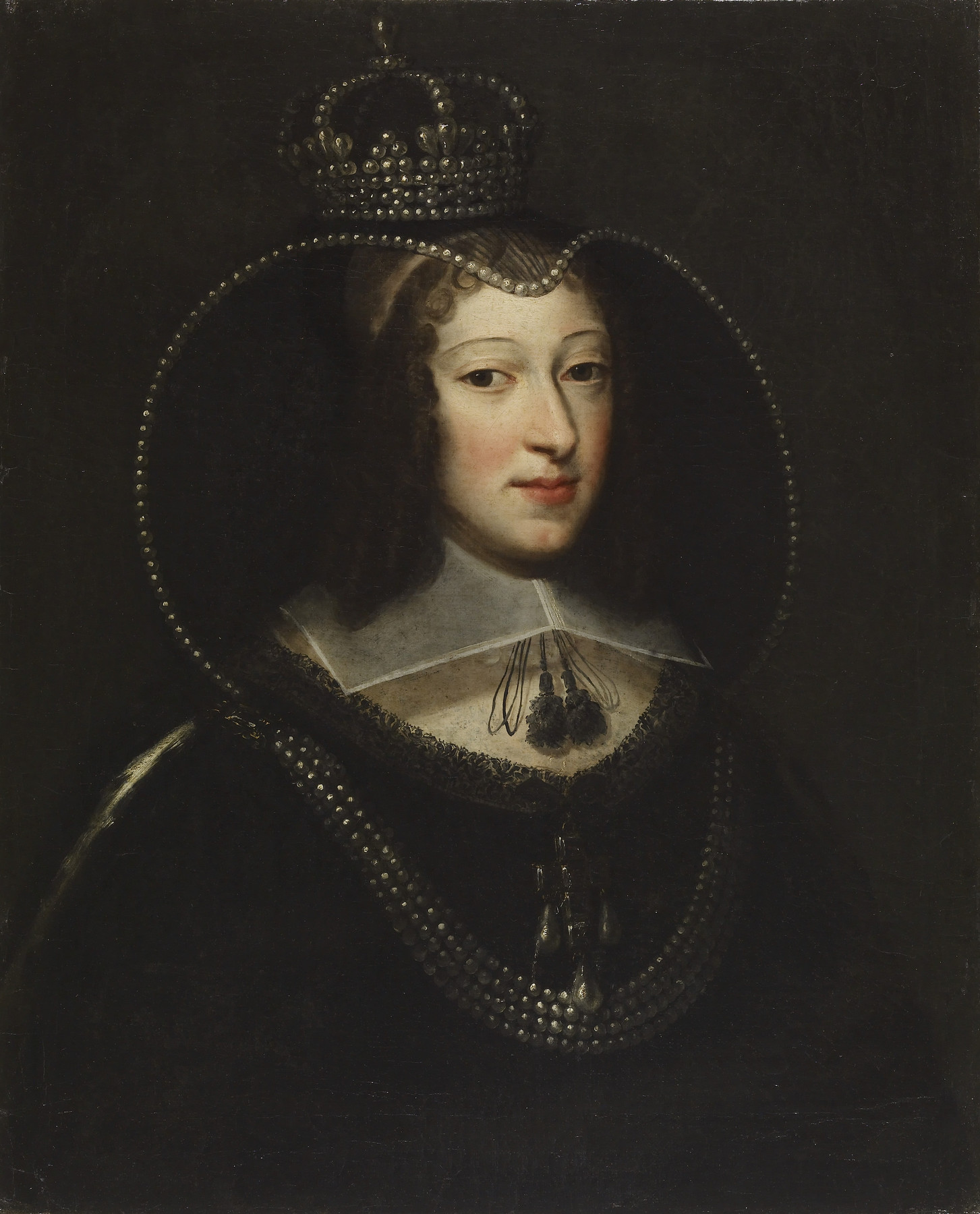 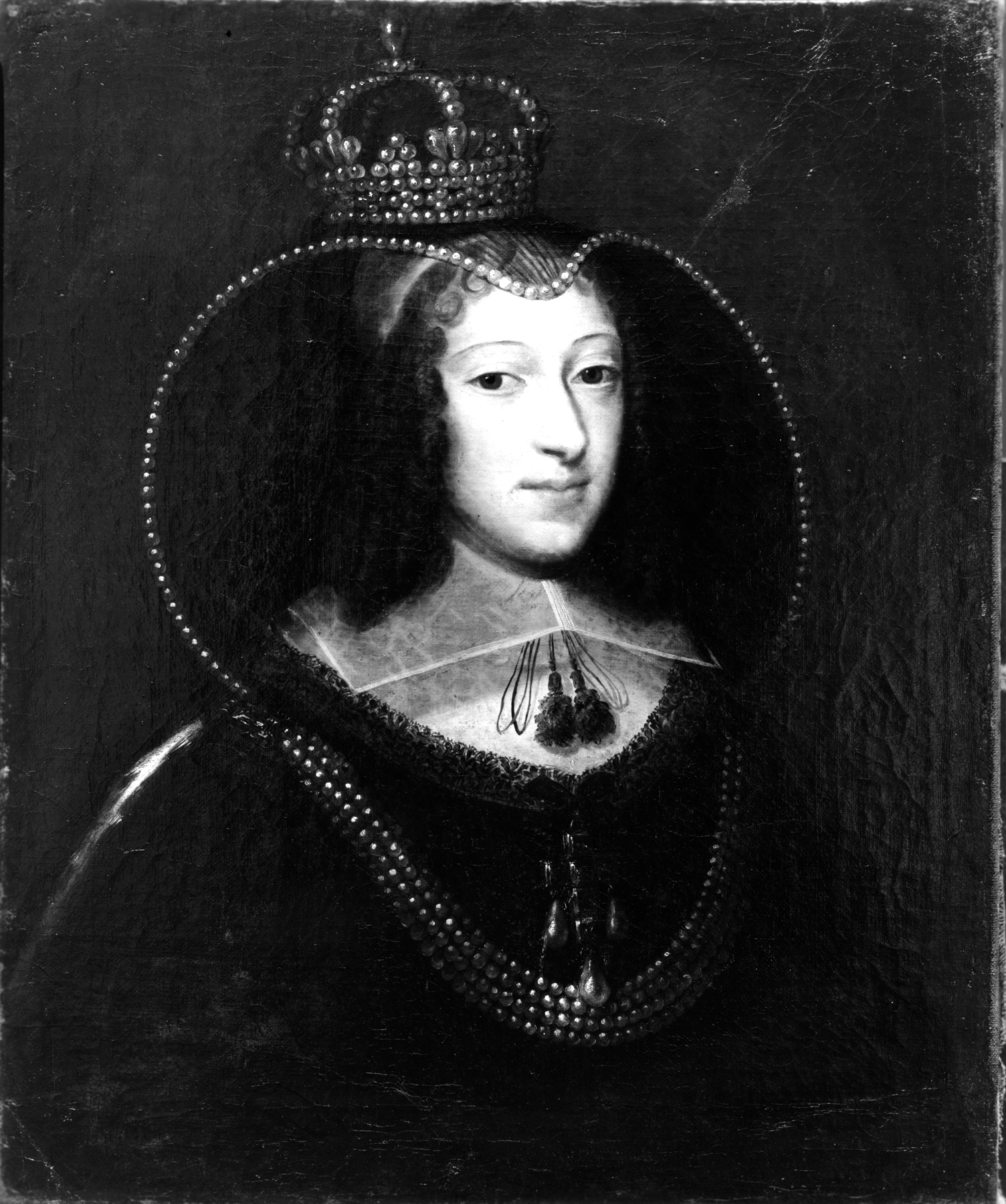 Portrait of Christine of France, Dowager Duchess and Regent of Savoy

Christine Marie of France (1606-1663) was the daughter of Henry IV King of France and the sister of Louis XIII as well as Henrietta Maria, who became Queen of England. Christine married Victor Amadeus I, Duke of Savoy in 1619 (died 1637). Savoy was then a separate country with its capital at Turin (Torino, now part of Italy).
Depicted in mourning attire, the widowed duchess wears the ropes of pearls along with a crucifix in diamonds or rock crystal with pearls that demonstrated the magnificence expected for formal portraits of royalty in the mid 1600s. After the death of her husband she was regent for first one son and then, after his death, the second until 1648, managing to keep the French as well as rivals within the family at bay.