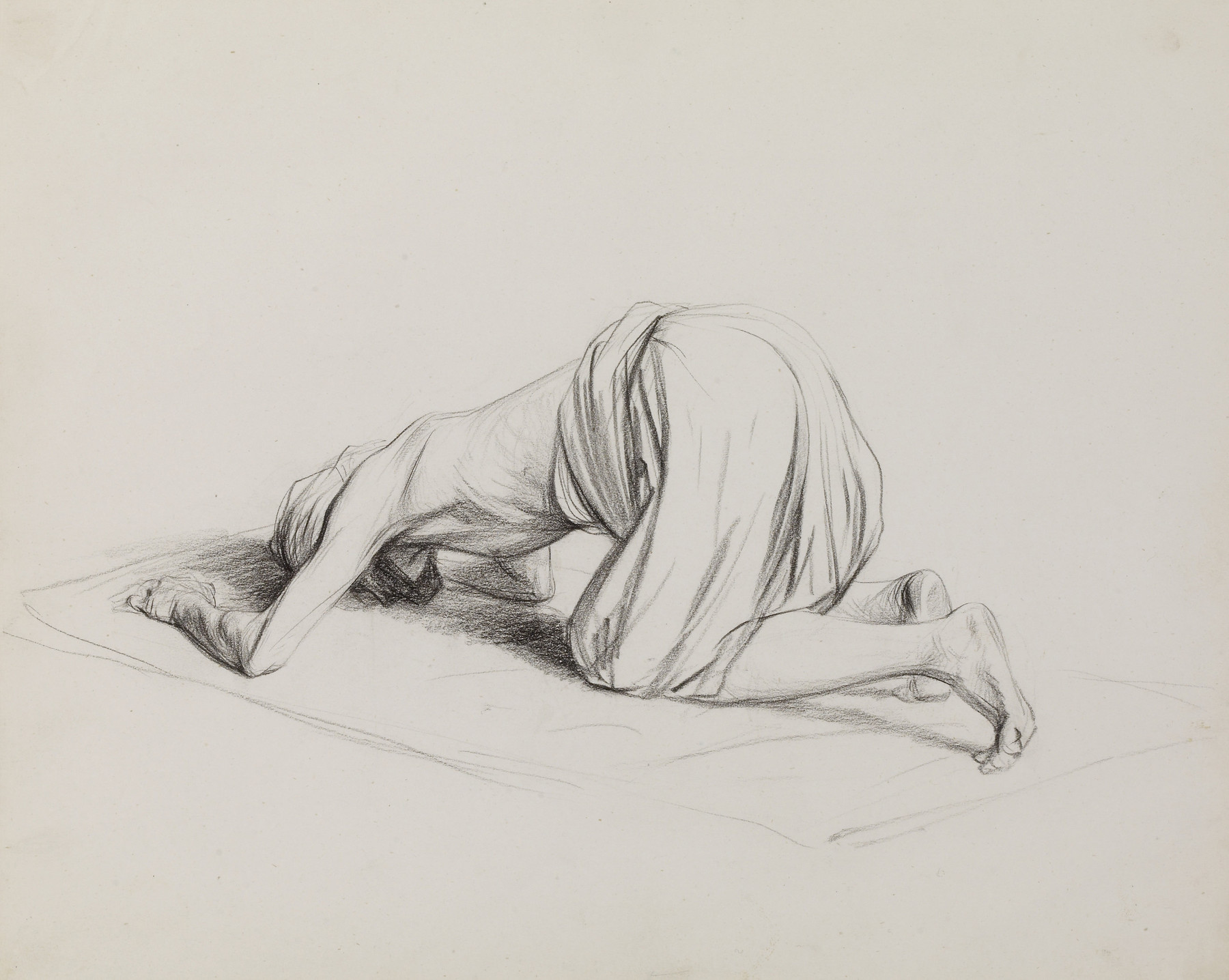 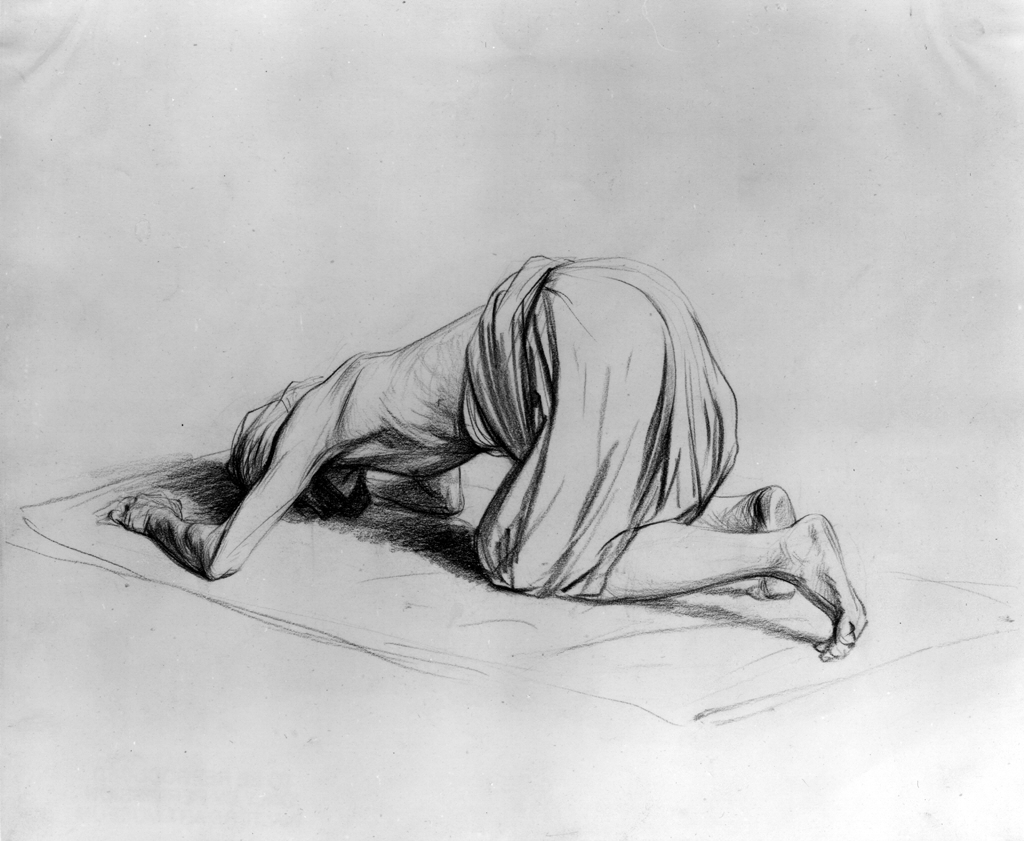 This may be a study for a lost painting or illustration known only as a grisaille (a monochrome) in oil titled "Arabs at Prayer," which shows a group of men, seen from behind, in the interior of a mosque. This lost work is reproduced on page 305 of Gerald A. Ackerman's annotated reissued version of the drawings course that Bargue put together with fellow French academic painter, Jean-Léon Gérôme. This became the leading resource for teaching drawing in the second half of the 19th century.

"Moslem Prostrating Himself on a Prayer Rug" was one of four drawings purchased in June 1883 from Goupil by George Lucas, William T. Walters' primary dealer in Paris. Walters' interest in images of prayer dated back to the early 1860s, when he filled two entire albums with such works. 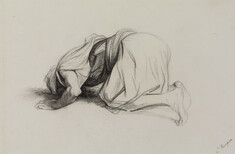 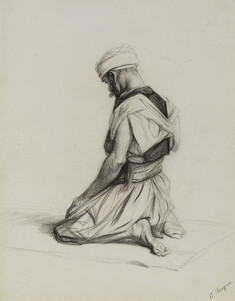 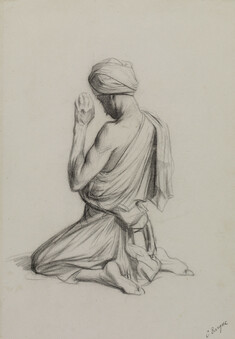