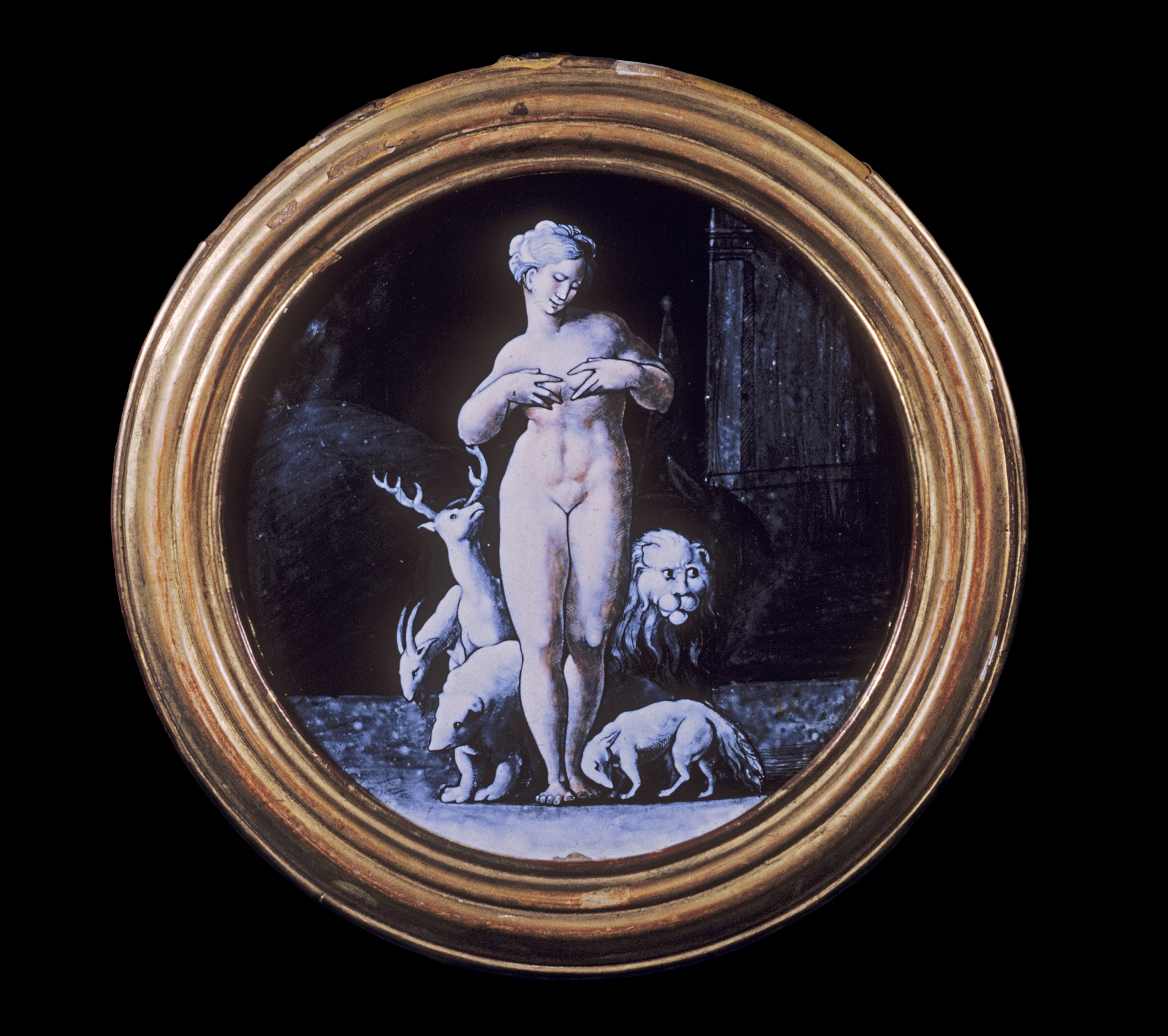 Medallion with the Goddess Ops

This medallion, signed by Leonard Limosin in gold on the lower right, portrays the goddess Ops, a personification of plentiful nature. Ops squeezes milk from her breasts to feed the beasts gathered at her feet: a goat, a deer, and a bear on the viewer’s left, and a lion and an ass on the right. In the background, a dark rocky formation is visible, as well as a pyramid and a shed with a pilaster. The strong profile and roundness of Ops’s body are accentuated by the clear drawing and silvery tones of the design. The medallion is executed in luminous grisaille (grayness), an effect popular with painters as well as enamellist that calls on the aesthetic qualities of marble sculpture. It emerged in Limoges enamels during the 1530s, and is achieved by building up the design in black and white enamel.

The composition is derived from a print engraved in 1526 by Jacopo Caraglio (1500-1565), after a composition drawn by the Italian painter Rosso Fiorentino (1495-1540). Fiorentino began working at the French royal court at Fontainebleau during the 1530s, and his paintings and engravings heavily influenced French artists. Though Limosin’s early designs were taken from prints by northern European artists like Albrecht Dürer (1471-528), by the time he made this medallion, he had begun to look more to the paintings and prints of the Italian Renaissance masters, as well as the French and Italian mannerists. Medallions or plaques of this scale could be set into furniture or woodwork to create a long-lasting decorative ensemble. For more on Limosin and his career, see 44.209. To see other works by the artist, click on his name in the creator field.