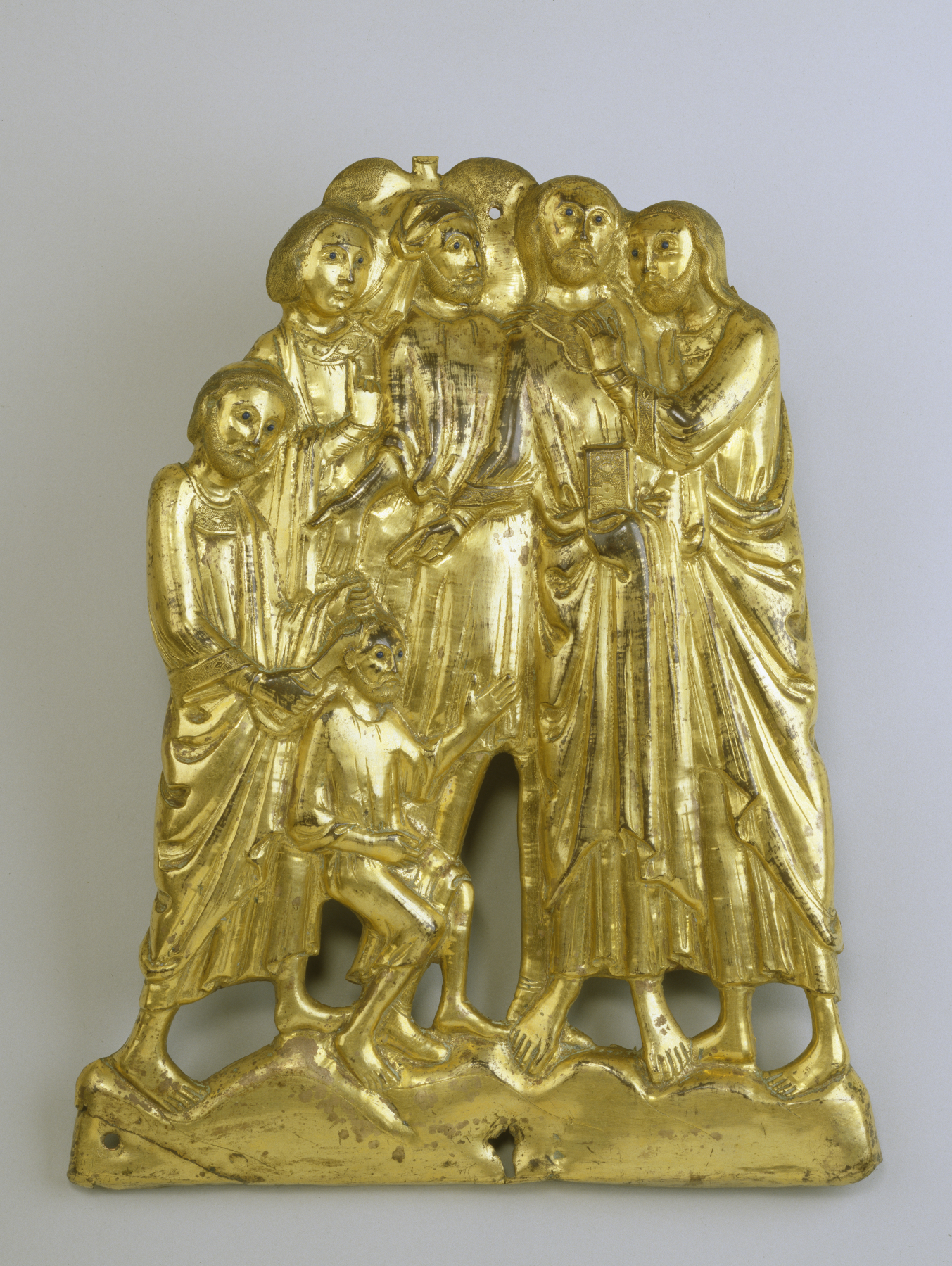 The Betrayal of Christ

This fragment of a large French altar frontal shows the Betrayal of Christ by Judas. In a dramatic composition with elongated figures typical of the Gothic style, Christ is kissed by Judas and thus identified for arrest by Roman soldiers. At the left of the scene, one of Christ's followers cuts off the ear of the high priest's servant, an act condemned by Christ with his outstretched hand. This gilt copper relief was once attached to a panel that also included areas of enamelwork, and was probably made in Limoges, a city renowned for enamel and other metalwork from the twelfth century through the end of the Middle Ages. This and other scenes would have formed an unusually large altar frontal, and the narrative of Christ's sacrifice would have resonated with the central Eucharistic ritual performed at the altar.