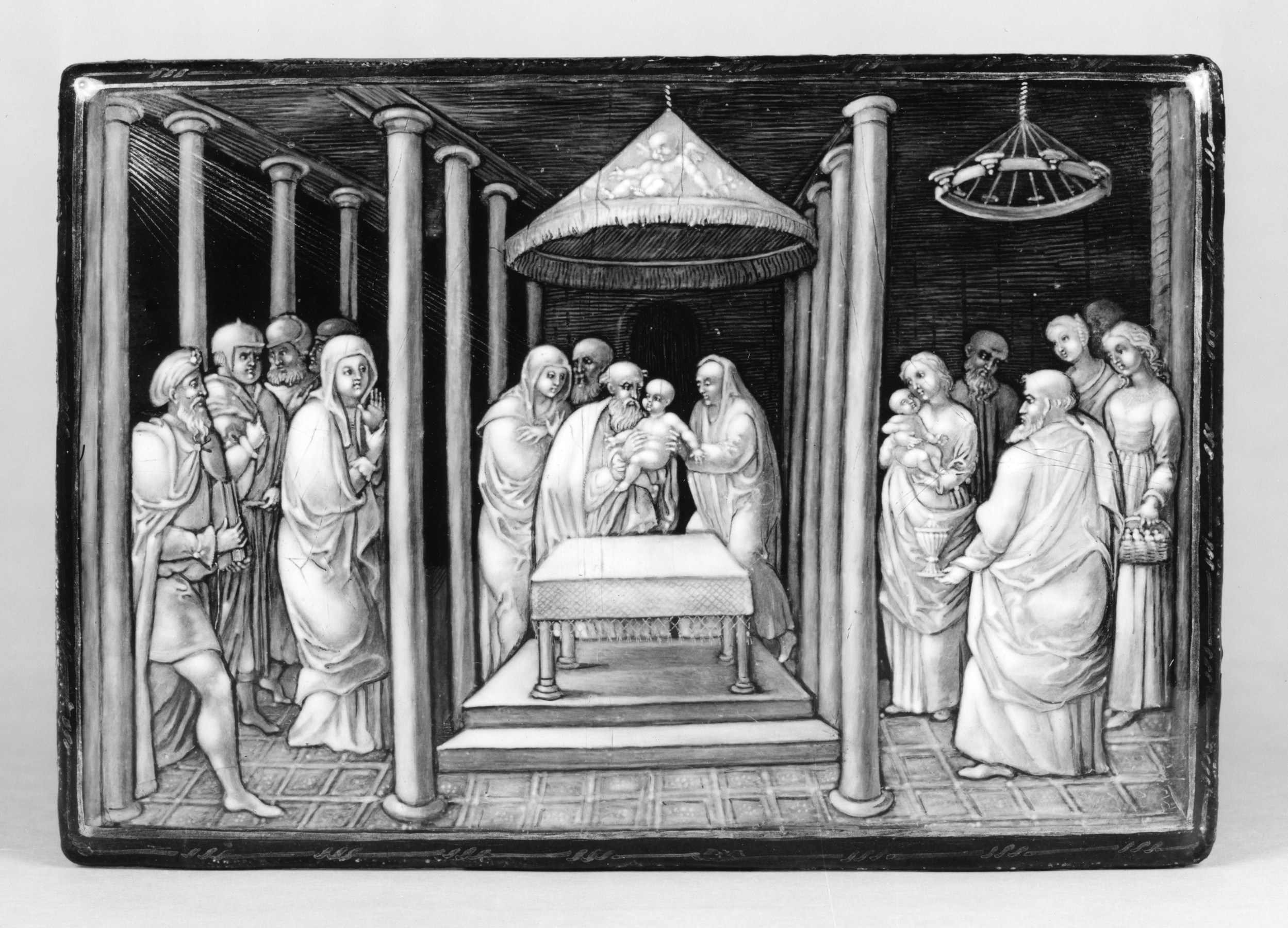 Presentation of the Christ Child in the Temple

The scene takes place in a columnar hall, divided into a nave and two aisles by rows of columns supporting a flat ceiling. The floor is tessellated. On the right, the Holy Family is represented arriving in the temple. Mary holds the child and St. Joseph holds a covered cup. Behind him, a maiden brings four doves in a basket. Three other figures are seen under the ring chandelier. In the center, under a fringed canopy decorated with an image of a putto, is a square altar set on a podium and covered with a cloth edged with a knotted fringe. Simeon and another priest have received the child from Mary and Joseph, who stand behind. In the left aisle, the prophetess Anna, her head covered with a veil, raises her hands in wonder. A turbaned scribe holds the Book of the Law and three other men are seen in the background. Rays of light from the upper left shine upon the central group.