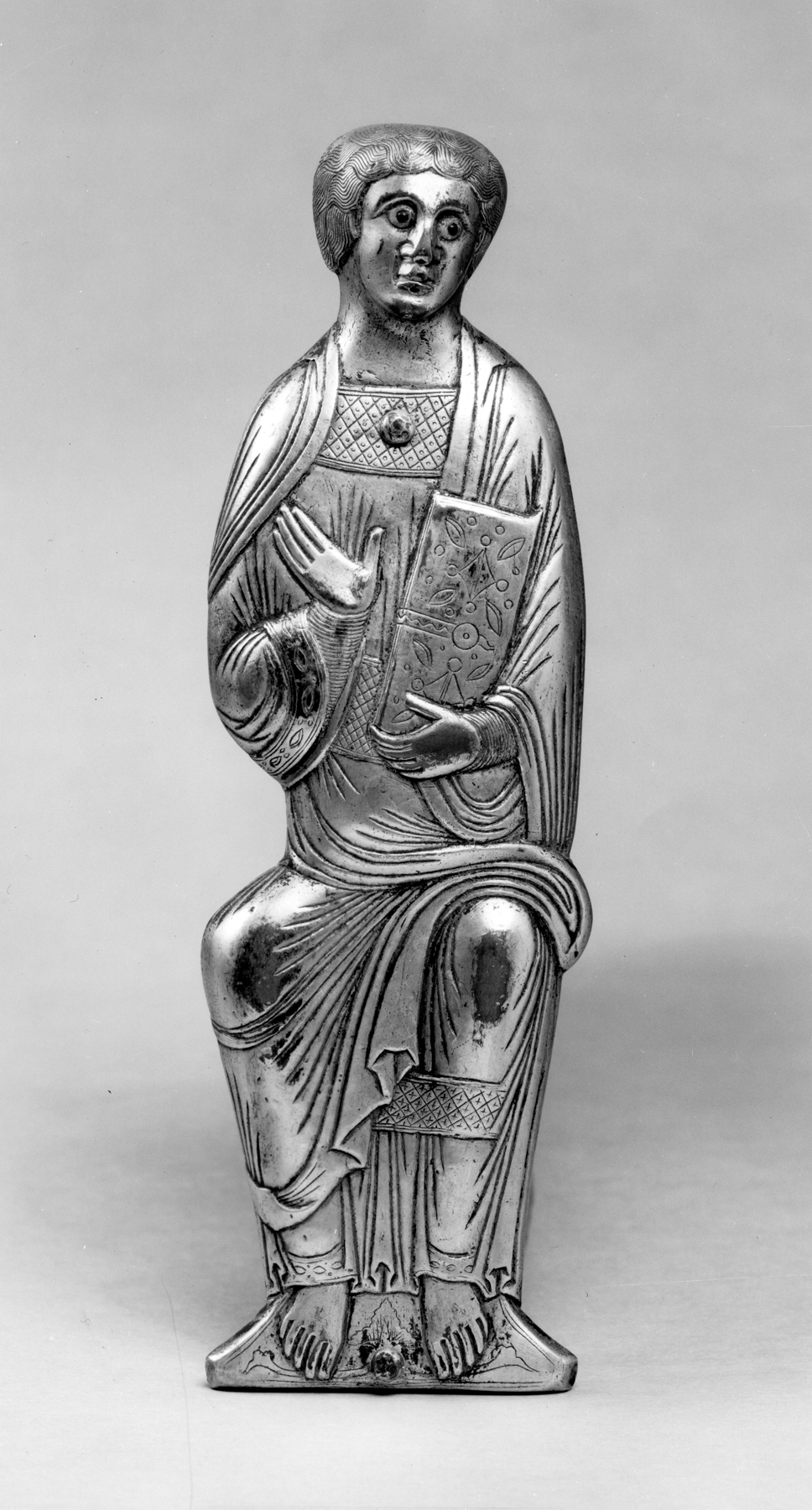 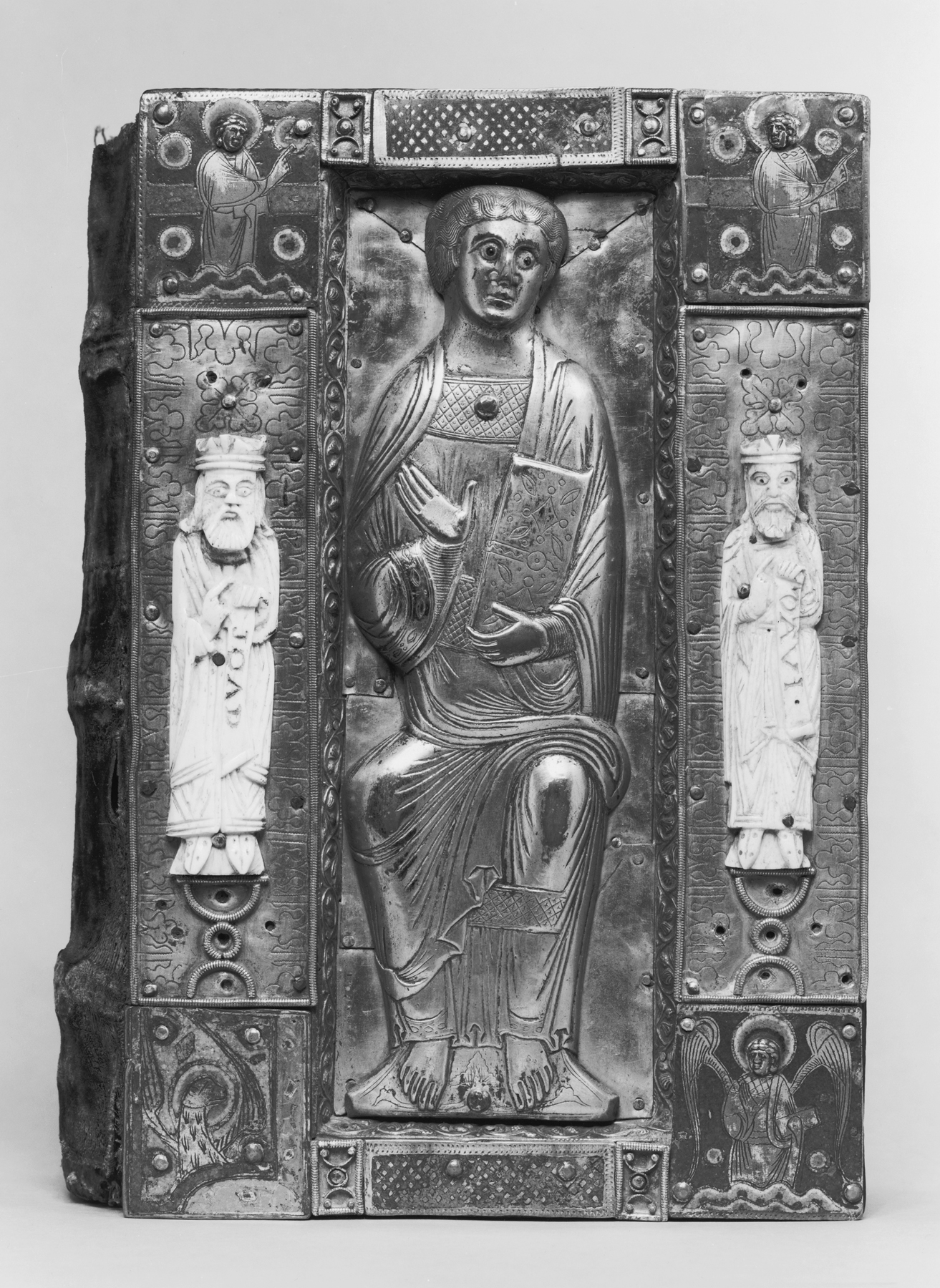 This apostle, enlivened by wavy hair and large enameled eyes, was probably attached to a large shrine or an altar frontal (panel) by means of the nail on his chest. He was likely fixed to a panel of brightly colored enamel, with a throne to sit upon, and a halo behind his head, like the twelve seated apostles on the high altar frontal of the Abbey Church of Grandmont (France). 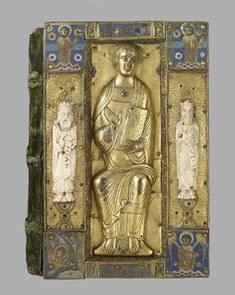