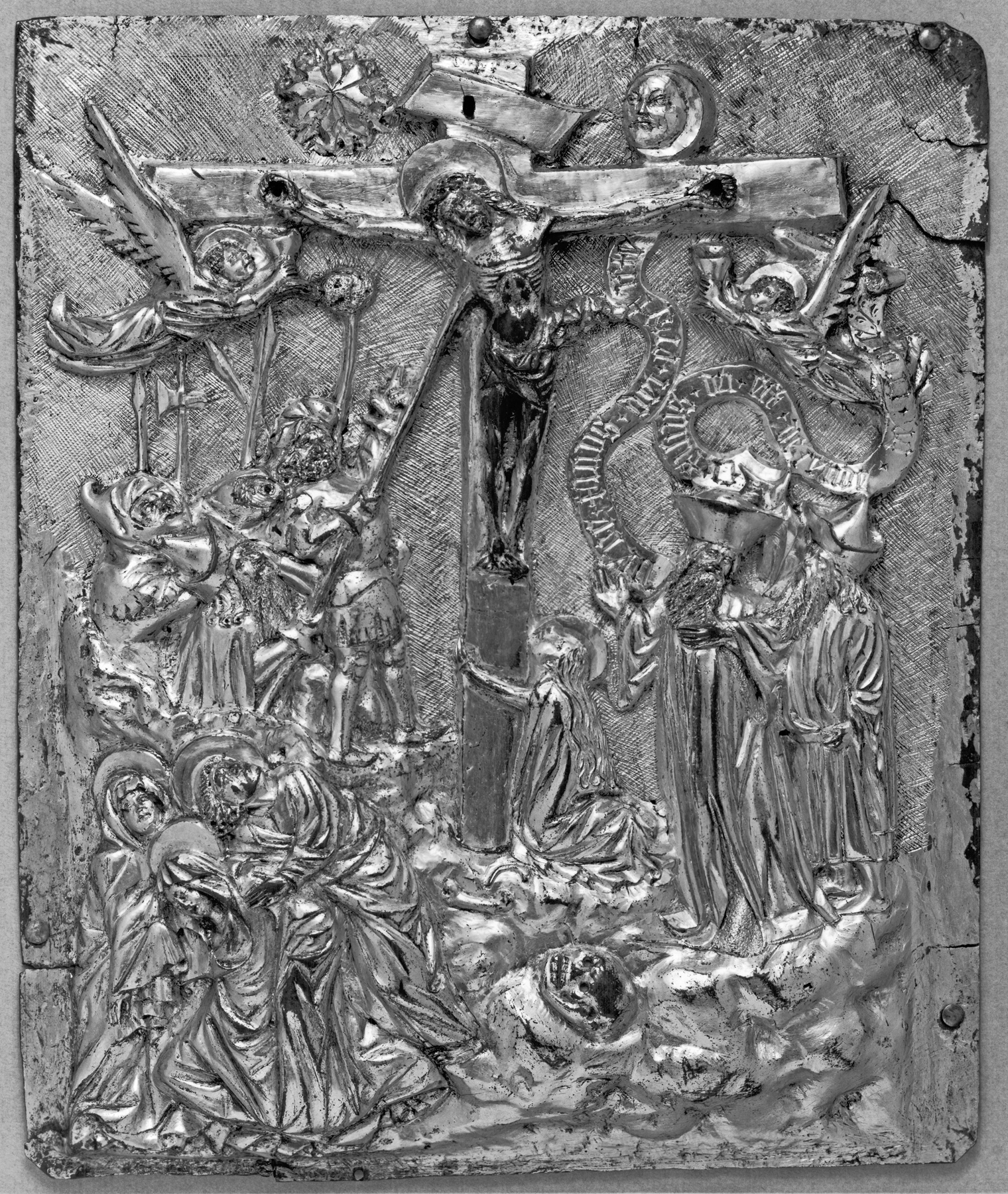 The edges of this intricately crafted plaque suggest that it may have been set into the cover of a Bible. Its pictorial complexity suggests that it was influenced by manuscript illumination in which color distinctions would make it easier to read detail. Landscape details, the most difficult of all to depict in metal, have been left out.

Motifs evoking Christ's role in human redemption include: Adam's skull marking the site as Golgotha (means Place of the Skull), the sun and moon referring to Christ's Judgement at the end of time, angels collecting Christ's blood in chalices, and two bearded men in robes debating whether Christ really is the Messiah. While the man marked as a Jew by his pointed hat calls out, "If you are the Son of God come down from the cross," the believer counters, "Truly this man was the Son of God."