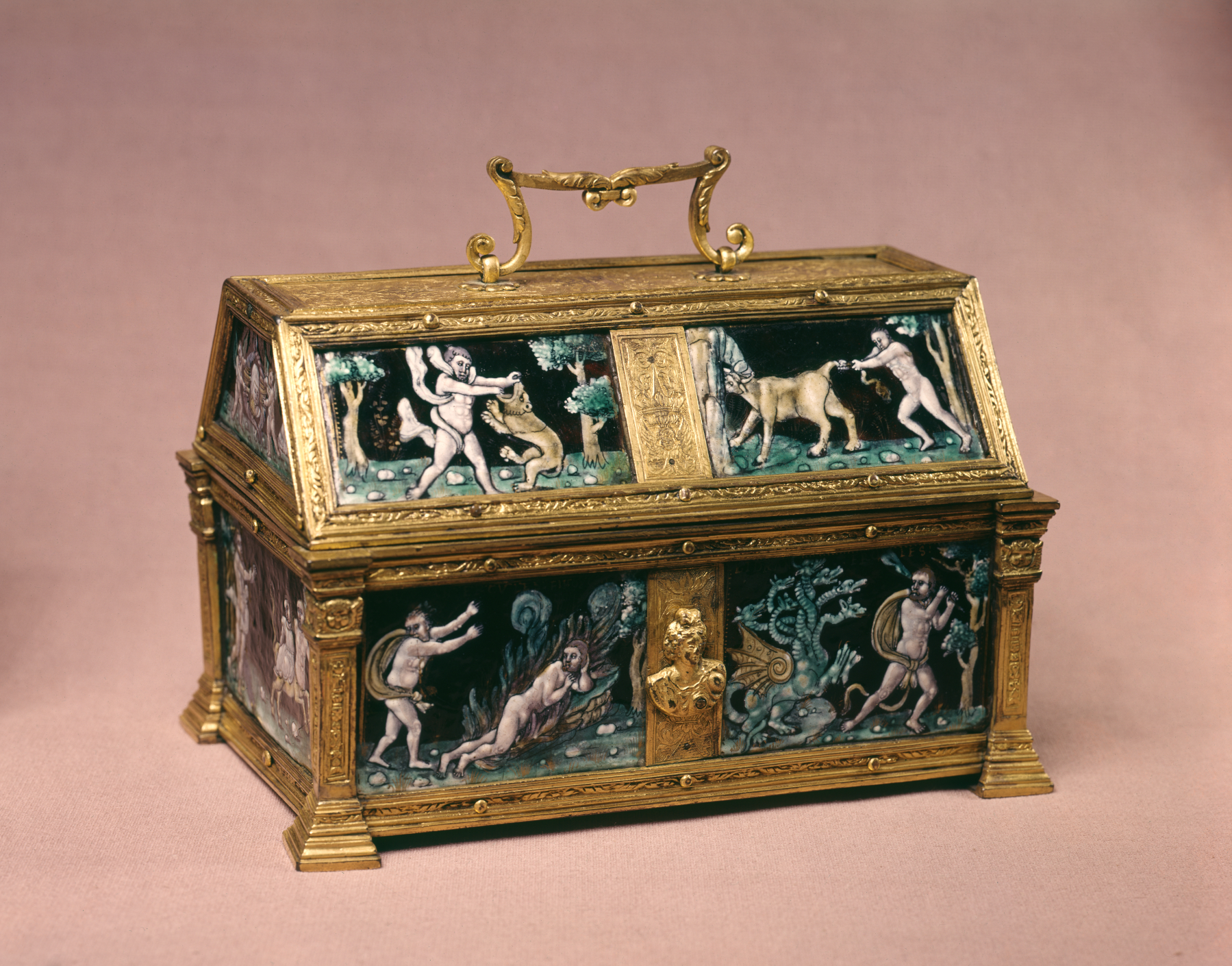 Casket with the Labors of Hercules

This casket, with its original metalwork intact, incorporates ten plaques with the Labors of Hercules. The Hercules subjects were popularized in Limoges by carvings of about 1533 on the choir screen of the city's cathedral. They were ordered by the new bishop, Jean de Langeac, who became an important supporter of Limoges enamellists. The rendering here, following that in the cathedral, is quite awkward, demonstrating no knowledge of classical form. On the front of the casket are representations of Hercules wrestling with the Nemean lion, capturing the Cretan bull, carrying the "pillars of Hercules," and killing of the giant Cacus. The Latin inscription engraved into the top of the casket reads "Fear God."