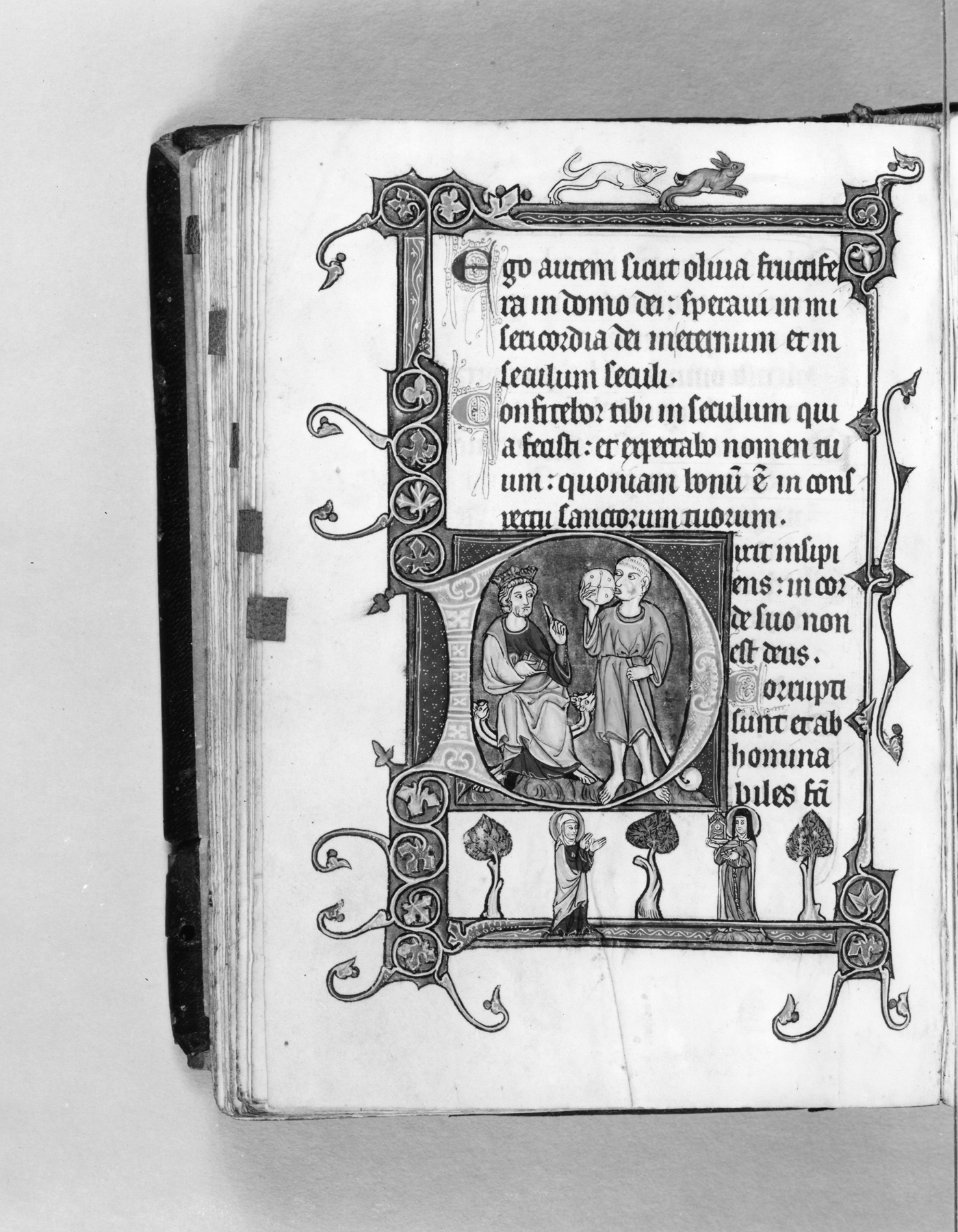 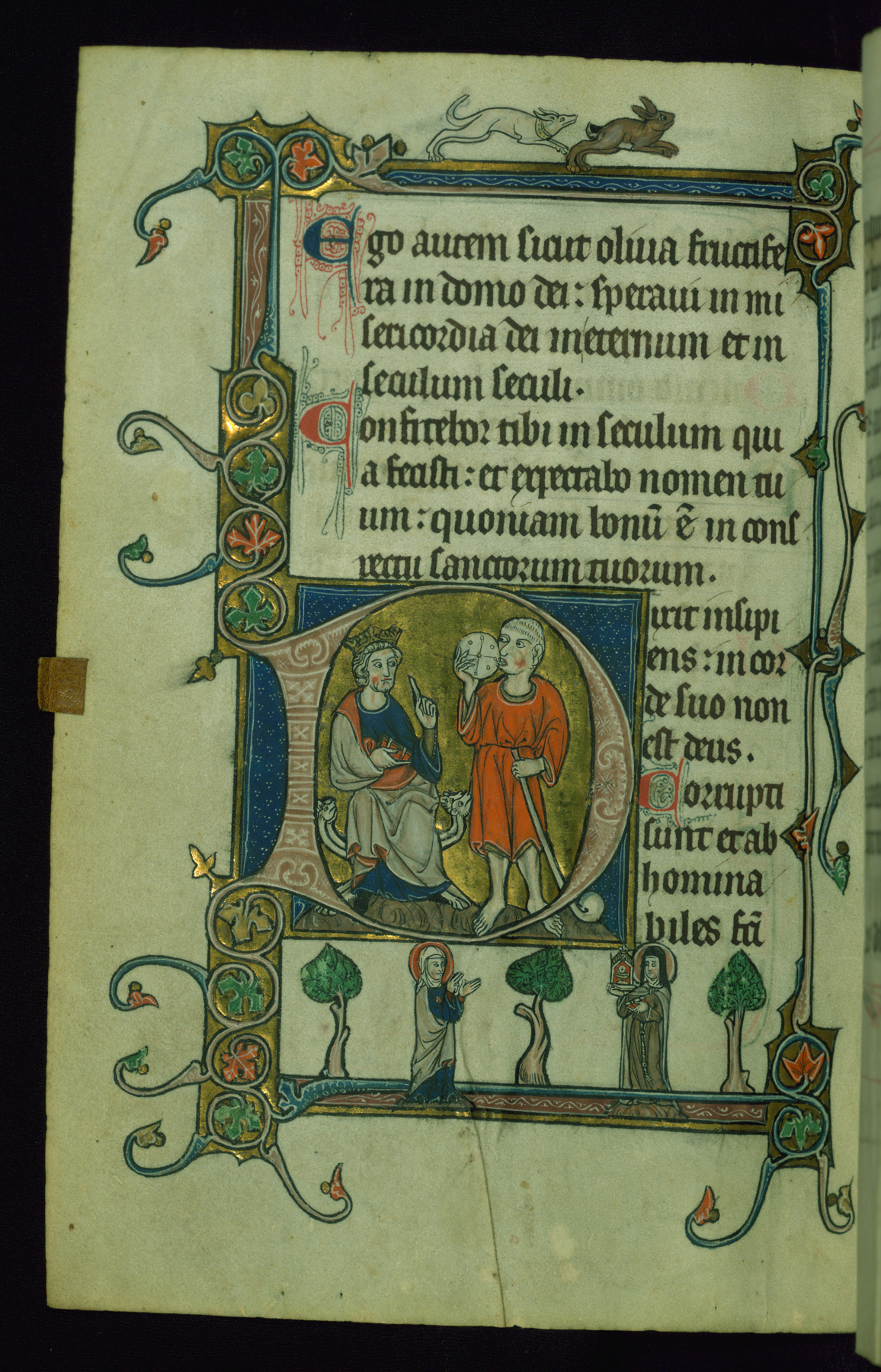 Leaf from Psalter: Psalm 52, Initial D with the Enthroned David Scolding a Fool

This page from Psalm 52 has an illuminated letter D. Inside the letter is an image of King David on his throne scolding a fool. Saint Elisabeth of Hungary and Saint Clare appear at the bottom margin below the text. A dog chases a hare in the top margin. 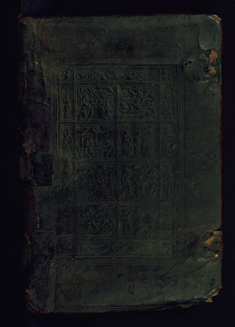