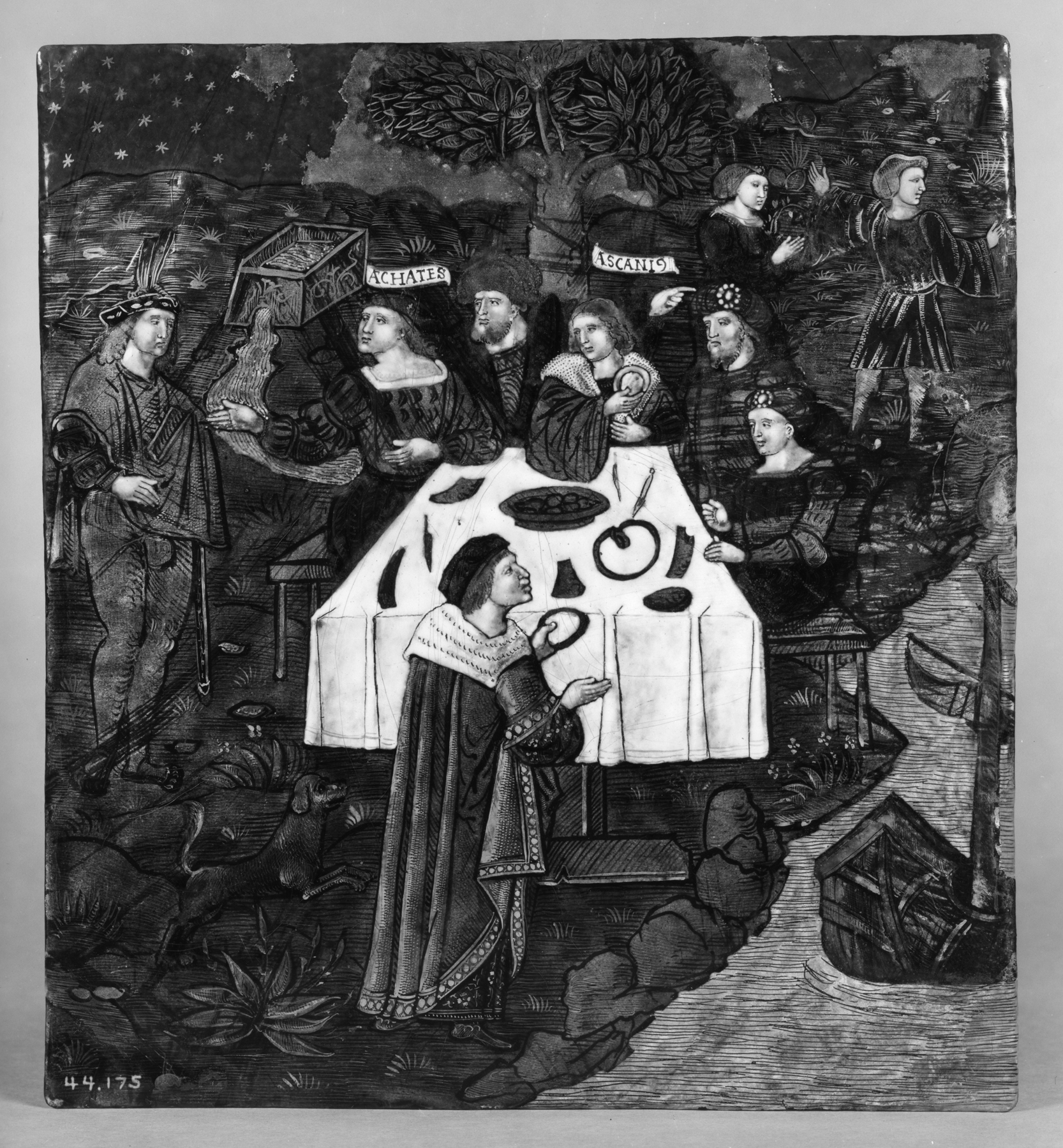 This plaque is part of a series whose designs were based upon the woodcut illustrations of an edition of Virgil, "Opera," edited by Sebastian Brant and printed by Johann Grüninger in Strasbourg, September 9, 1502 (78th illustration, fol. 291). The same cuts appeared in an edition issued at Lyons in 1517 by Sacon.

The plaque depicts a scene from the "Aeneid," (VII, vv. 107-134). After having landed in Italy, Aeneas, his son and his staff spread a feast under the boughs of a great tree on the bank of the Tiber: "they place cakes of meal along the sward beneath the viands- Jove himself inspired them -and they crown the wheaten base with fruits of the field. Here, haply, when the rest was consumed, and the scantness of fare drove them to turn their teeth upon the slender cakes- to profane with hand and daring jaw the fateful circles of crust...'Ha, we eat our tables too,' quoth Iülus, jesting..." Aeneas then cried straightaway: "...Here is our home, here our country! For my father Anchises- now I recall it -bequeathed me this secret of fate: 'My son, when, wafted to an unknown shore, hunger shall compel thee, as food fails, to devour thy tables, then in thy weariness hope for a home..'"

Aeneas presides at the head of the table between Achates, his squire, and Ascanius (Iülus), his son. Ascanius and another squire of Aeneas, who stands at the other end of the table, hold buns in their hands. At the upper left, the source of the Tiber is represented allegorically as a rectangular trough, and on the top right, a maiden holds a leafy bough, as Aeneas prays "to the genius of the place and other gods," (vv. 135 ff.). 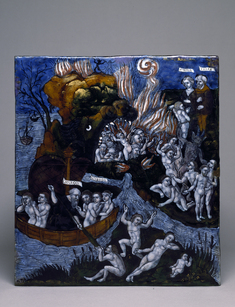 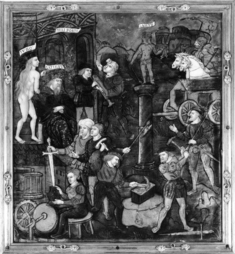 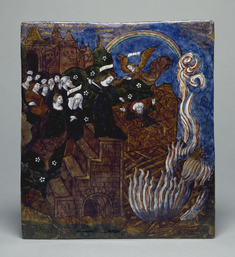 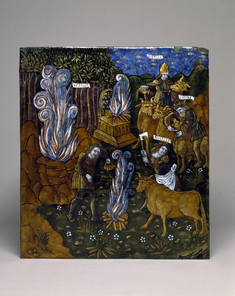 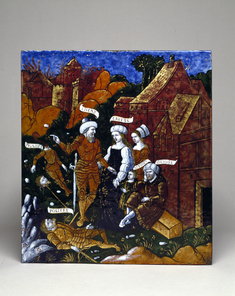 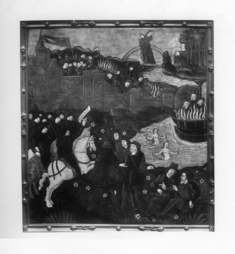