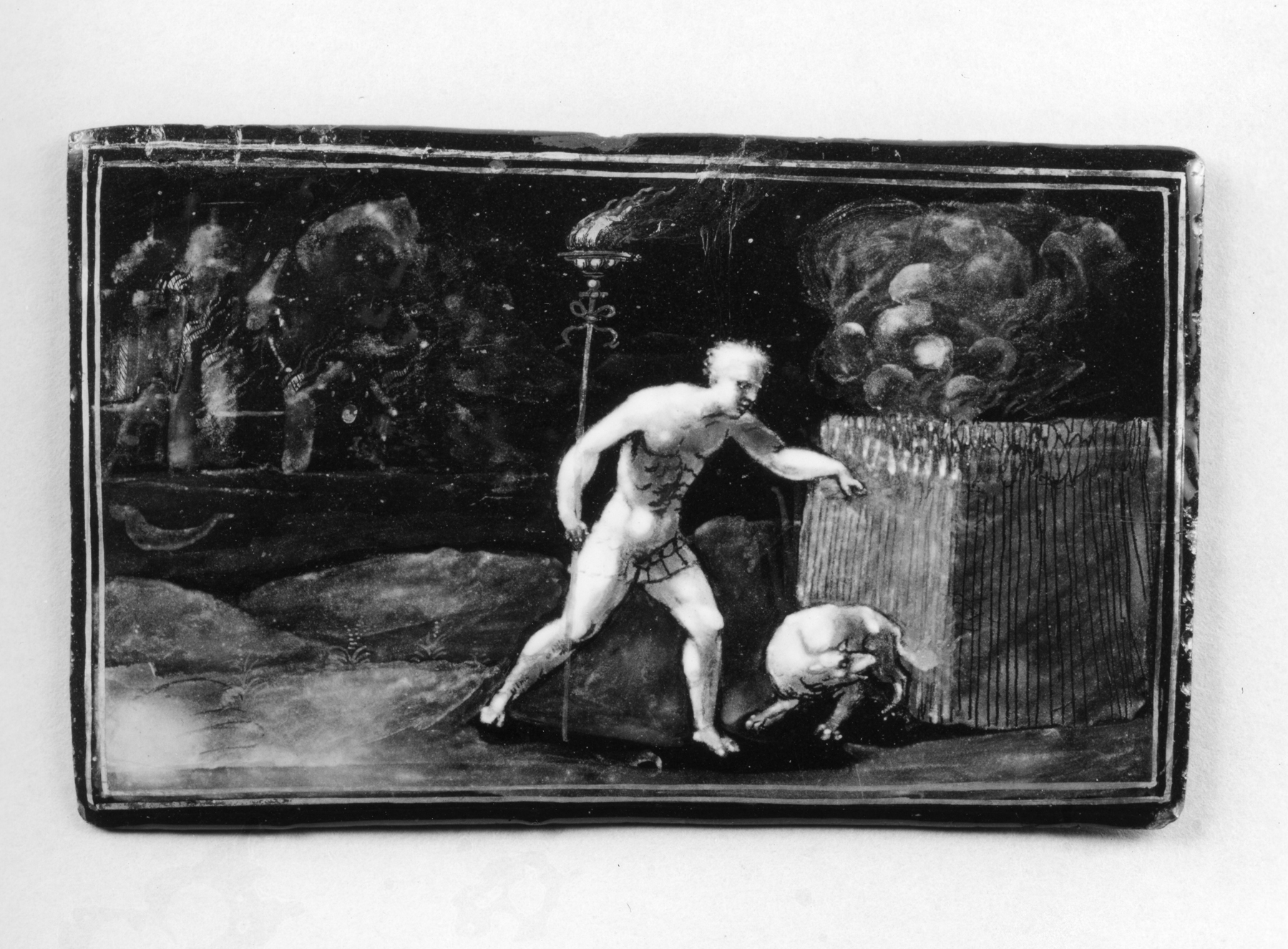 Samson Firing the Grain of the Philistines

Samson is represented as a hero, clothed in a Roman cuirass and buskins. He holds in his right hand the staff of a flaming torch, while with his left he applies a lighted taper to the standing grain. Near him a fox, twisting its body, also sets fire to the wheat with a brand attached to its tail. In the left background a village is ablaze.