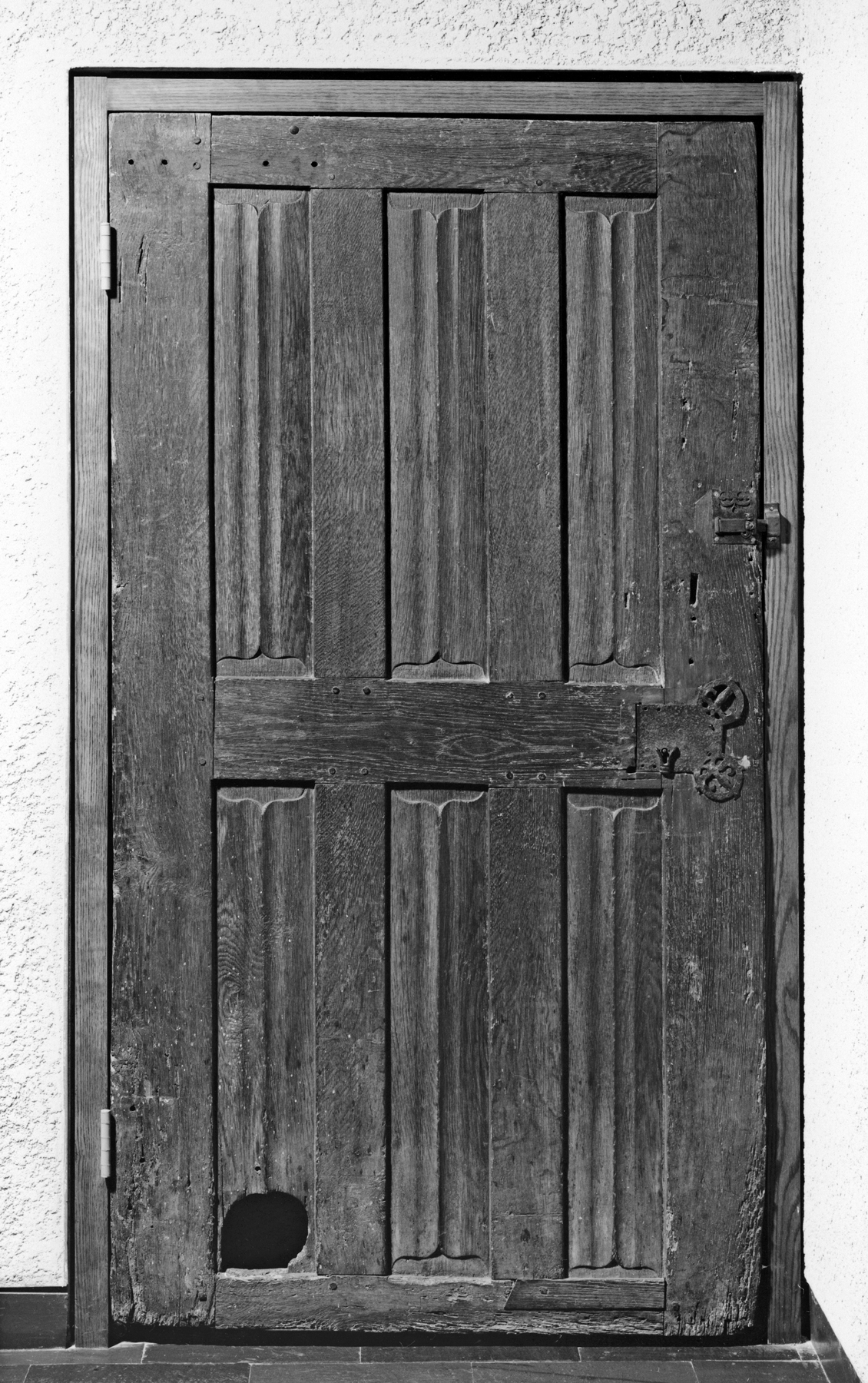 This door, decorated with panels carved in a linen-fold pattern, was probably a back or interior door of a middle-class home. It is remarkable for its cat hole. Cats were primarily kept as working mousers at a time when there was no refrigeration and spoiling grain could tempt mice. Few doors with cat holes have survived from this early period, but the 14th-century English writer Geoffrey Chaucer described one in the "Miller's Tale" from his "Canterbury Tales." In the narrative, a servant, whose knocks go unanswered, uses the hole to peek in: "An hole he foond, ful lowe upon a bord/ Ther as the cat was wont in for to crepe,/ And at the hole he looked in ful depe,/ And at the last he hadde of hym a sighte."