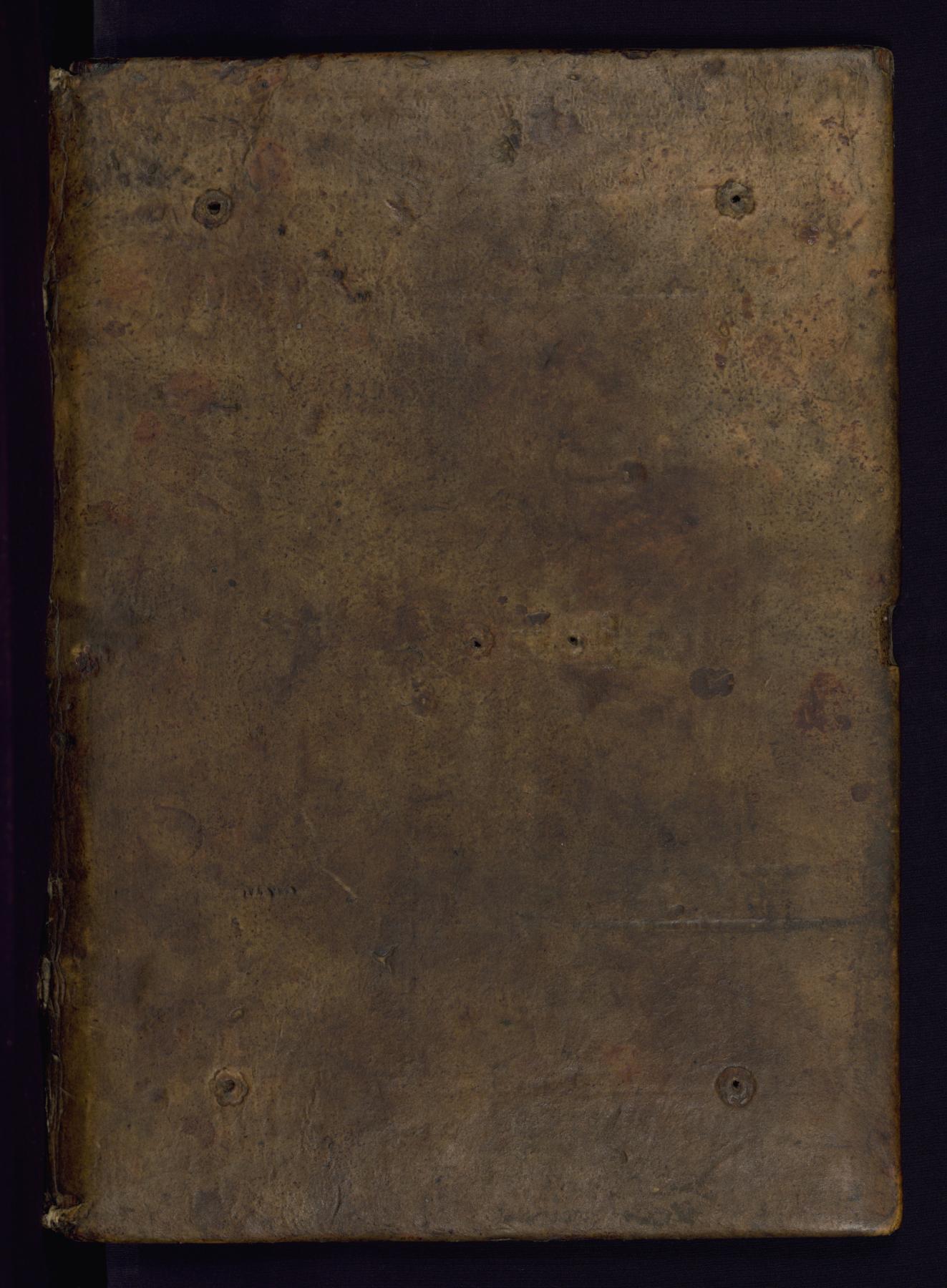 Gloss on The lamentations of Jeremiah

This illustrated copy of The lamentations of Jeremiah with the gloss (or interpretation) of Gilbert of Auxerre was written in Austria in the second half of the twelfth century and comes from the monastery of Seitenstetten. Gilbert died in 1134, and the manuscript is an early and important witness to his text. The gloss is written in a small script and is both interlinear and marginal. This layout is typical of glossed books of the Bible from the twelfth century. The illustrations of the sack of Jerusalem and the return to Babylon give valuable information on twelfth-century armor. The manuscript is in its original binding. 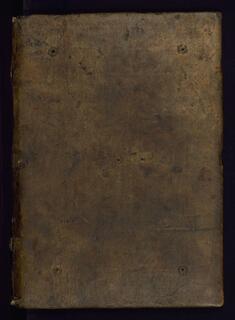 Binding from Gloss on The lamentations of Jeremiah 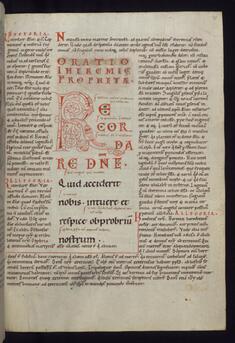 Initial "R" with a dragon 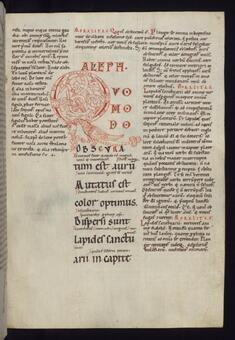 Initial "Q" with a dragon 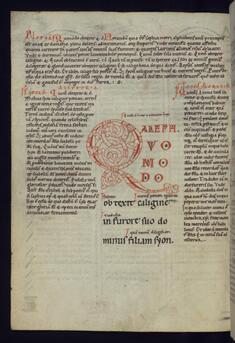 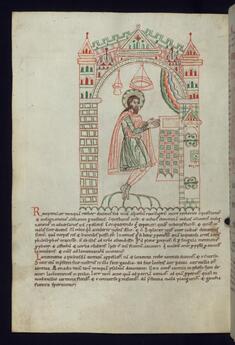 Jeremiah praying in the temple 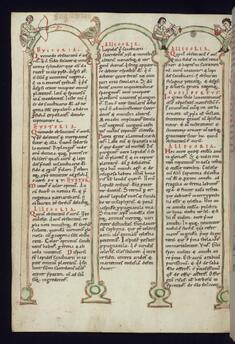 Arcade with a hunter and a scribe 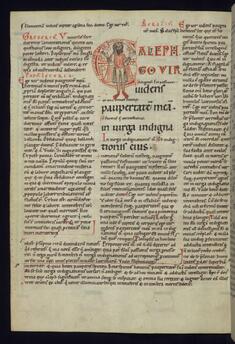 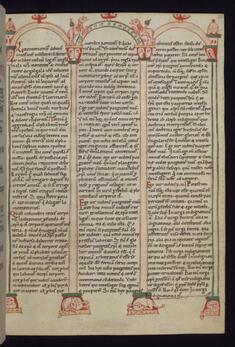 Arcade with lions, masks, and beasts 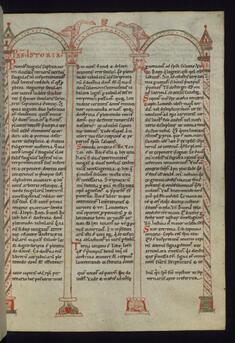 Arcade with vultures, masks, and beasts 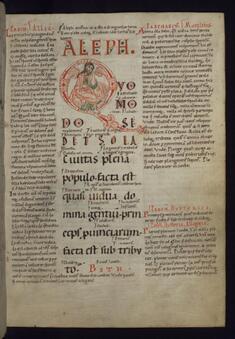 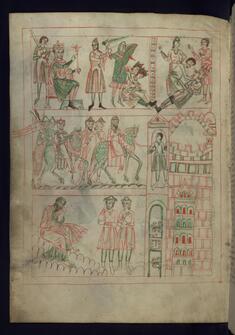 Execution of King Sedekiah of Judah's sons; Blinding of Sedekiah; Return to Babylon with the blinded king; Jeremiah lamenting before a walled city 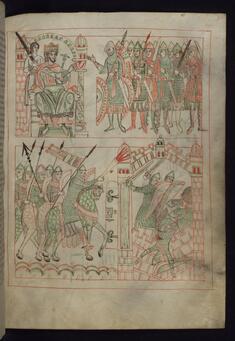 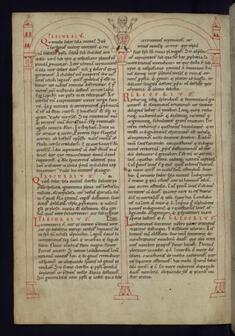 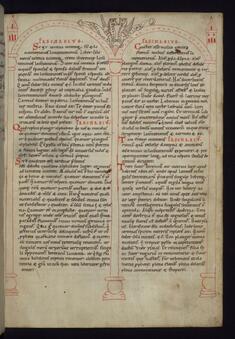