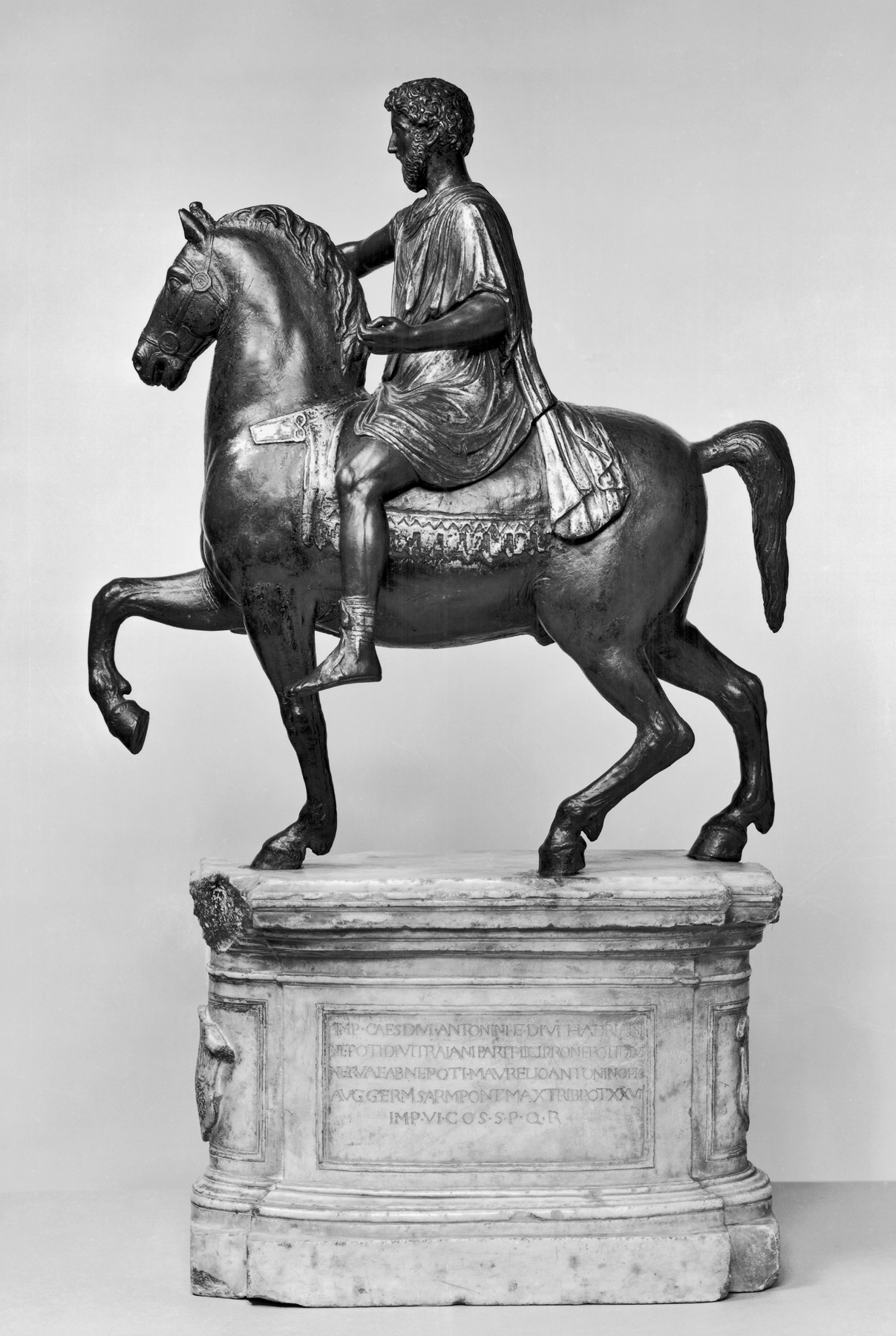 This is a reduction of the monumental statue on the Capitoline Hill, Rome, dedicated in AD 176- the only equestrian statue from antiquity to have survived. It escaped being melted down for cannon because it was thought to represent Constantine, the first Christian emperor. In the early 1500s, the rider was correctly re-identified as the Roman emperor Marcus Aurelius (reigned 161-180), particularly respected by humanists for his philosophical writings on ethics.

Although the first reduction of this important public statue was made in 1465 (for the study of the Florentine patron and collector Piero de' Medici), this one can be dated to after 1564, when the marble base reproduced here (designed by Michelangelo) was put in place.