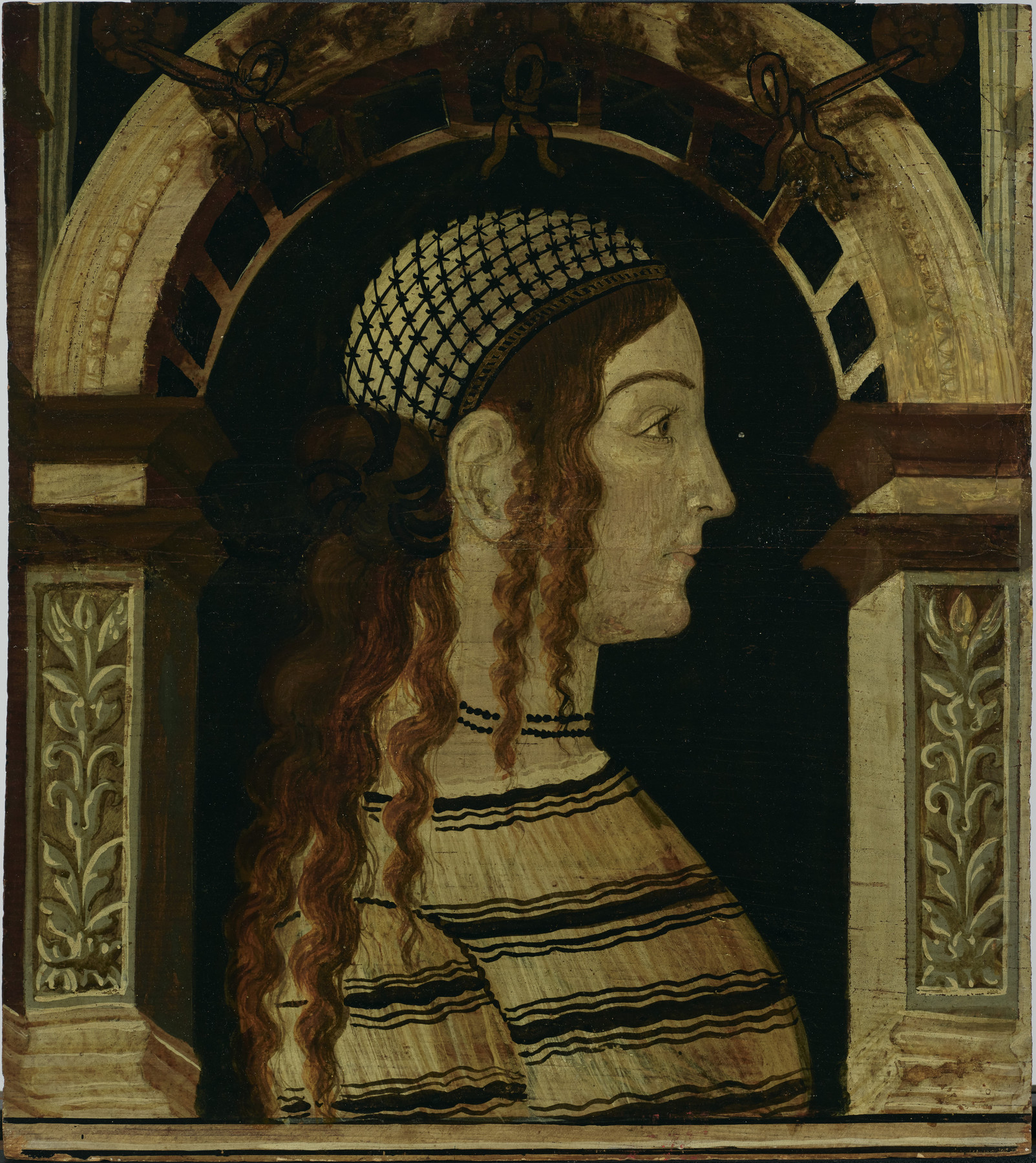 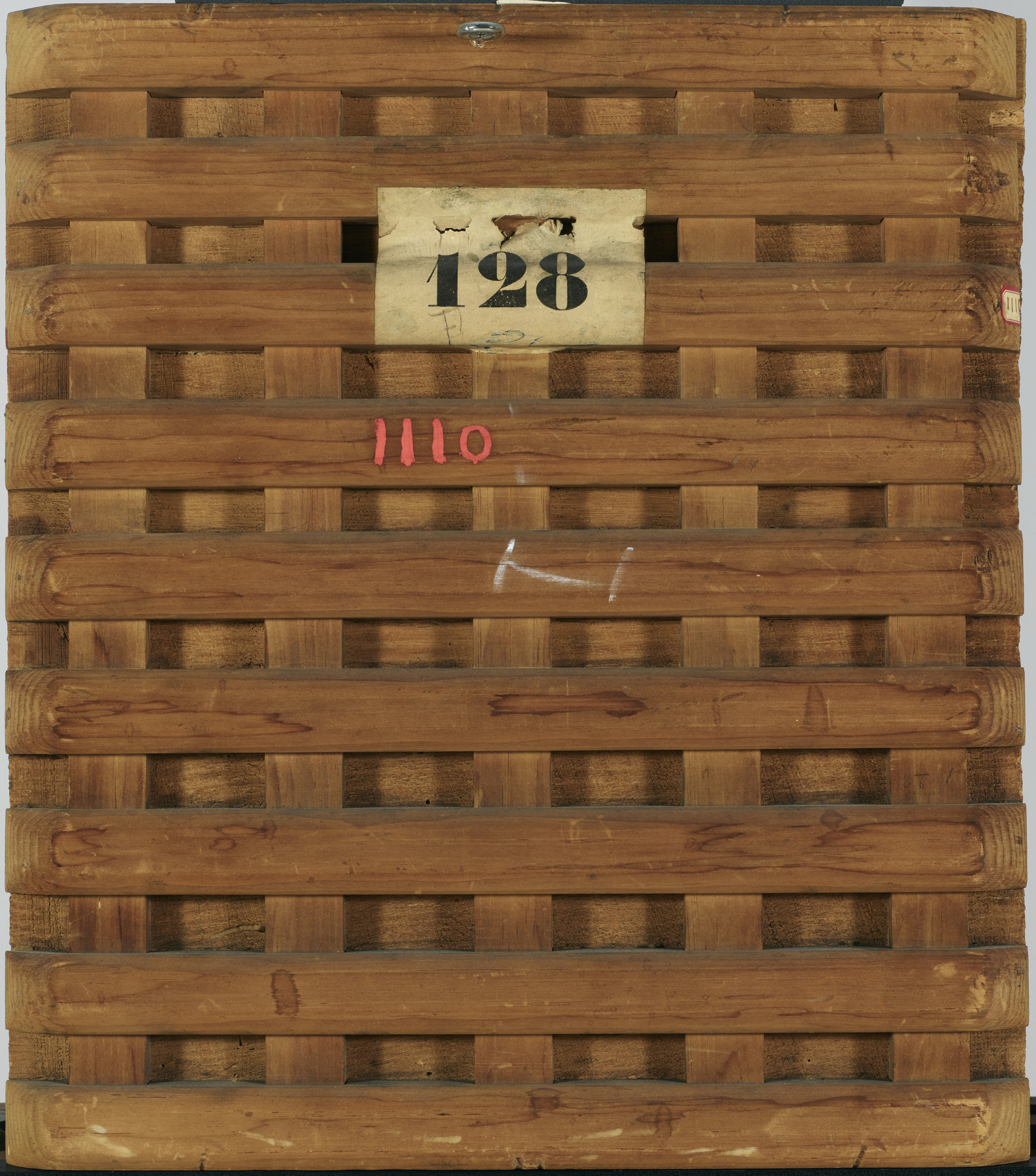 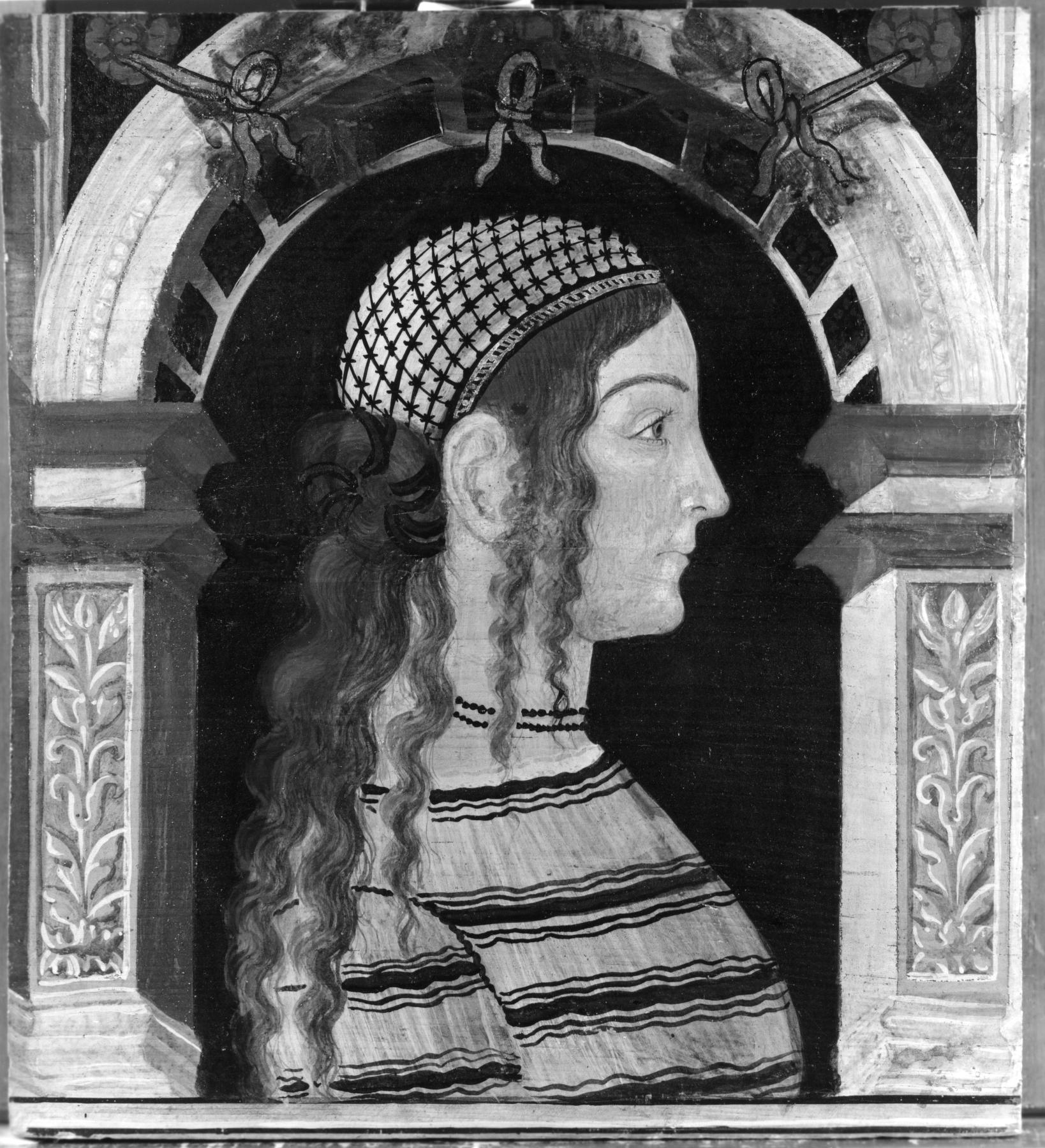 Profile of a Gypsy Woman

This panel was originally installed along the upper wall of a room, perhaps a study or reception room, where it would have been joined by other panels identical in format and similar in subject in that they normally depict attractive young women and sometimes men in profile. This type of decoration was common in palaces in the north Italian region of Lombardy in the late 15th and early 16th century. Though the figures in these panels might initially look like portraits, they were often intended to be generic—simple representations of men and women from varying social classes and origins. This woman, with her loose hair, striped shirt and checkered bonnet, appears to be a gypsy. The inclusion of a figure from an outsider group is highly unusual and there is likely some story behind it. 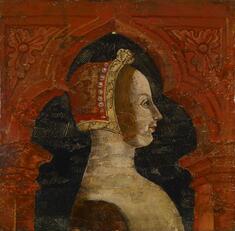 Profile of a Woman