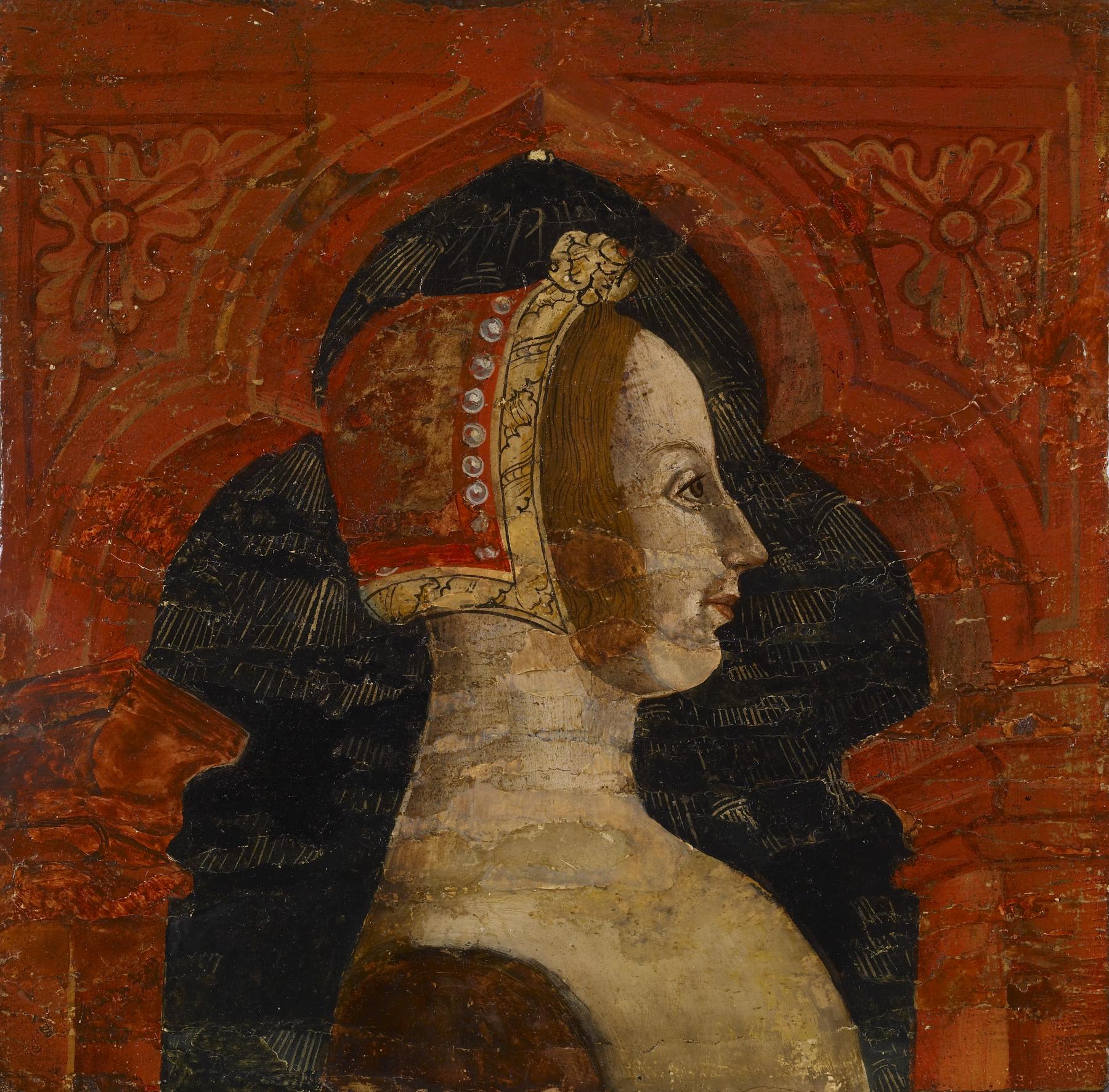 Profile of a Woman

The woman depicted here in bust-length profile wears the costume of the early 15th century. This is surely not a portrait of a particular woman, but of a type, a "pretty young woman." The painting is from a large series of similar bust-length profile "portraits" that would originally have hung in a row decorating the upper walls and possibly the ceiling of a private home. The present figure is framed by cusped Gothic architecture. The early provenance and style of the group suggest that they were executed by an artist in Lombardy in northern Italy but a specific attribution remains to be clarified. For another panel from this series, please see Walters 37.1110. Other panels from this series belong to the Museo Poldi Pezzoli and the Museo del Castello Sforzesco, both in Milan. 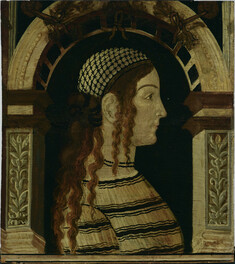 Profile of a Gypsy Woman