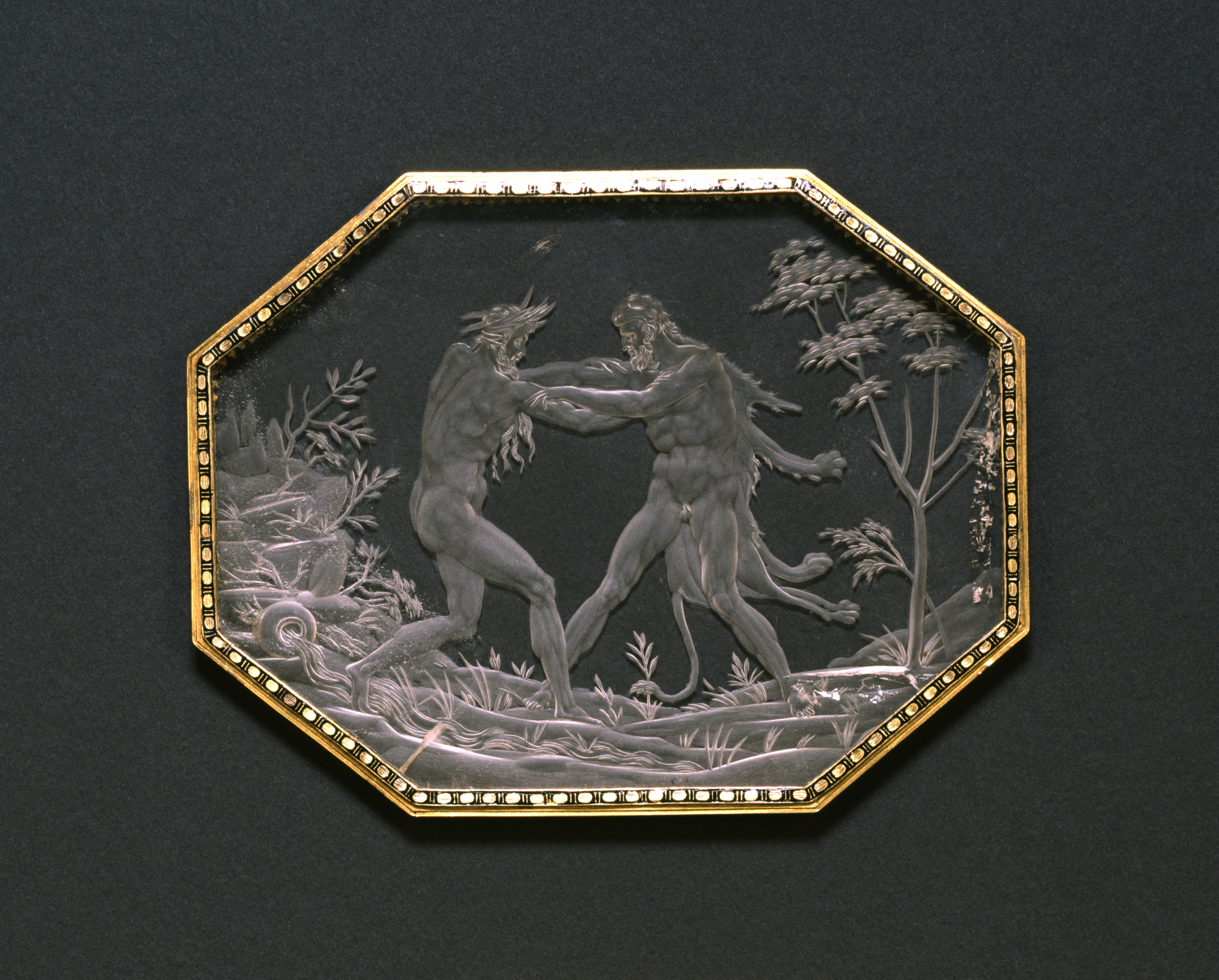 Plaque with Hercules and Achelous

This engraved plaque, along with Walters 41.70, show scenes from the life of the mythological hero Hercules and were initially set into a sumptuous, gilded casket that belonged to the ducal Gonzaga family of Mantua. Hercules was famous for his strength and virtue, and princes often surrounded themselves with his image as an ideal for (and an idealized image of) themselves.

The rivalry of Hercules and the river-god Achelous was narrated in the Roman poet Ovid's The Metamorphoses. Both were suitors of Deianira, the beautiful Greek maiden who became Hercules's wife. Annibale Fontana's genius as an engraver comes through in details such as the spiky underbrush of the riverbank and the shaggy lion's skin that Hercules wore. 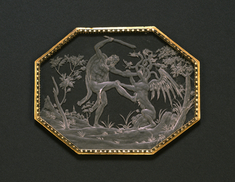