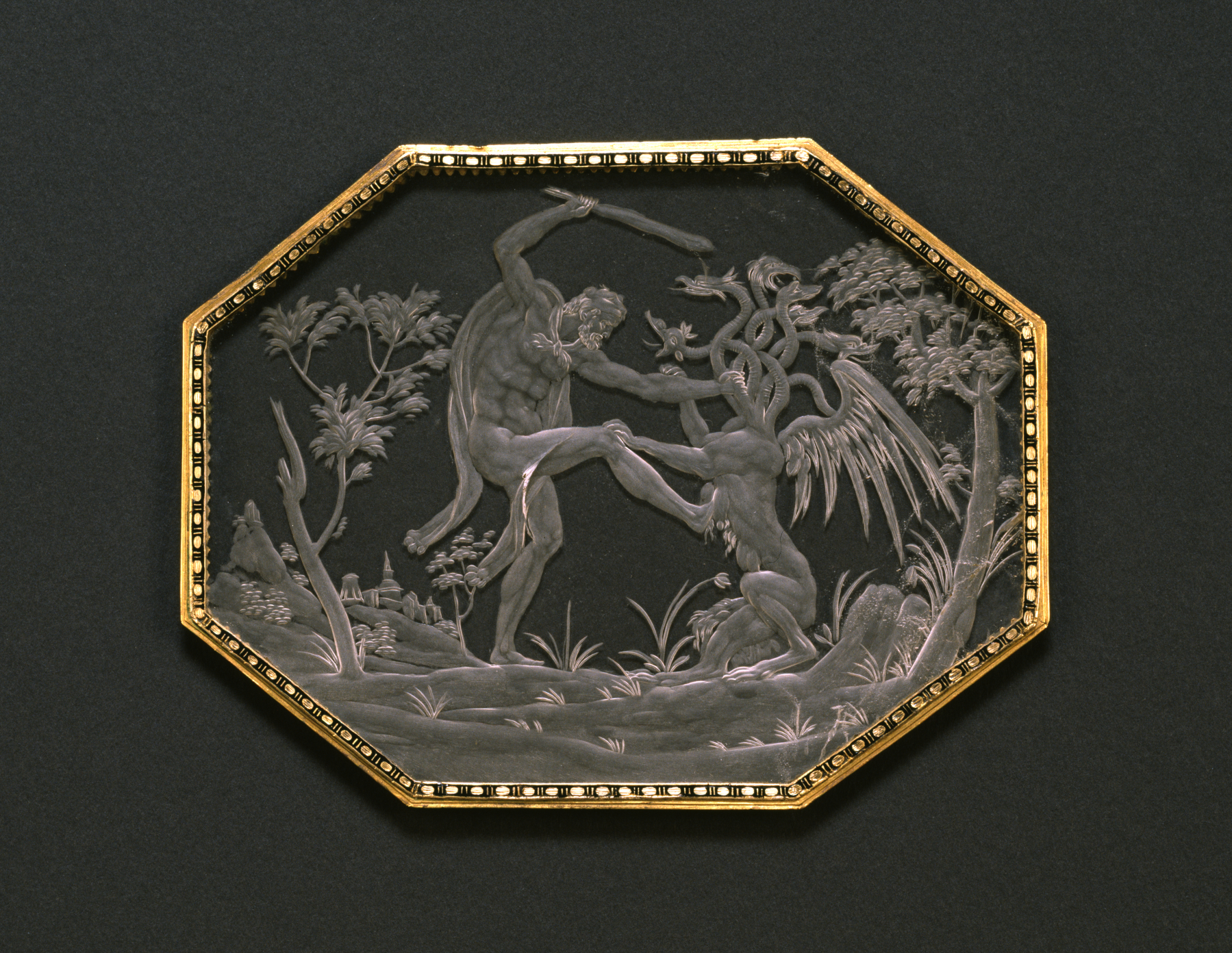 This engraved plaque, along with Walters 41.71, show scenes from the life of the mythological hero Hercules and were initially set into a sumptuous, gilded casket that belonged to the ducal Gonzaga family of Mantua. Hercules was famous for his strength and virtue, and princes often surrounded themselves with his image as an ideal for (and an idealized image of) themselves. This scene is from the Twelve Labors of Hercules, tasks given to him by King Eurystheus, who thought they were impossible to accomplish, including killing a many-headed hydra (dragon). At some point the casket was taken apart; eight related plaques are preserved.

Hercules's powerful musculature reveals Fontana's study of ancient sculpture. His reputation as a fine engraver of rock crystal was widespread. In 1585, the duke of Savoy commissioned from him a casket decorated with plaques similar to this for Archduchess Isabella on the occasion of her marriage. 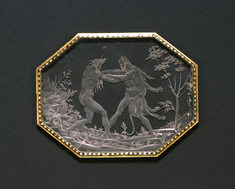 Plaque with Hercules and Achelous