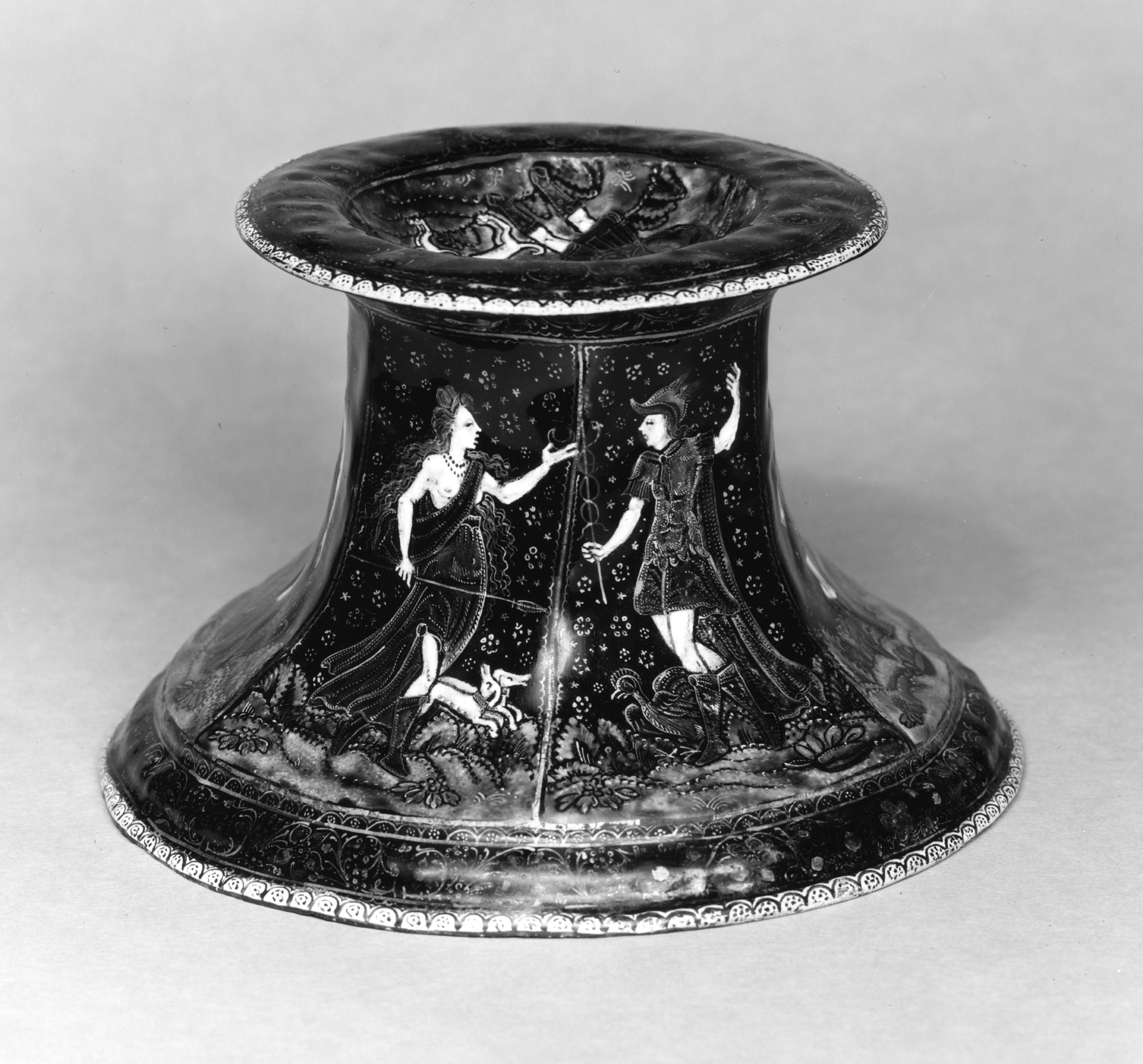 The shape of the salt cellar with its concave hexagonal body is similar to Walters 44.360. The decoration is as follows:

Within the receptacle (saleron) is a scene of Adonis or Meleager shooting an arrow at a boar which bolts towards a wood pursued by two hounds. The flat rim is decorated with scrolls and flowers and edged with a line of semi-circles drawn in black on a white ground enclosing rosettes composed of black dots.

On the body, each of the six sides displays a figure of a deity with distinguishing emblems: Jupiter, in armored breast-plate, crowned and holding a scepter, standing with his eagle between his legs, spreading its wings; Juno, turning her profile to the left, crowned and holding a long rod entwined with a snake, behind her the peacock; Diana, accompanied by two hounds, running to the right holding a crescent in her left hand and a spear in her right; Mercury, stepping to the left, holding the caduceus, beside him the cock; swaggering Mars, brandishing shield and falchion; armored Minerva, holding a furled flag and a shield embossed with the head of Medusa, at her feet the owl. The six figures are united by a continuous landscape of varying shades of green and blue and by a black background powdered with rosettes and tiny stars.