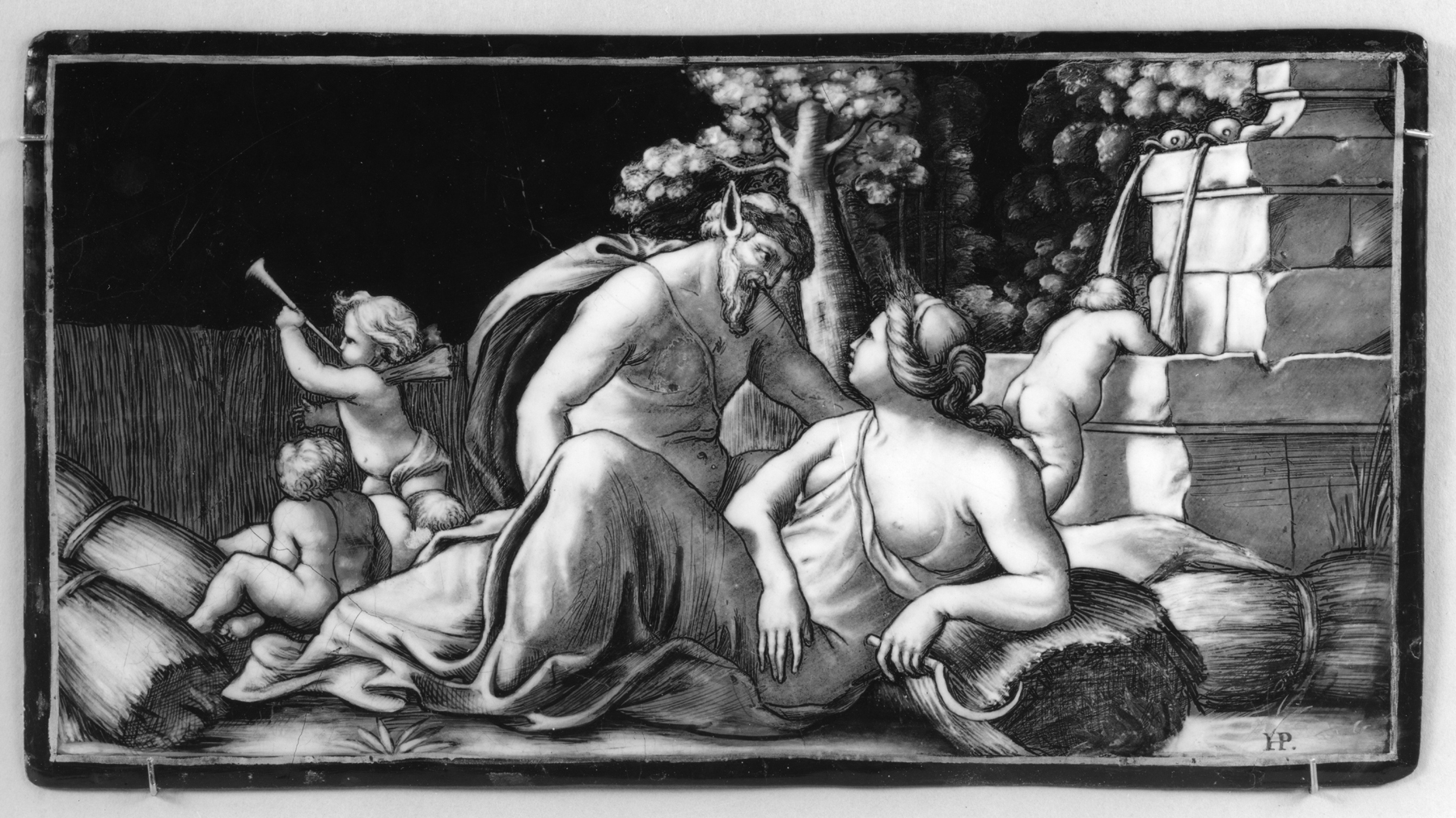 this plaque and its companion Allegory of Spring (44.174) wre surely intended as two of four similar plaques celebrating the Four Seasons, a popular subject in the 1600s. The Satyr and the woman along with their attributes of harvested grain conveya sense of ribe fullness. A half-draped female figure reclines with her left elbow leaning on a sheaf of wheat and a sickle in her left hand, while a faun, naked except for a blowing mantle tied by a string across his chest, squats down to gaze at her. On the right a child dips his arms in a fountain where two jets of water issue from the mouths of dolphins. At the left, in front of a field of grain, a child is seated near two wheat sheaves and a putto stands to blow a trumpet.