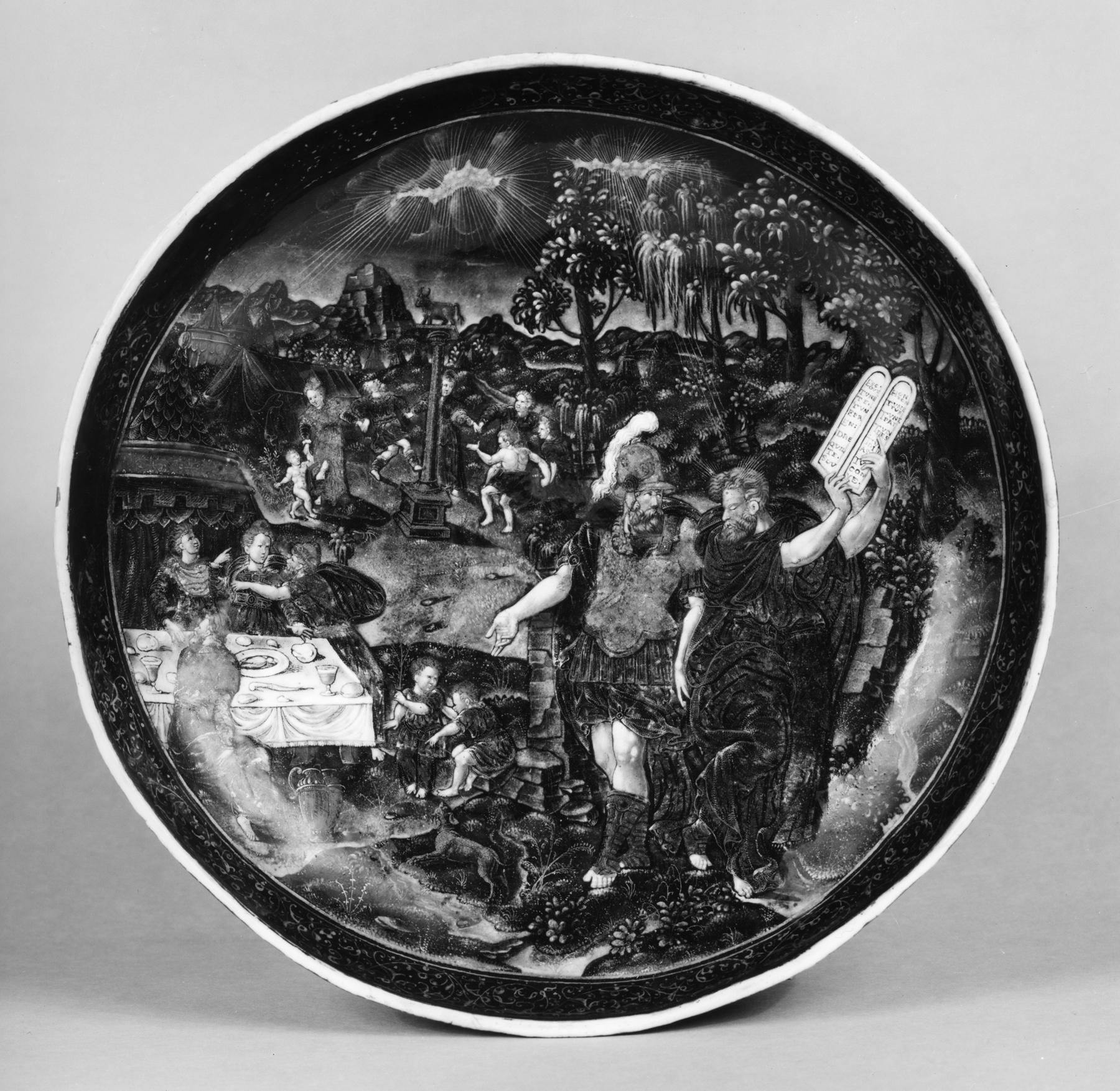 Moses Destroying the Tables of Law

The composition on the interior of this footed dish was derived from Bernard Salomon's woodcuts for Claude Paradin's Quadrins historique de la Bible (Lyons, 1553), a popular source for biblical compositions.

The subject and the composition are the same as Walters 44.199, and the dimensions very nearly coincide. The decoration of the outside is identical, except for the details and greater intricacy in the drawing of the gilt scrolls. The signature I C appears in the border of the cartouche containing the river-goddess. 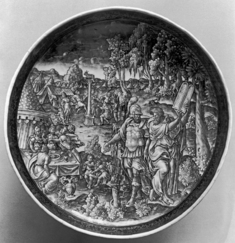 Footed Dish with Moses Destroying the Tablets of the Law