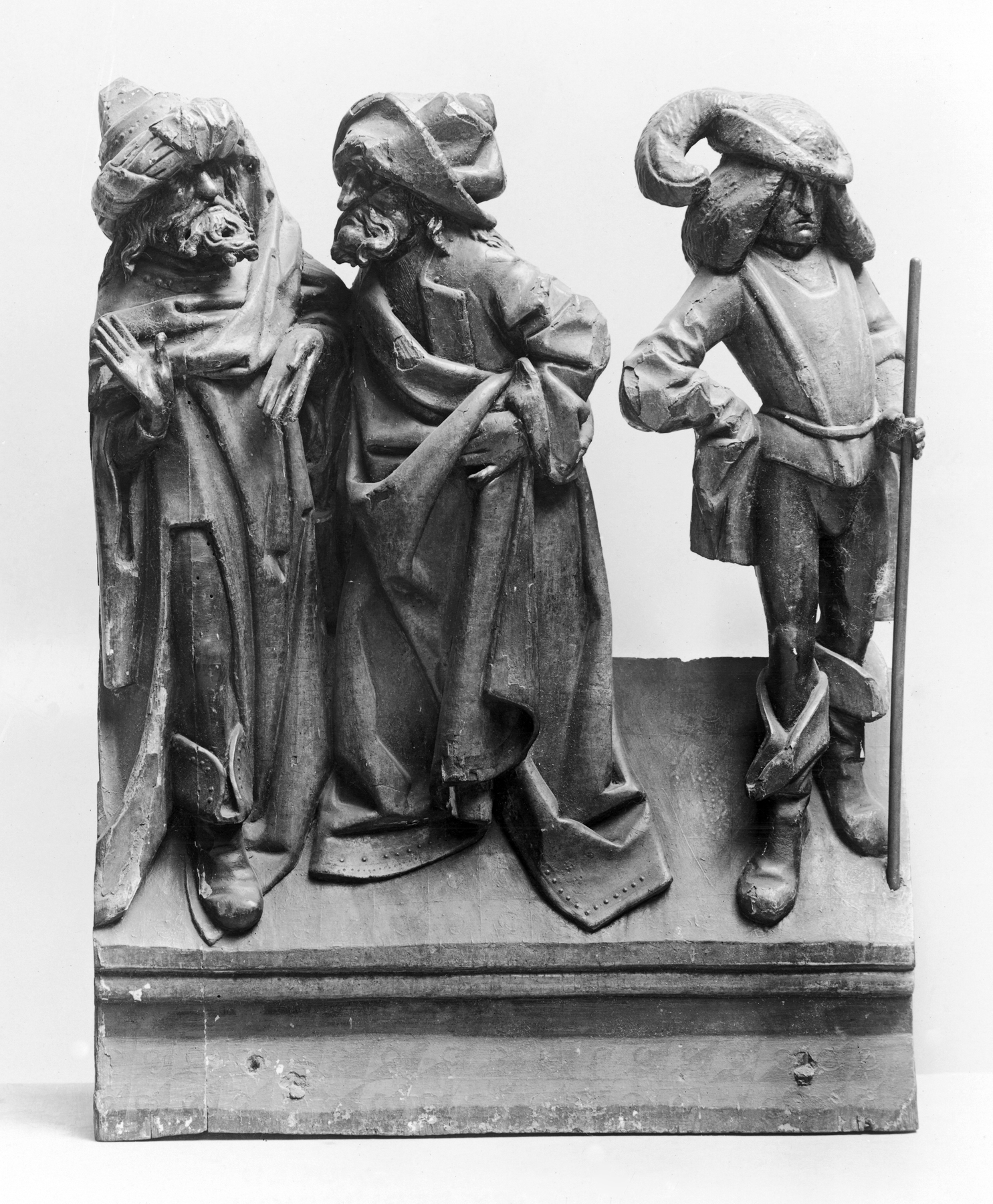 Spectators from a Passion Altarpiece

Apparently reacting to an event they have just witnessed, two priests engage in a heated conversation on the left, while on the right an ordinary citizen leans on his staff. They would have been some of the spectators at the foot of a Crucifixion, and their animation and typical 15th-century clothing would have added a sense of immediacy to the altar's central narrative.

The Brussels altarpiece ( ) shows how such groups of figures were combined. The vigorous, angular body language of the spectators is characteristic of stylistic trends in Antwerp as opposed to the greater restraint more typical of workshops in Brussels.