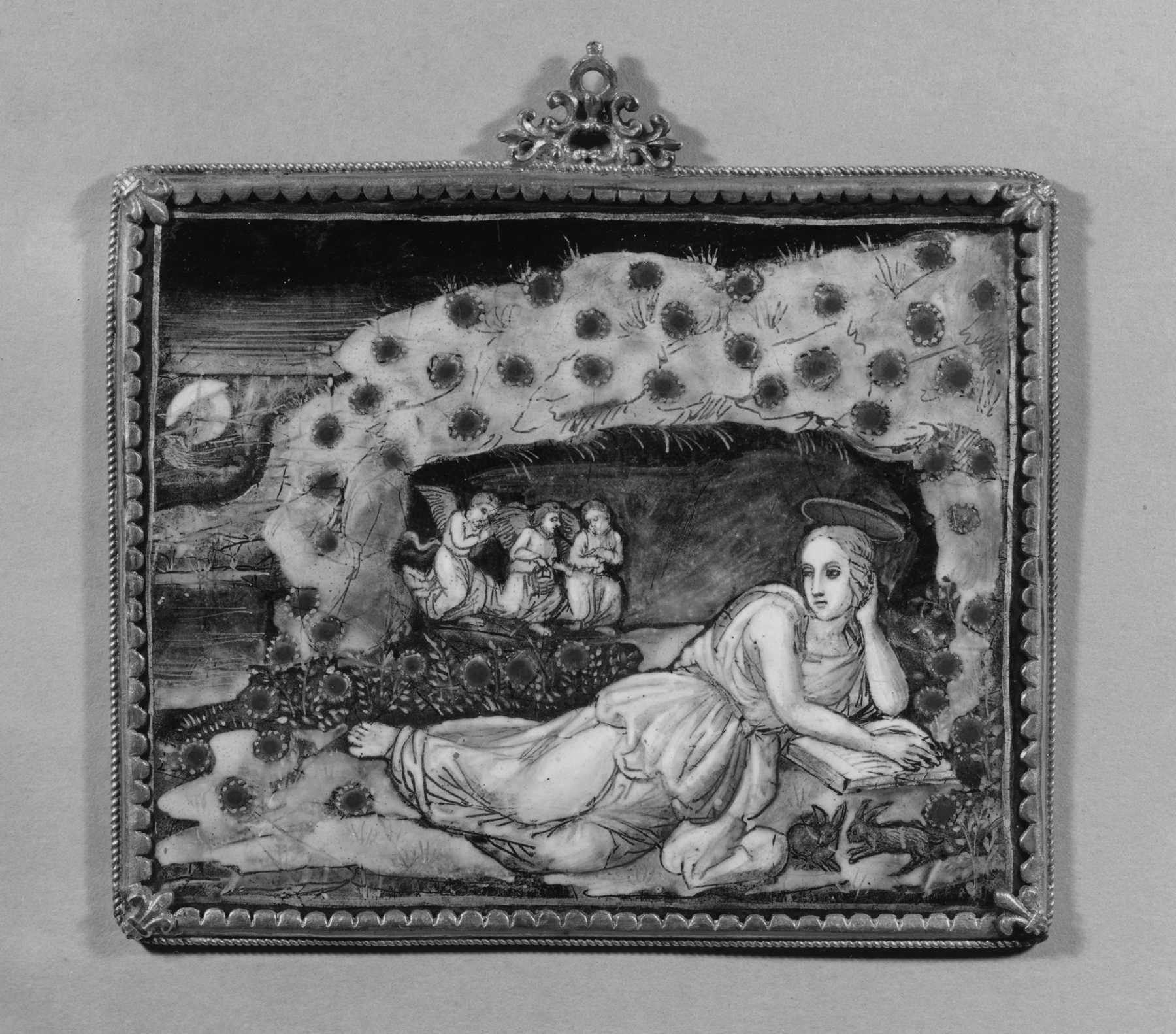 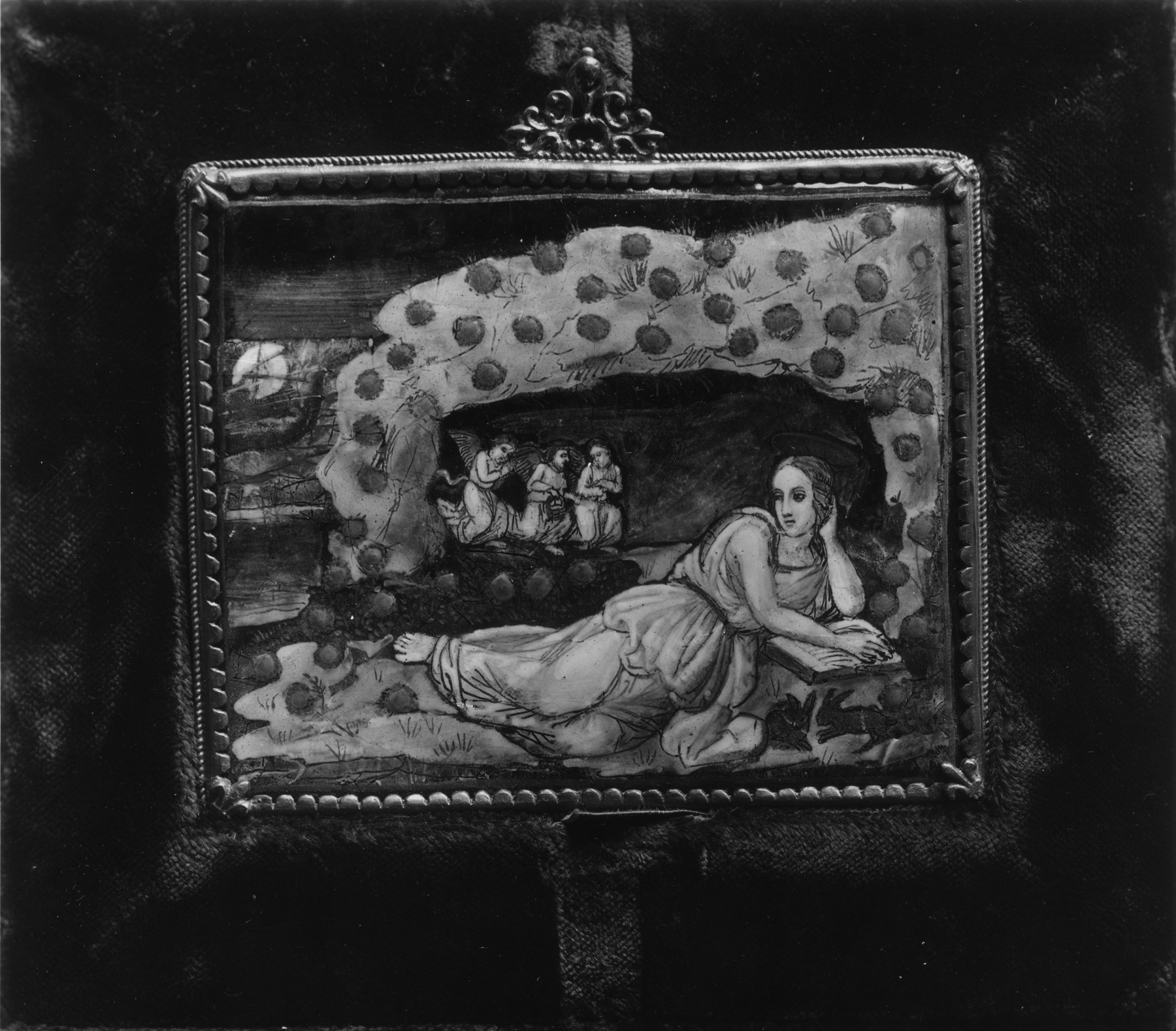 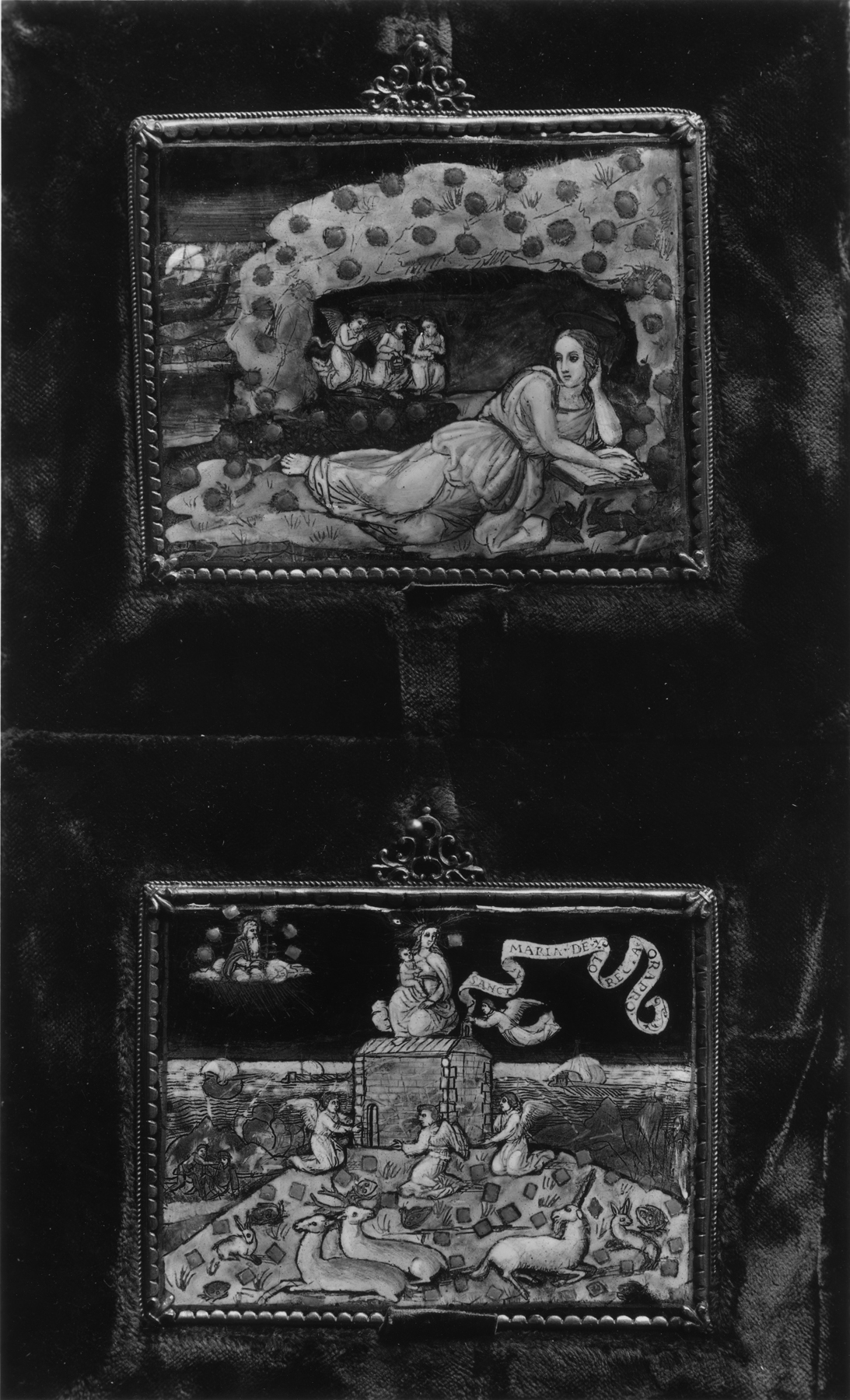 The saint, lying at the entrance to her cave, reclines toward the right, her head supported on her left hand. Her right arm rests upon an open Bible. Behind her, three angels are kneeling in the cave of Sainte-Baume and the Mediterranean stretches beyond. The rocky ledge and the ground are strewn with gilt plants bearing daisy-like circular flowers with gilt petals around a blue core over paillettes of foil. Two rabbits play in the foreground.

The source of the design was probably a print after the painting of the Magdalene executed around 1520 by Correggio (of which there is a copy in the Dresden Museum). The pose shows the indirect influence of the Italian iconography of Melancholy represented as a reclining female nude (cf. Walters 54.214).

Despite the similarities in proportions and technique or this plaque to Walters 44.305, the two works were not executed as companion pieces. Both, however, were framed at the same time in their matching gilt-metal frames of the 16th or 17th century, showing fleurs-de-lys at the four corners. 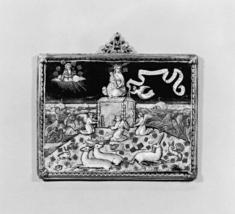 Plaque with the Virgin's House at Loreto