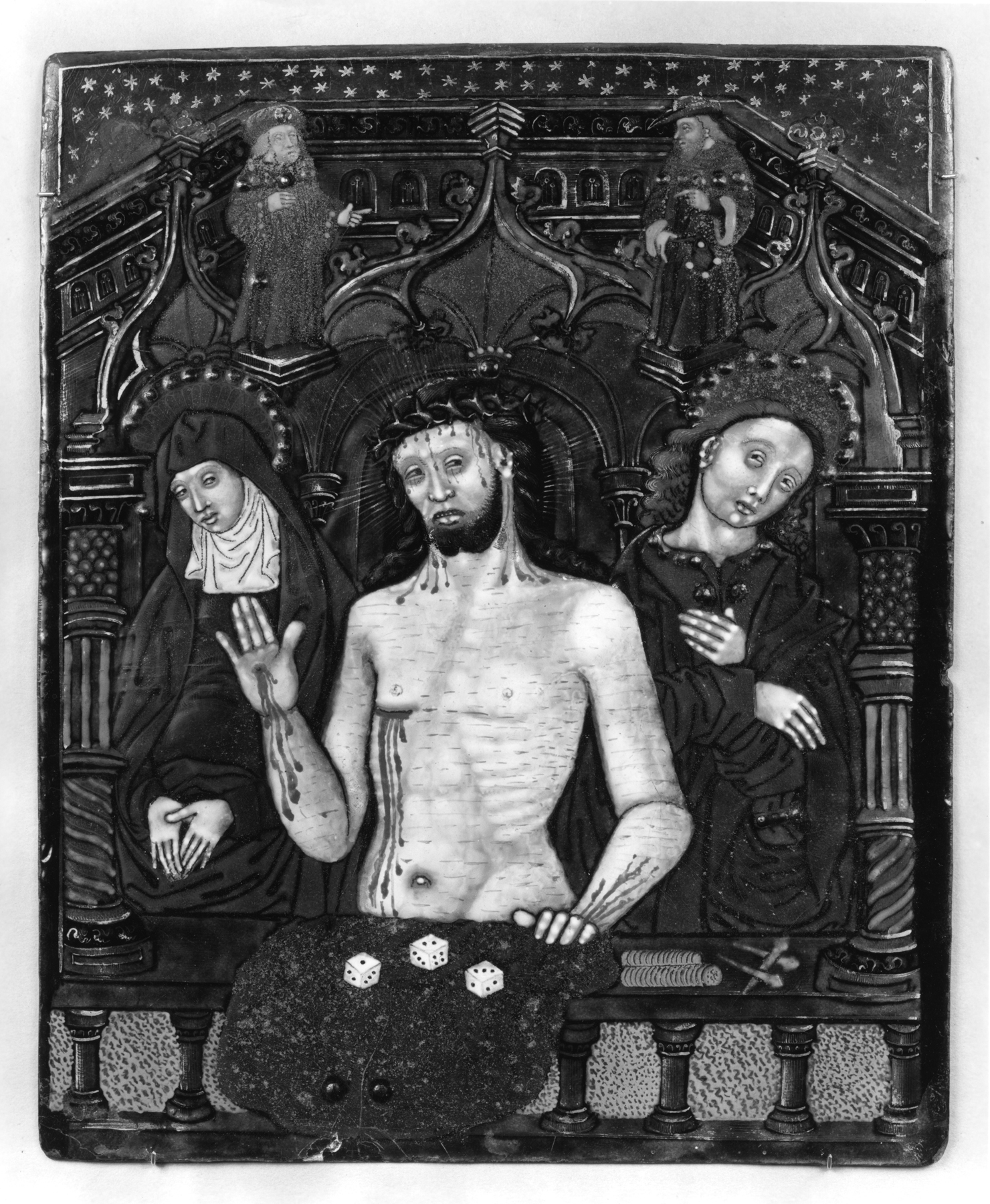 The Man of Sorrows

Under a polygonal canopy featuring three cusped ogee arches, supported by a pair of columns composed of shafts in three different patterns, and opening into a Gothic chapel with ribbed vaults (closely resembling that of stained-glass panels of the end of the fifteenth century in the church of Saint-Michel-des-Monts, Limoges), Christ appears behind a balustrade, between Mary and St. John. This kind of plaque featuring a subject popular for prevate devotion was very possibly for a private wpace such as a bedroom or a monk's cell. Christ, crowned with thorns, is nude and bleeding from his wounds. He uplifts his pierced right hand. The Virgin, her joined hands inert before her, stands to his right. St. John, his arms crossed over his chest, stands to the left of Christ.

On the purplish-brown balustrade between the two columns are laid the purple mantle with clasps of the Mocking of Christ, the thirty coins of Judas, the three dice of the Calvary and the three nails of the cross. These objects, selected among those pertaining to the Passion of Christ, in the Middle Ages constituted the 'coat-of-arms of Christ' (Arma Christi), and they are consequently brought to the foreground at the bottom of the plaque, in the location that would be reserved for a heraldic coat-of-arms. The ledge is supported by eight small columns alternately pink and lavender and speckled with green.

Two of the prophets who foretold the Passion of Christ stand on brackets between the arches of the canopy.