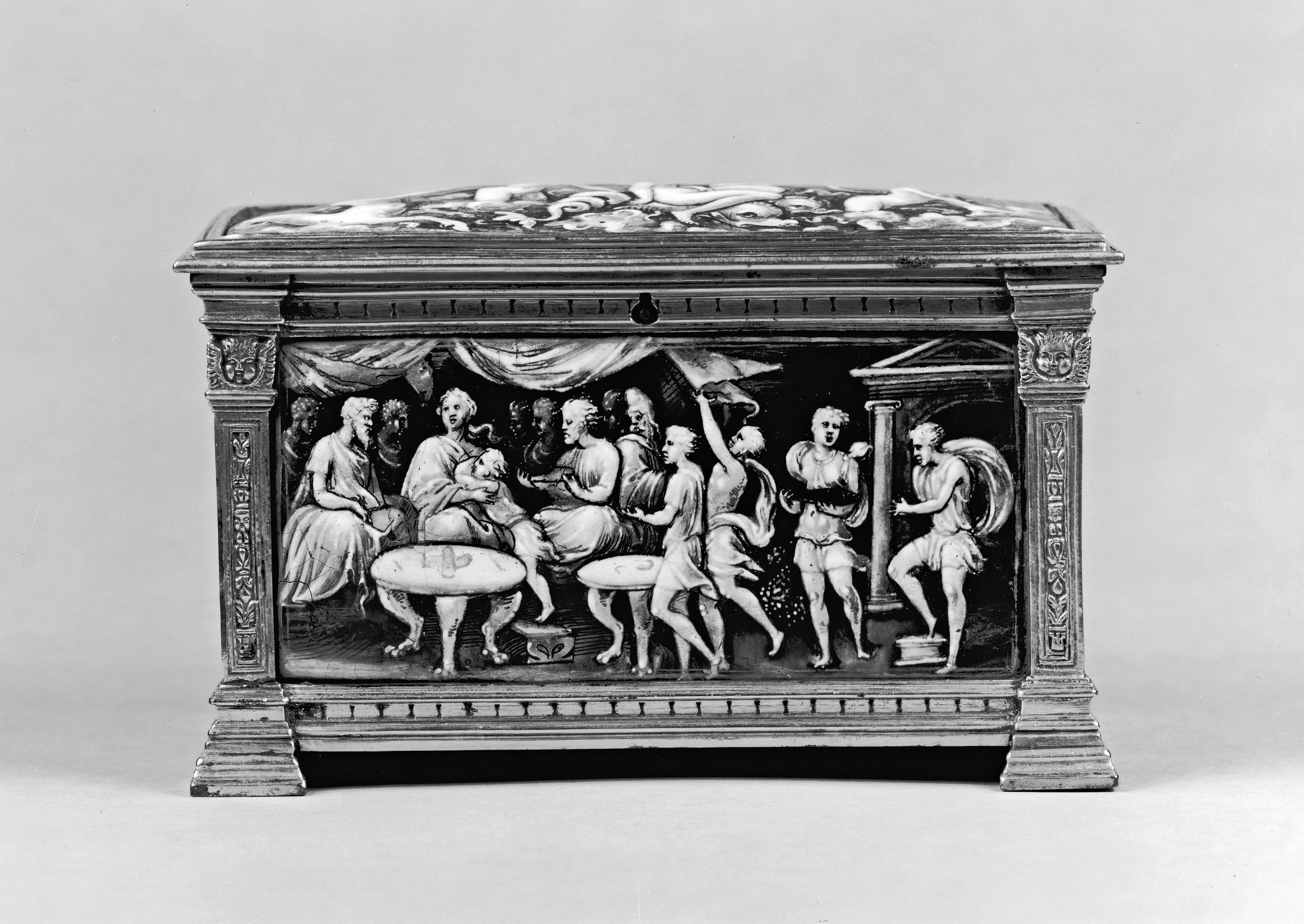 Casket with Scenes of Dido and Aeneas

The stories decorating such small, precious caskets often represent tales of love. In "The Aeneid," the Roman poet Virgil's epic about the wanderings of Aeneas, the survivor of Troy who eventually founds Rome, Aeneas's ship is driven by winds to Carthage on the North African coast. Entertained by Dido, queen of Carthage (on the front panel), he falls in love with her. The scenes visible on the top and sides celebrate the triumph of Venus. (To maintain the romantic focus, Aeneas's abandonment of Dido, who then commits suicide, is ignored.)

Penicaud relied on prints for his compositions, but the visual play of off-white against a dark ground, especially in the lively vignettes of Venus and Cupid on the sides, suggests familiarity with ancient cameos.
See further P. Verdier, Catalogue of the Painted Enamels of the Renaissance in the Walters art Gallery, 1967, no. 59