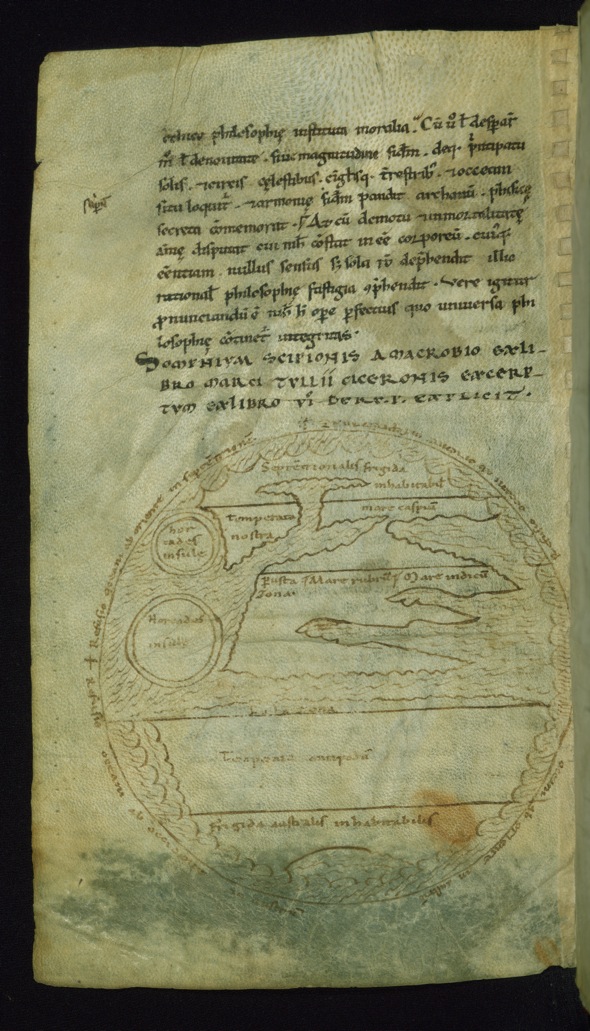 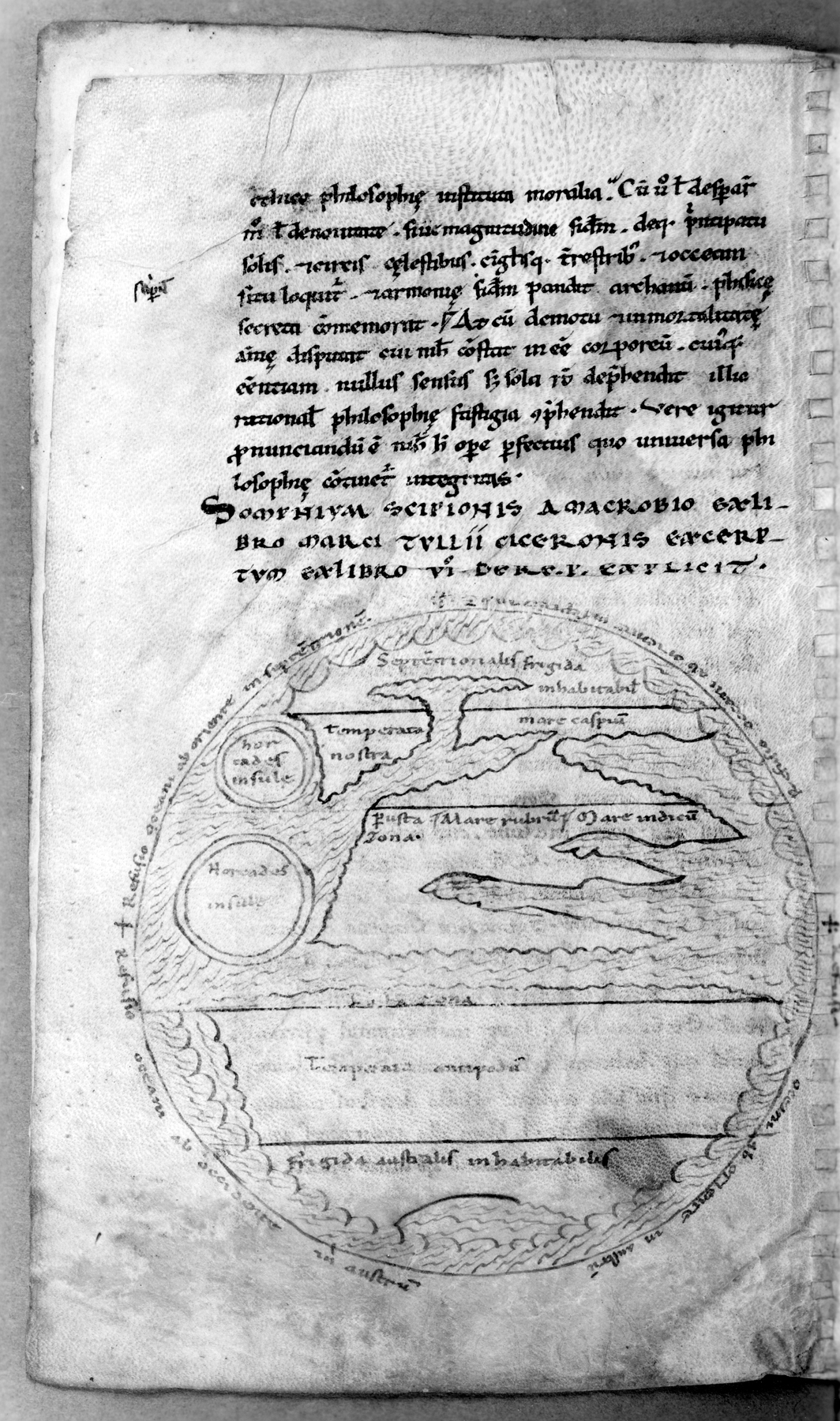 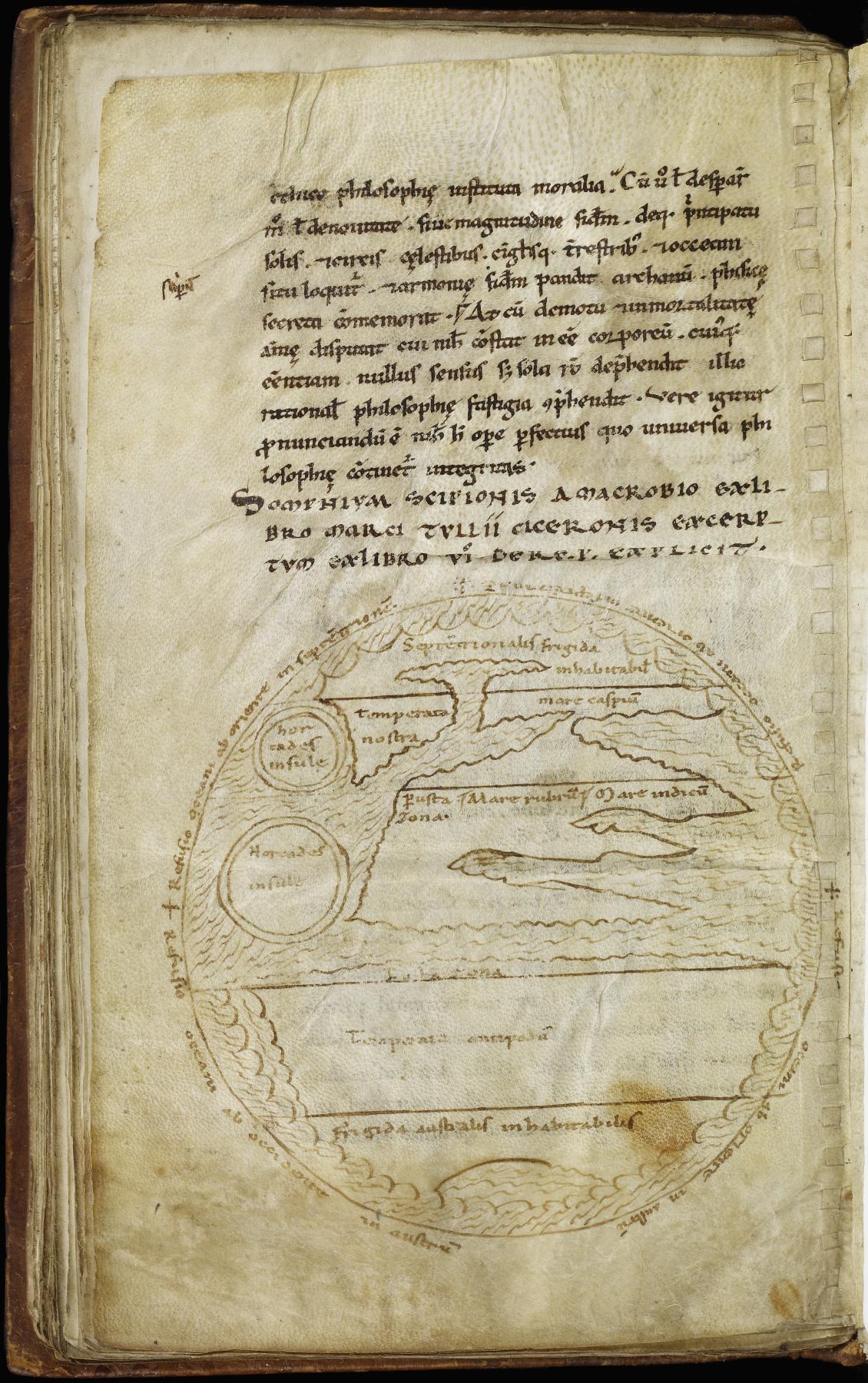 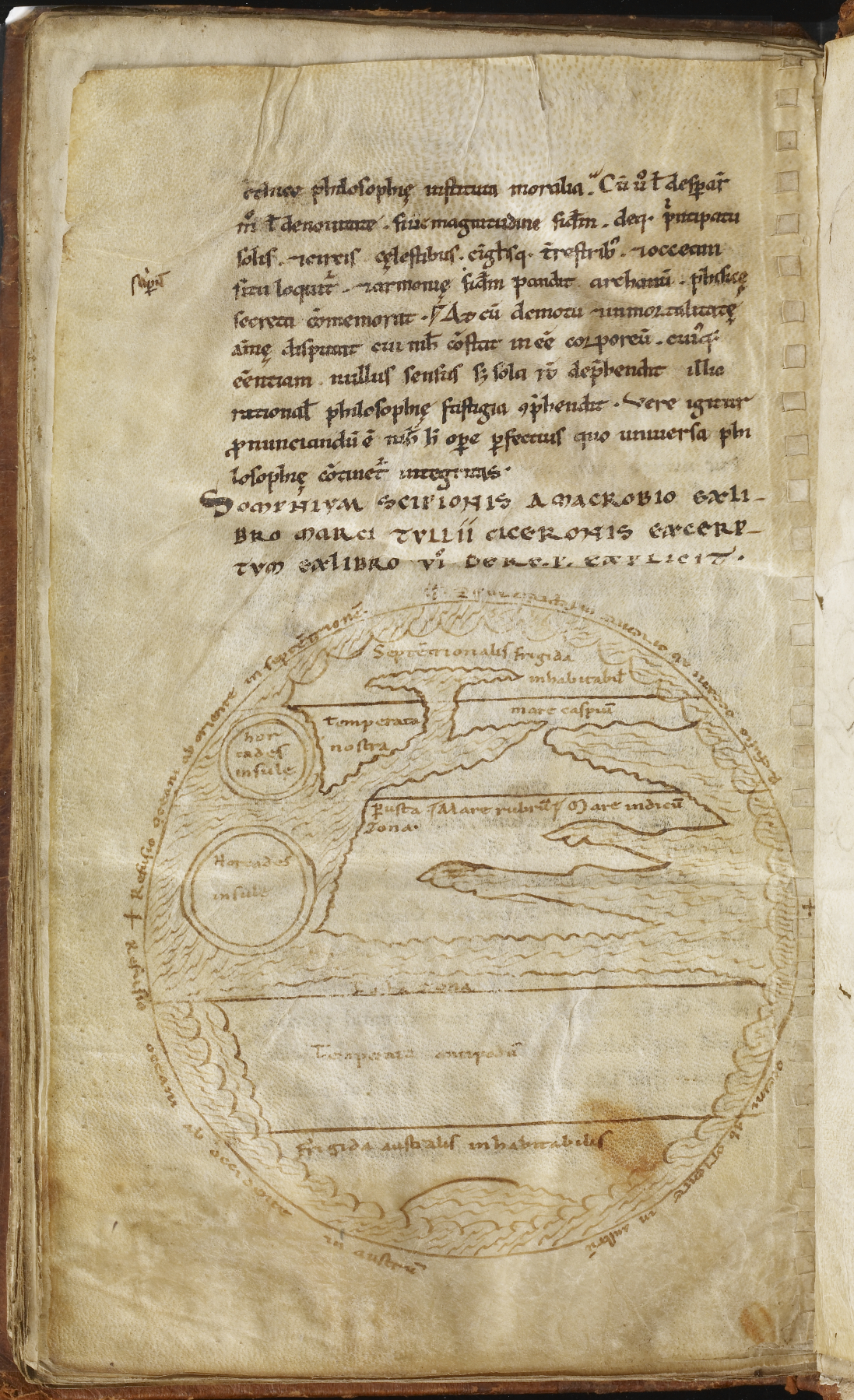 Leaf from Commentarii in Somnium Scipionis: Map of the World

In the early fifth century, the neoplatonic philosopher Macrobius produced an important commentary on a segment of Cicero’s De Republica known as the Somnium Scipionis, or “Dream of Scipio.” In this dream, Scipio Africanus tells his grandson about the nature of the universe and the movements of the planets according to the beliefs of ancient Greek philosophers. These included Pythagorean concepts about the music of the spheres, in which each planetary sphere emitted a specific tone, and which created harmony with the other planets as they moved. Cicero’s text provided a foundation upon which Macrobius could then build with his own thoughts on physics, astronomical concepts, and planetary harmonies.

This copy of Macrobius' commentary was produced most likely in northeastern France in the late twelfth century. The manuscript includes seven major diagrams, of which four are original to the manuscript (fols. 38v, 41r, 43v, and 47v) and three others, including a map of the world, were added early in the history of the manuscript (fols. 64v, 65v, and 66r). Additional minor diagrams demonstrating relationships in philosophical ideas or other concepts introduced in the text appear throughout the manuscript in the margins, added by later hands. 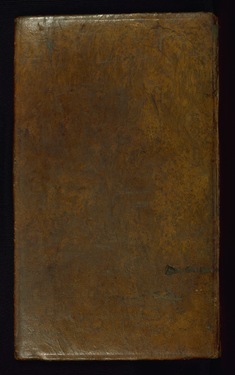