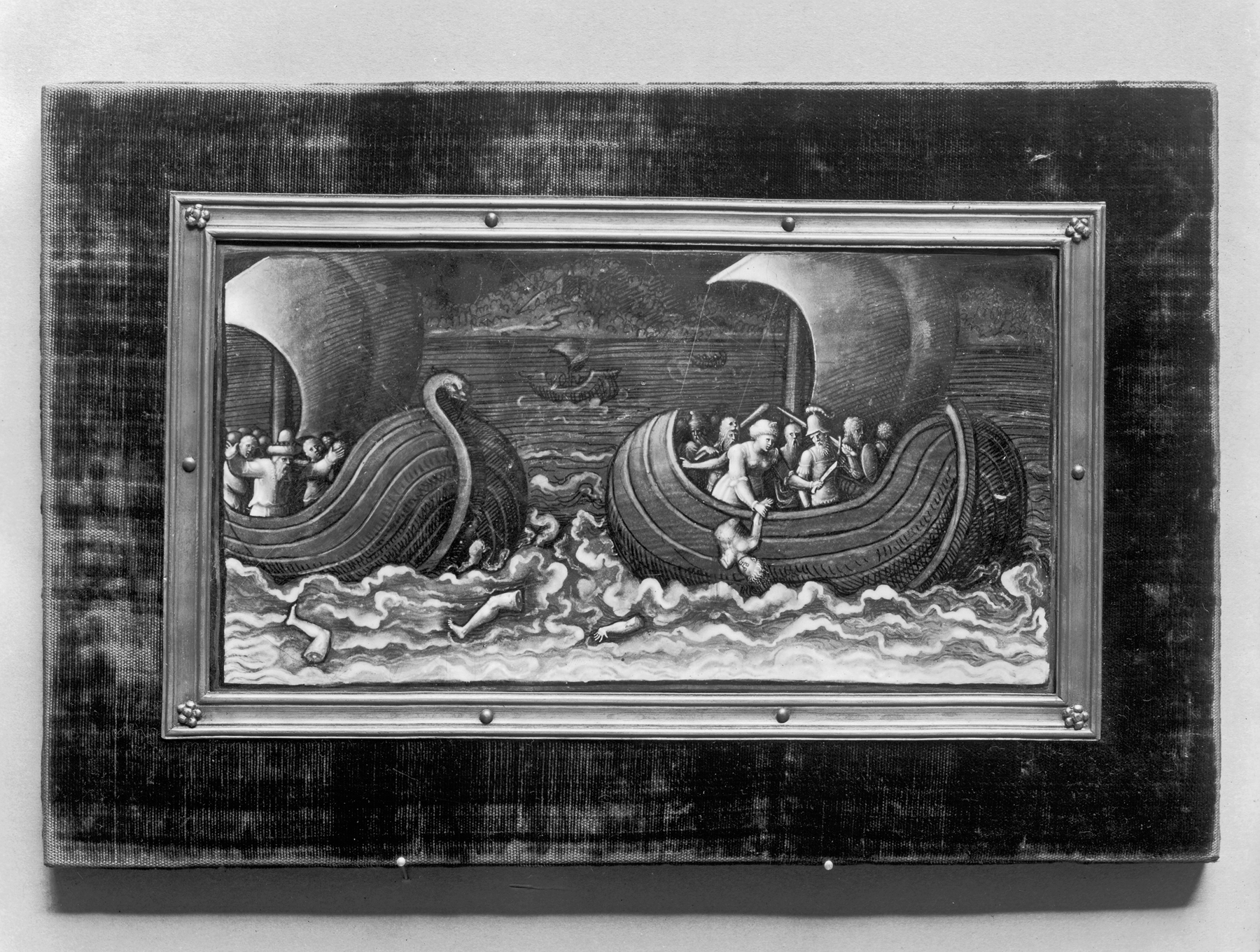 Plaque with Medea's Murder of Absyrtus

Probably from a series decorating a casket, this plaque, painted in "grisaille," depicts a gruesome episode in the story of Medea, told by the Roman writer Ovid (43 BC-AD 17) in "The Metamorphoses". Jason and Medea are escaping by ship from the fleet of King Aietes of Chalcis, Medea's father. In order to slow their pursuers, Medea kills her brother Absyrtus, dismembers his body, and casts it piece by piece into the sea, knowing that her father will seek to retrieve each body part. The designs were inspired by engravings by René Boyvin (ca. 1525-after 1580) after drawings by the Flemish painter and designer Leonard Thiry (ca. 1500-after 1565).