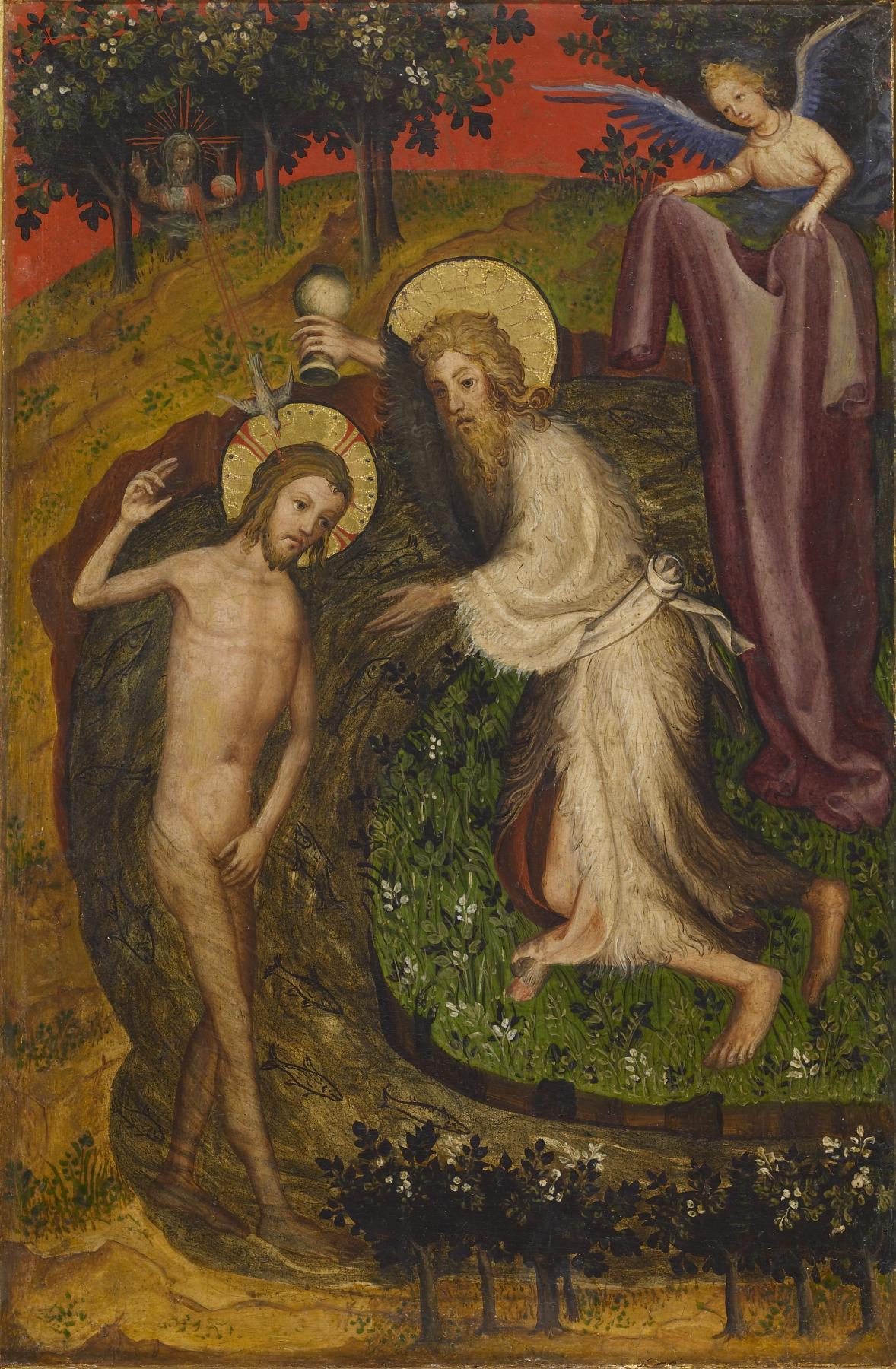 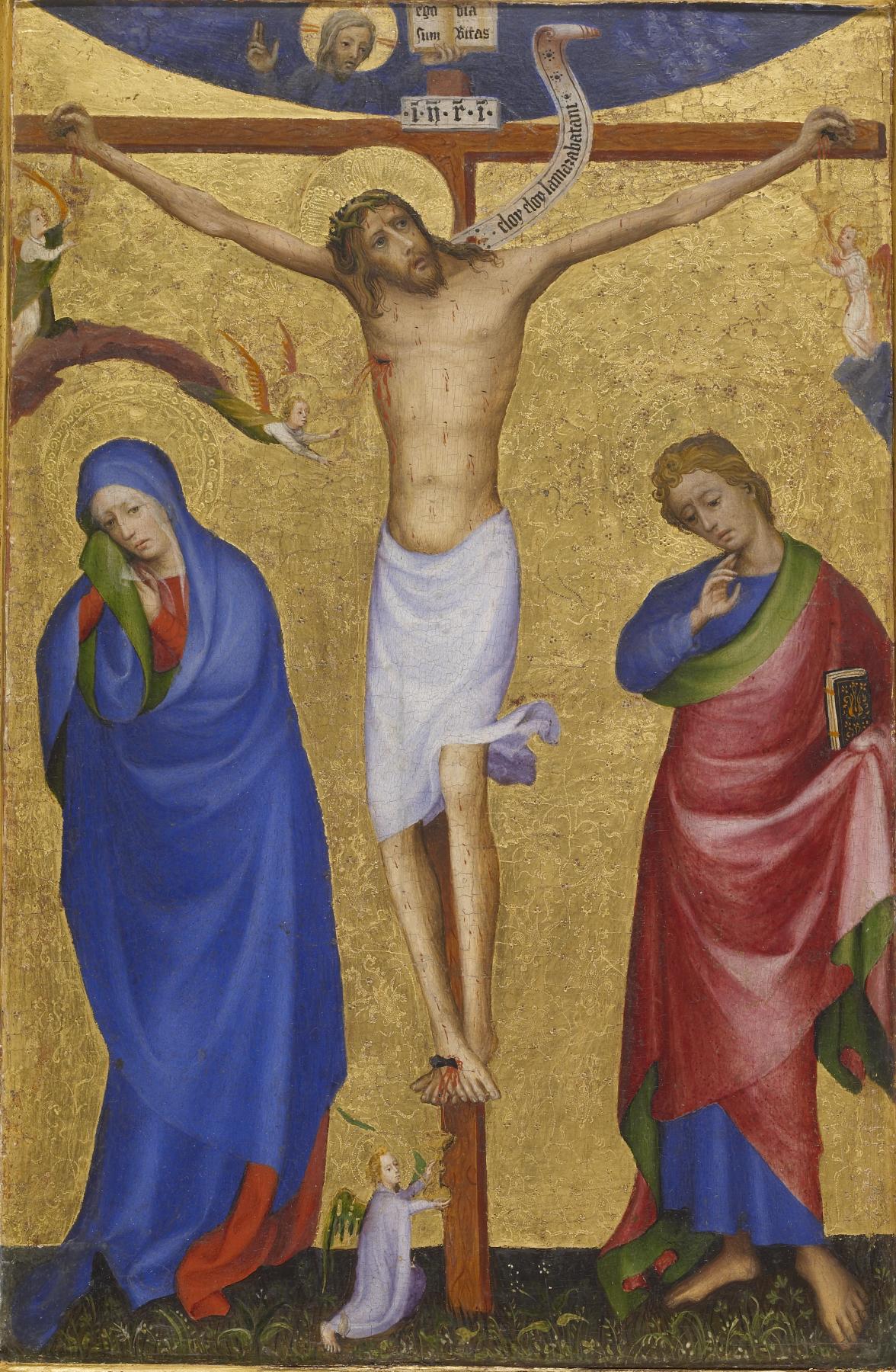 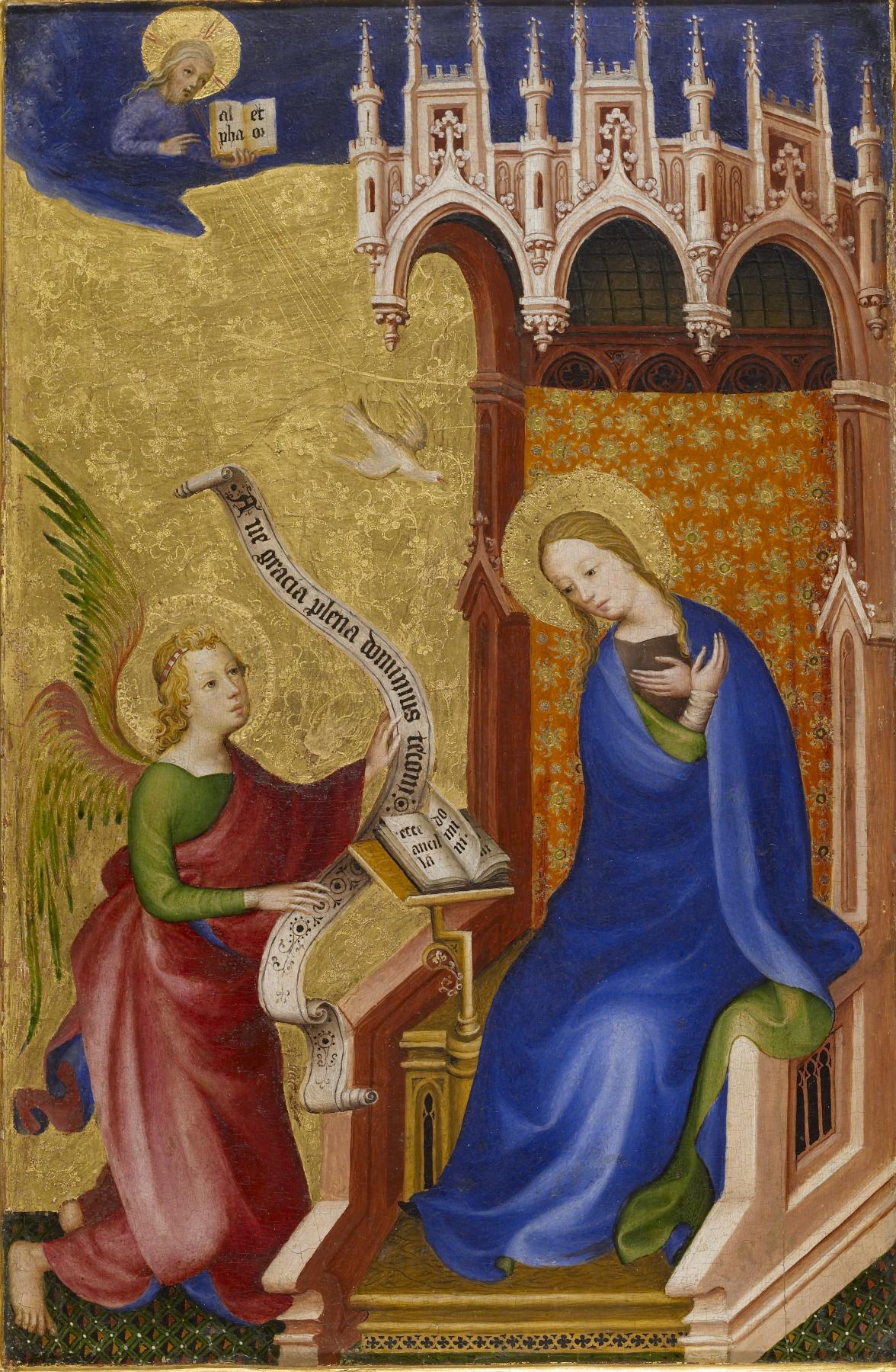 Two Panels depicting the Annunciation, Baptism of Christ and Crucifixion from the Antwerp-Baltimore Quadriptych

This extremely important masterpiece is one of the earliest paintings of the Netherlandish school. The style suggests that the artist came from Guelders, in the northern Netherlands, as did the famous Limbourg brothers, who settled in Paris. The overall theme of the six scenes--Annunciation, Nativity, Crucifixion, Resurrection, Baptism, Saint Christopher--is the divinity of Christ and the certainty of salvation. It is one of the earliest works where we find evidence of oil paint, a medium that, through its translucency, helps to bring out the richness and vibrancy of details from nature, such as the fish swimming in the Jordan River. The realism for which 15th-century Northern European painting is known is evident in the close attention paid to describing nature with such detail. This Baptism scene is an outer wing of a small, folding altarpiece of which one half (including the Annunciation and Calvary) belongs to the Walters and the other (the Nativity, Resurrection, Saint Christopher) to the Museum Meyer van den Bergh, Antwerp. The altarpiece can be traced back to the Carthusian monastery of Champmol near Dijon, France, founded by Philip the Bold (1342-1404), Duke of Burgundy, and surely was made for Philip to take on his travels.