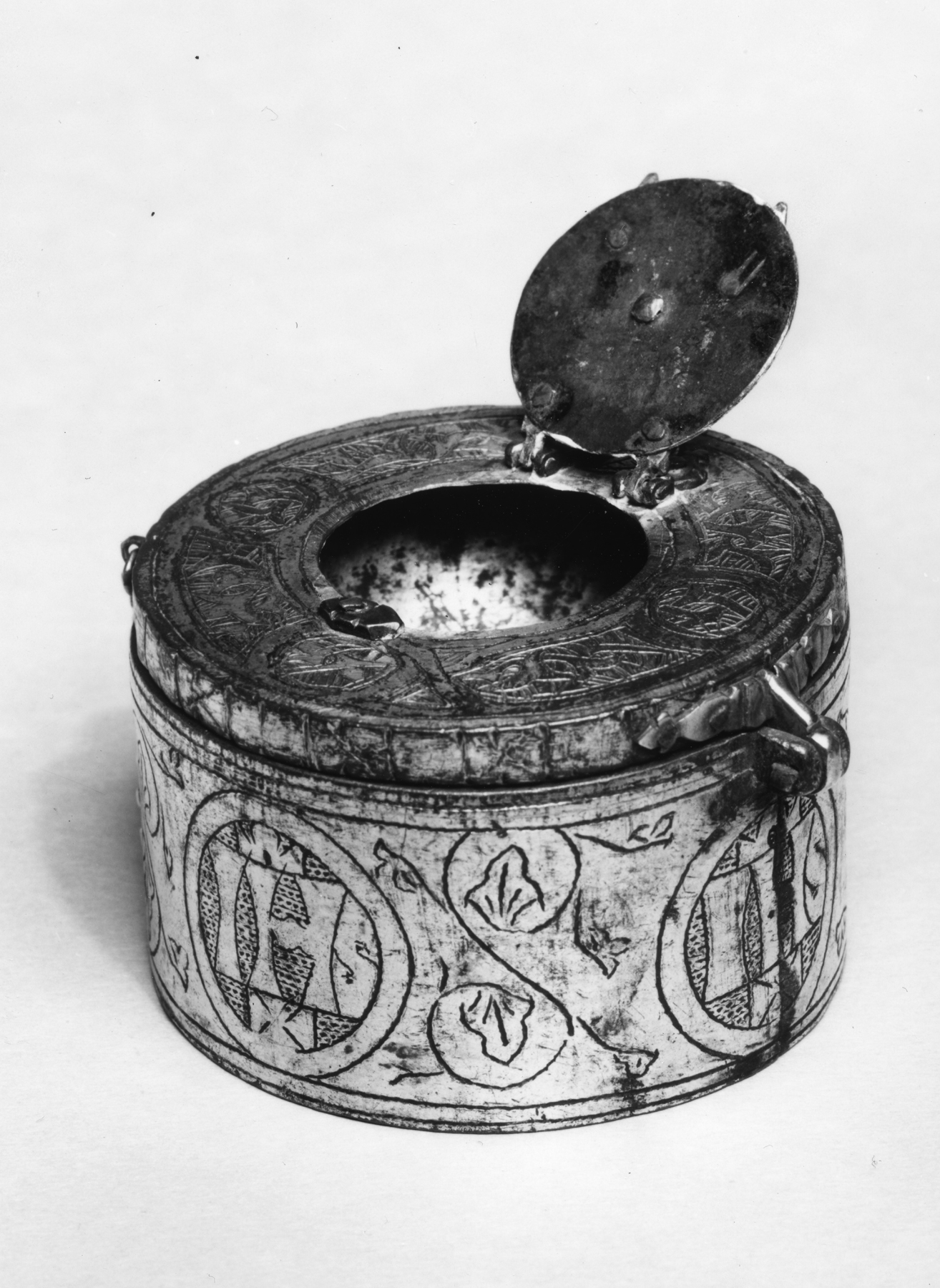 All Christians in the Middle Ages considered the bread sanctified during the Mass to be the actual body of Christ. The repeated monogram IHS (for the medieval Latin Ihesus, "Jesus") on this box attests to this belief. Known as pyxes, such boxes were used by the faithful to receive pieces of the Communion bread after Mass. They would partake of it later, usually in the family chapels that many wealthy laymen maintained in their homes.