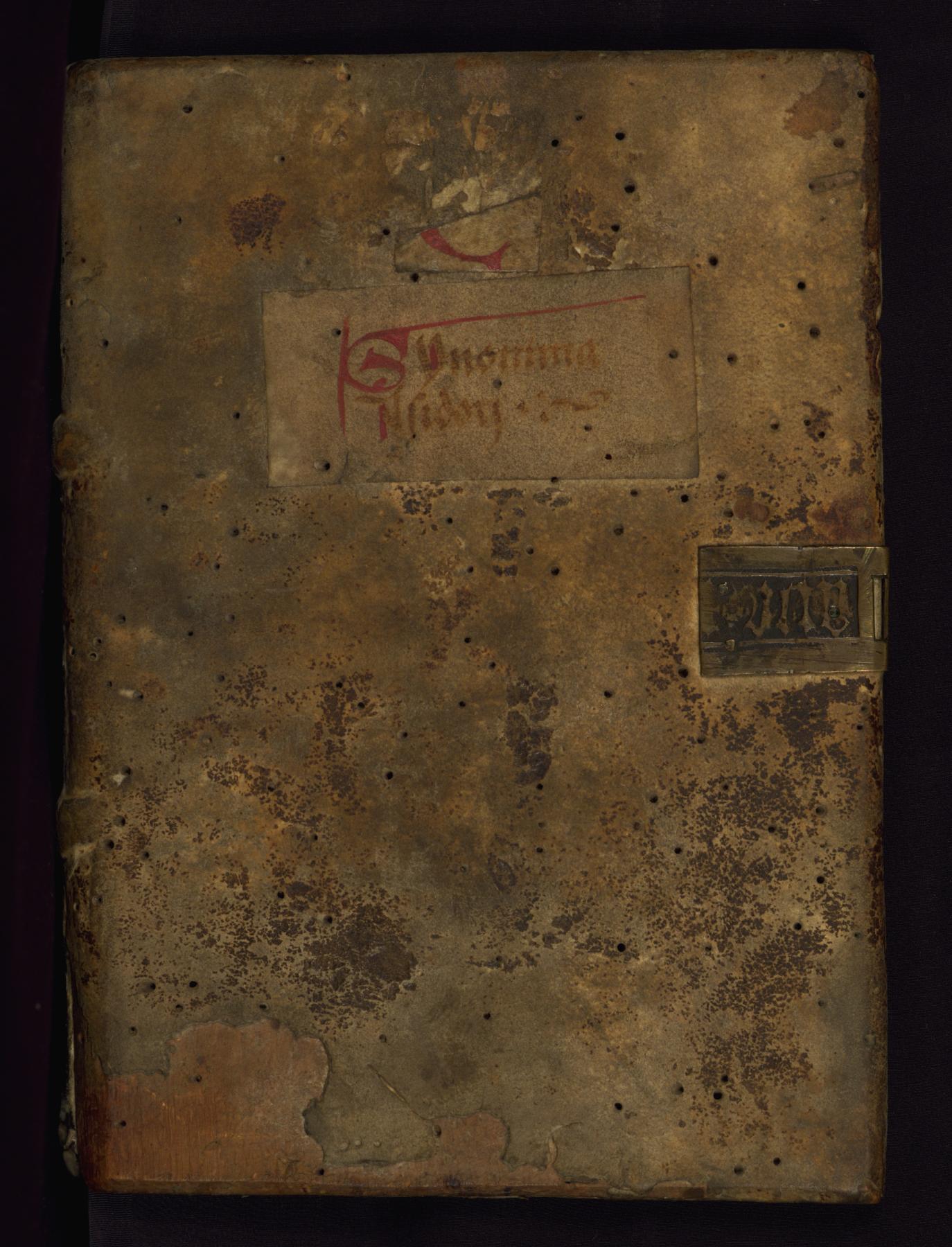 Synonyms of Isidore of Seville

This modest German monastic textbook from the middle of the twelfth century survives in excellent condition in its original binding. Isidore of Seville, who died in 636, was the last of the great Latin fathers, whose works became core to the medieval monastic curriculum. The Synonyma, also known as the Liber lamentationum, starts as a dialogue between Man and Reason, in which Reason tells Man how he can reach eternal joy. The second part is a discussion of vices and virtues. The manuscript contains seventy folios and four decorated or inhabited initials. 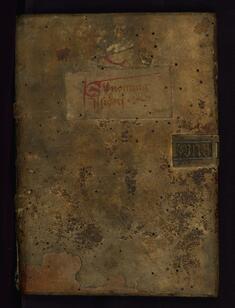 Binding from Synonyms of Isidore of Seville 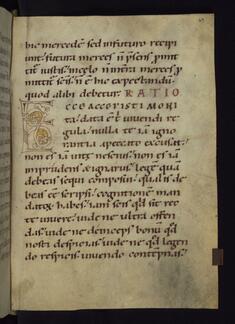 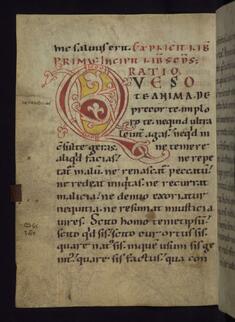 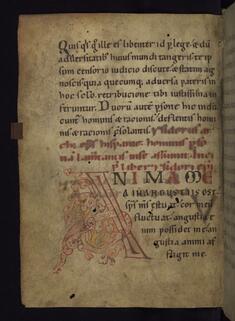 Inhabited initial "A" with beast 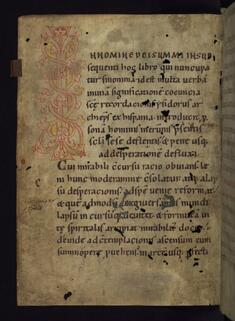 Inhabited initial "I" with beast heads