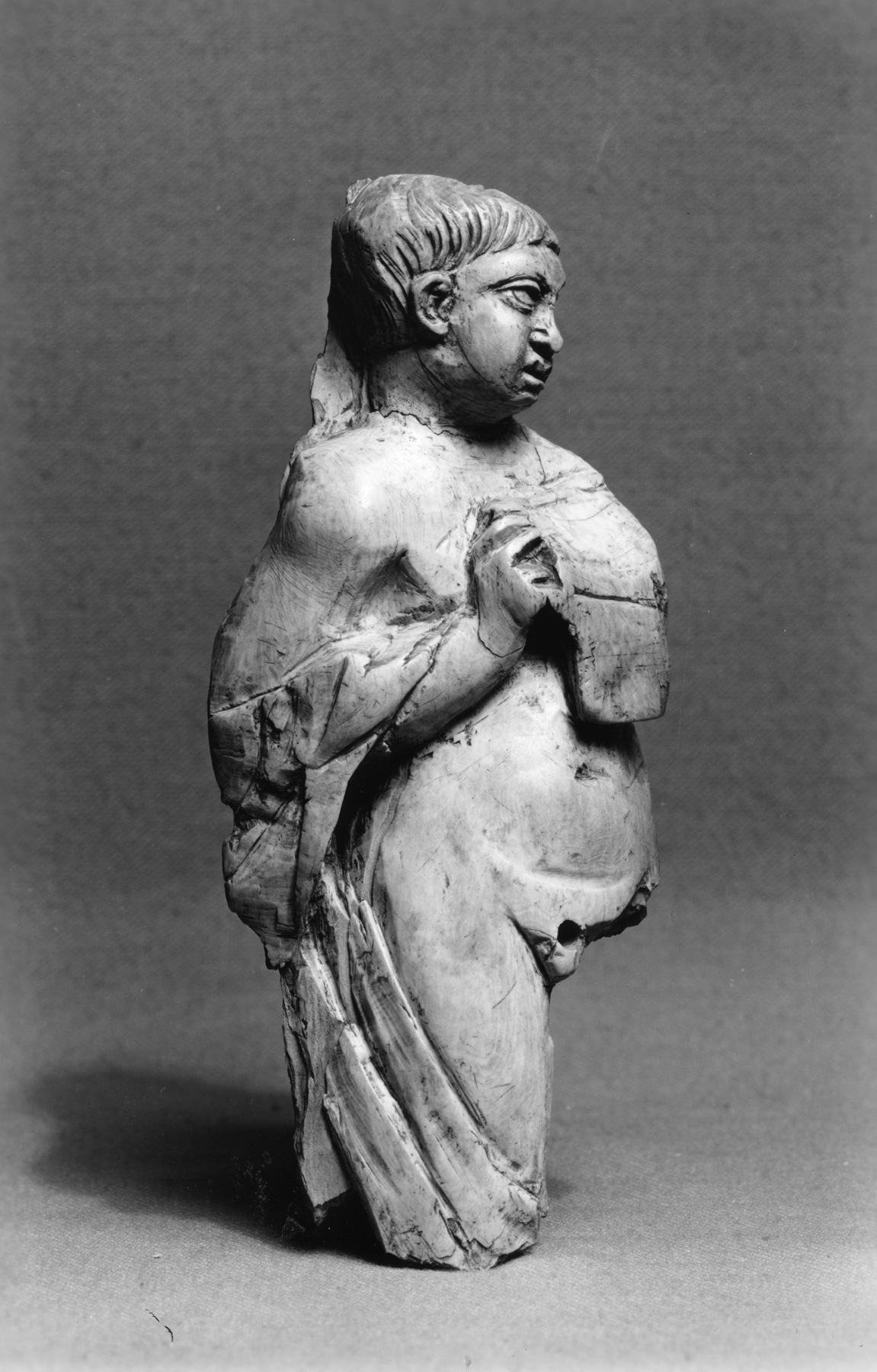 Boy with a Scroll

This large-scale figure of a nude boy once formed part of a large relief, which has been determined from the edges broken all the way around the piece and from the fragment of the background behind the youth's neck. A scarf falls over his right arm and down over his leg; in his hands he holds what appears to be the end of a scroll. The head is finely finished in the round and the details of the anatomy are carefully handled, with the exception of the coarse fingers of the boy's right hand.

The figure's right leg is broken at the knee and its left is missing entirely. There is a hole in the groin which was drilled at a later date.