Walters manuscript W.106 is an exquisite volume comprising twenty-four leaves of Bible Pictures by W. de Brailes, an English artist active in Oxford in the middle of the 13th century. Seven leaves from the same set of images are now in the Musee Marmottan in Paris. These 31 leaves are all that remain of an image cycle that once contained at least 98 miniatures, and which was the longest cycle of Bible miniatures surviving from the 13th century in England. In all probability these Bible Pictures were actually prefatory matter to a Psalter, now in Stockholm, National Museum, Ms. B.2010. De Brailes also composed and wrote the captions that accompany many of the images.

W. de Brailes is one of only two English artists of the 13th century whose name we can associate with surviving works. Eleven manuscripts have been indentified that contain miniatures in his hand. De Brailes has a quirky and chatty style, and he was extremely gifted at turning Bible Stories into paint. 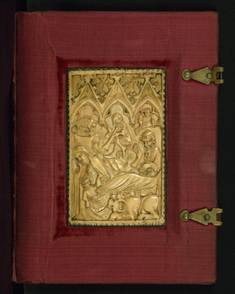 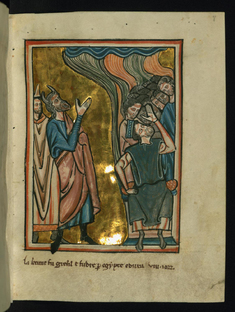 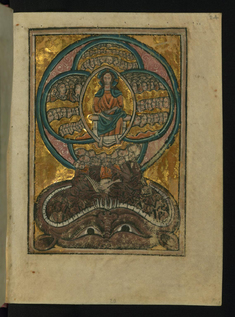 The Fall of the Rebel Angels (Apocryphal) 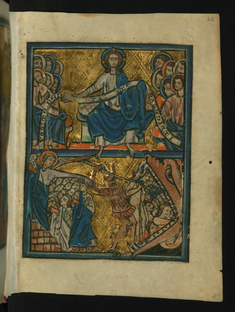 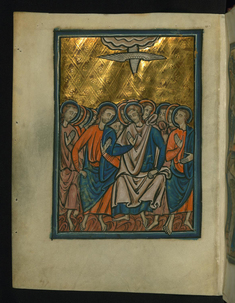 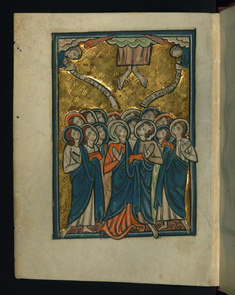 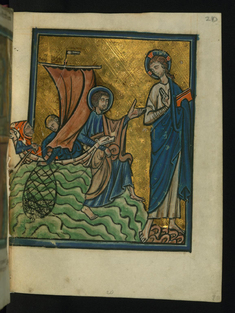 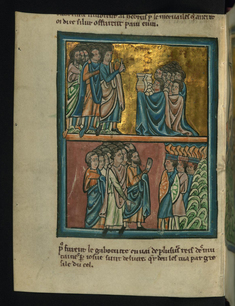 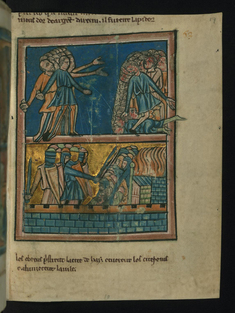 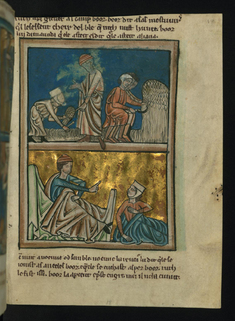 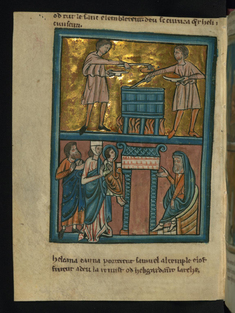 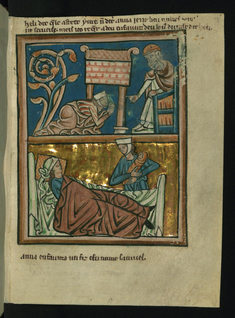 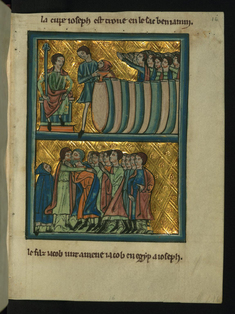 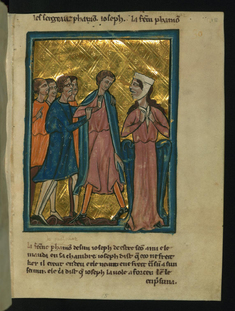 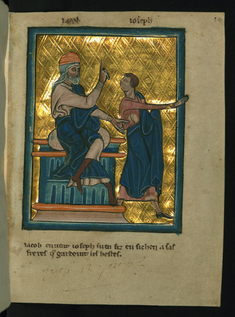 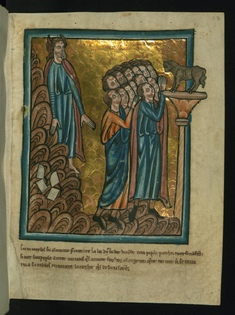 The Israelites Worship the Golden Calf and Moses Breaks the Tablets (Exodus 32:1-19) 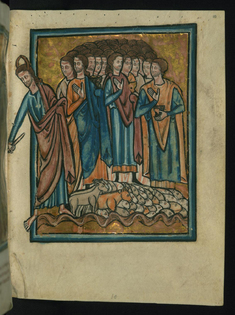 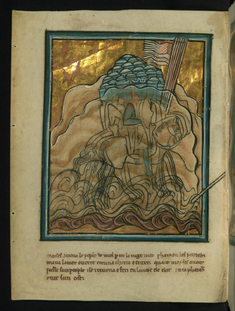 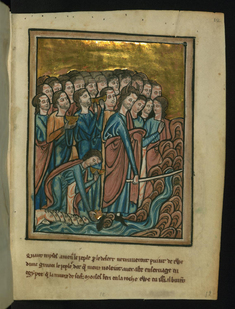 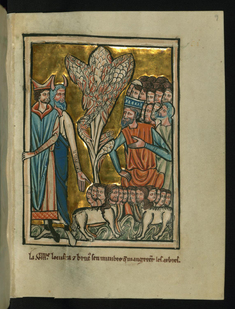 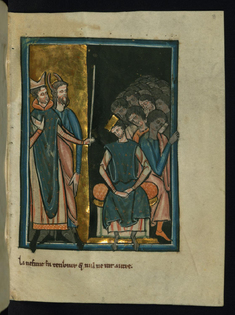 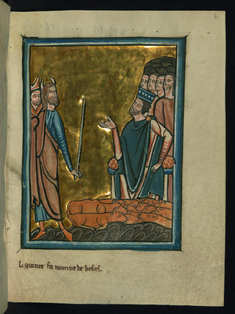 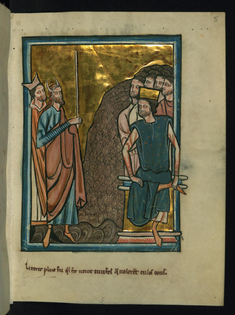 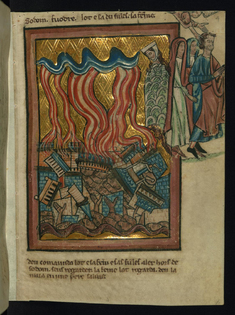 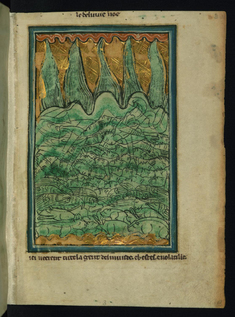 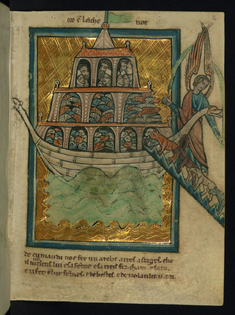 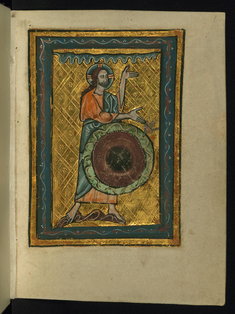