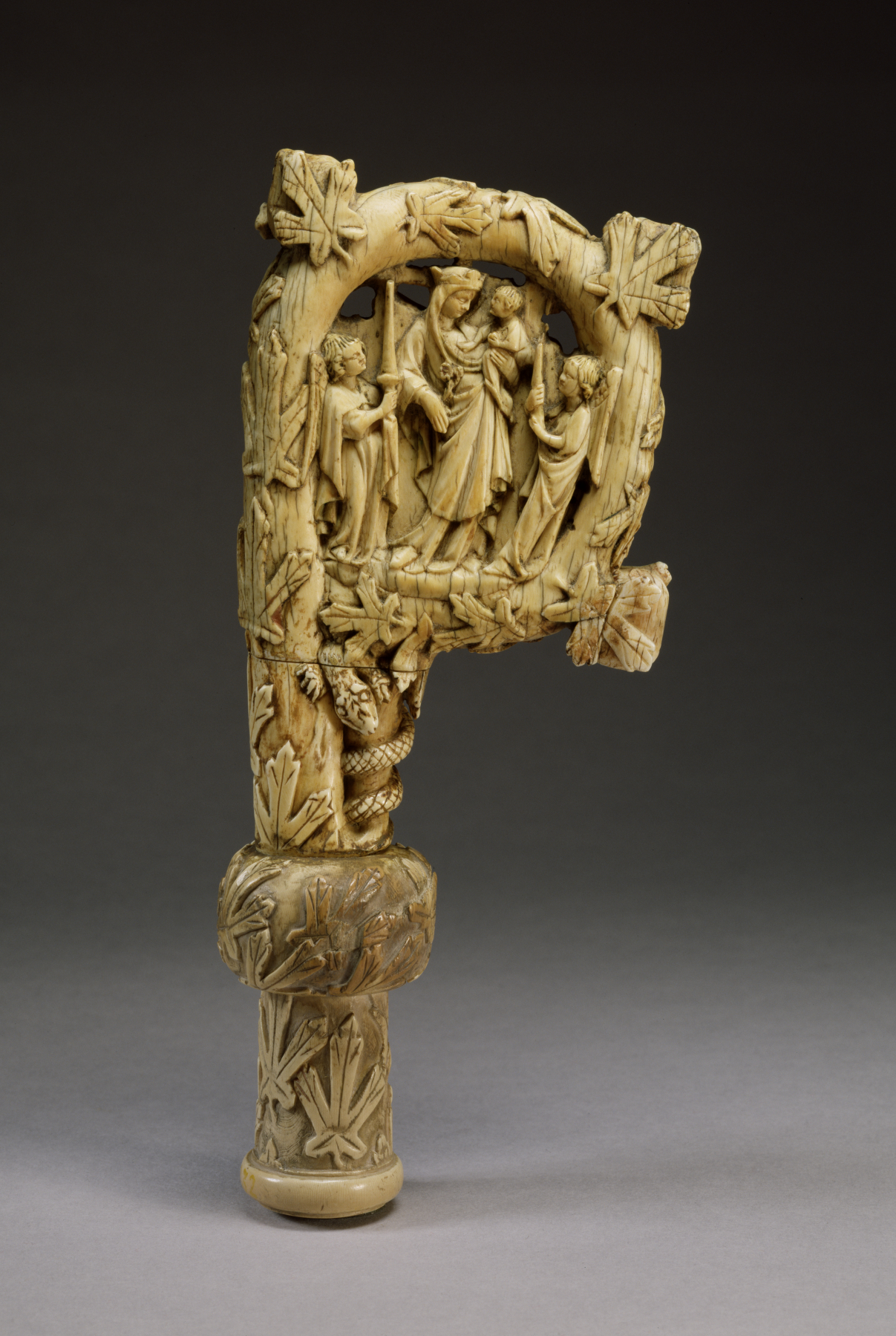 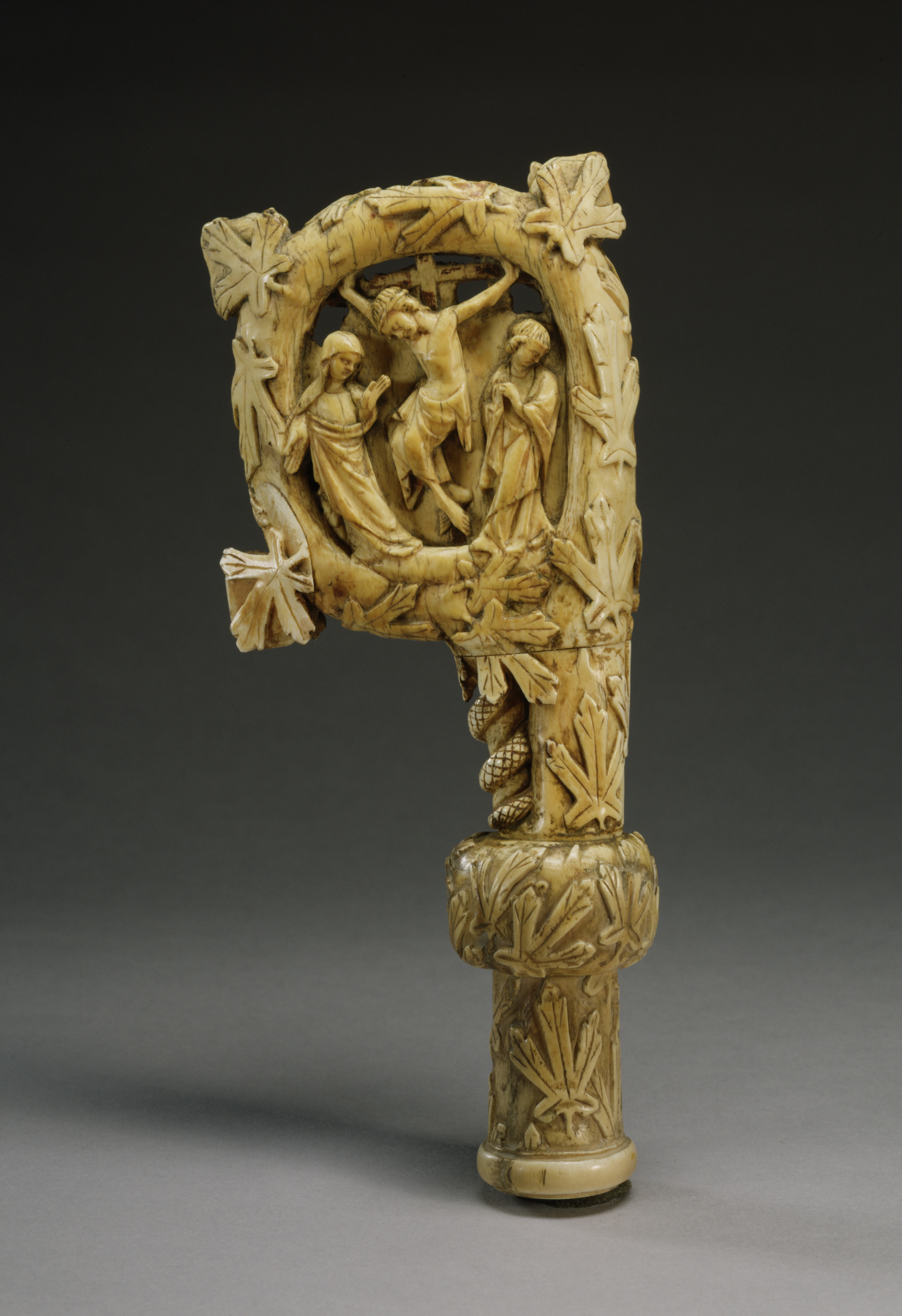 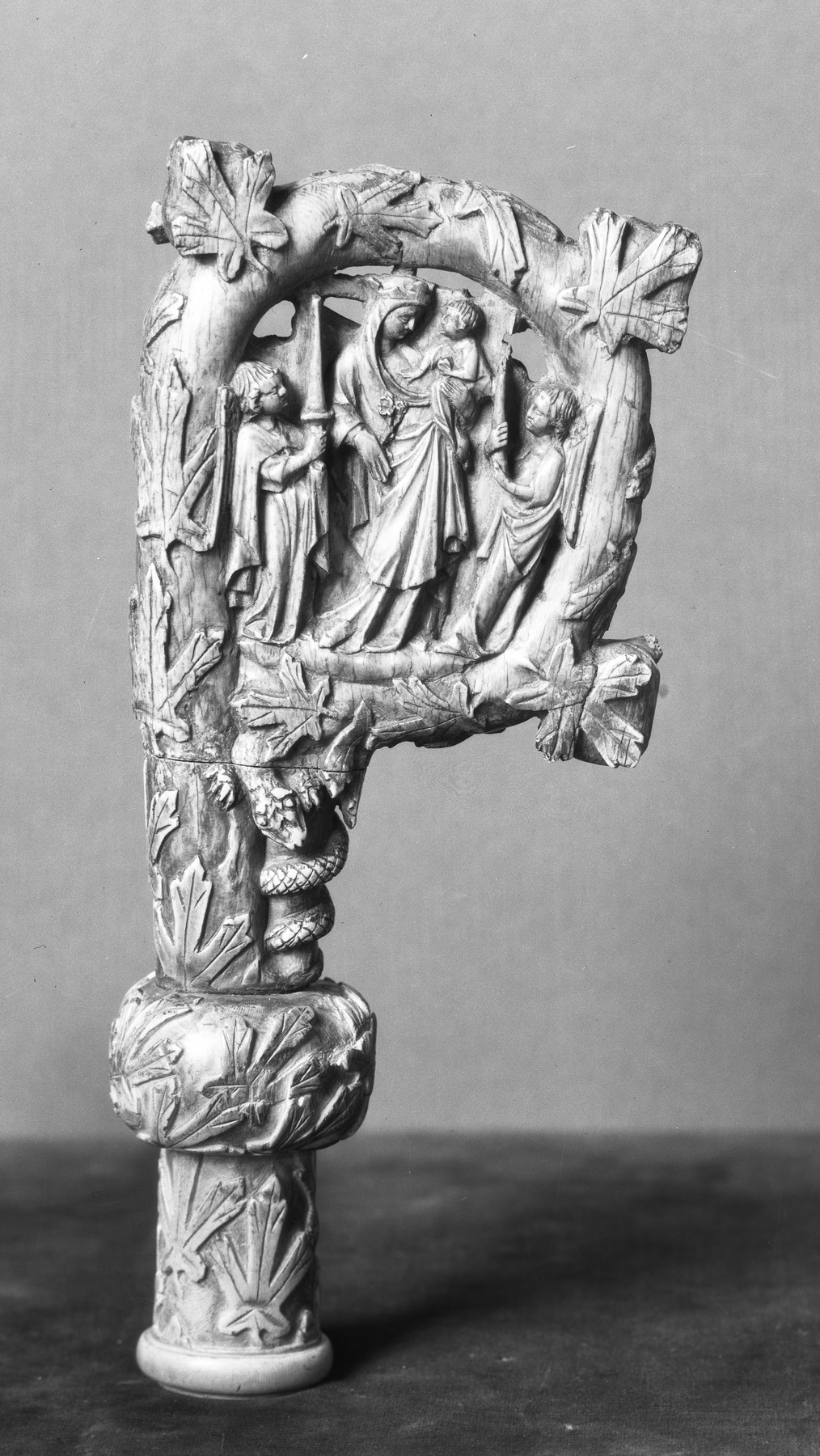 Croziers, the staffs carried by bishops and abbots, are meant to identify them symbolically as shepherds of the Christian flock (actual shepherds use wooden sticks with a similar hook to catch straying sheep). Unusually, this crozier has two complementary images on its two sides. On one side, the infant Christ is held by his mother, who also carries a lily signifying by its whiteness her purity. On the other, the adult Jesus hangs upon the cross; the snake underneath alludes to Adam's and Eve's original sin, redeemed through Jesus' death. The base of the crozier was added ca. 1900.