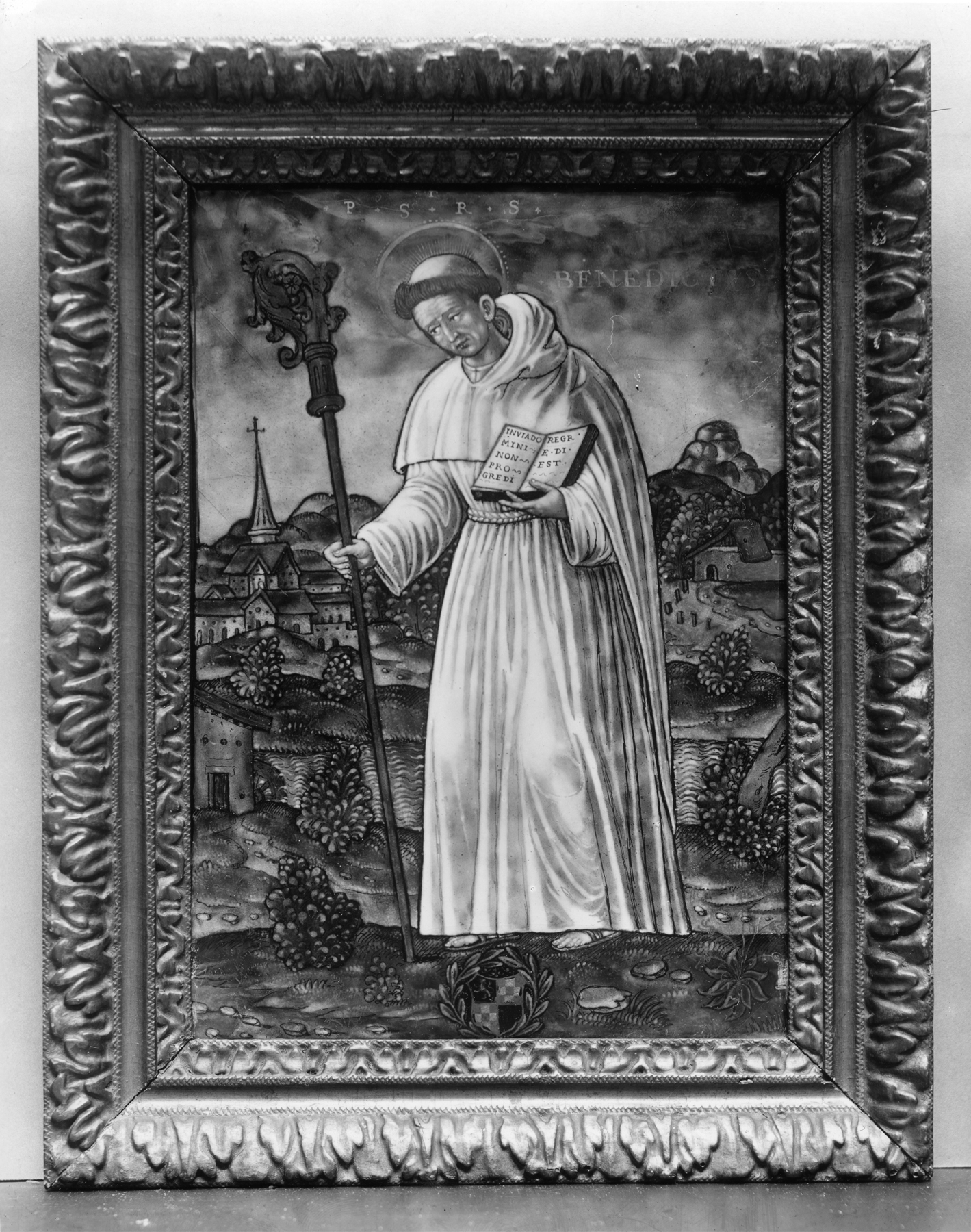 St. Benedict, founder of the Benedictine order, tonsured and haloed, is shown standing and holding the crozier and the book of the rule inscribed: IN VIA DOMINI NON PROGREDI REGREDI EST ('Not to make progress in the way of the Lord is to regress'). He wears the white habit in which he is represented when painted for the Camaldolese or Cistercians who adopted his rule. He is shod with sandals. In the hilly landscape are seen a stream and a mill, and, beyond, the church and buildings of a monastery. The blue sky is inscribed with gilt letters: S. BENEDICTVS, and above, P.S.R.S. with a cross. Beneath the feet of the saint, in a wreath of two green sprays, is painted the coat-of-arms of Verthamon, a Limousine family. Signed on a stone in gilt letters: I.C. On the counter-enamel on the reverse is written in black letters under scrollwork also in black: .F+VERTHAMON. (François II Verthamon).

François II de Verthamon was the son of François I, who became Counsellor in the Parliament of Paris in 1588. François II was successively "Maître des requêtes" and "Conseiller d'Etat" (or "du Roi"). He married in 1625 Marie Boucher d'Orsay, and was created Baron de Bréau in 1642, and Marquis de Masnoeuvre in 1653: cf. "Grand armorial de France," VI, Paris, 1949, p. 441.