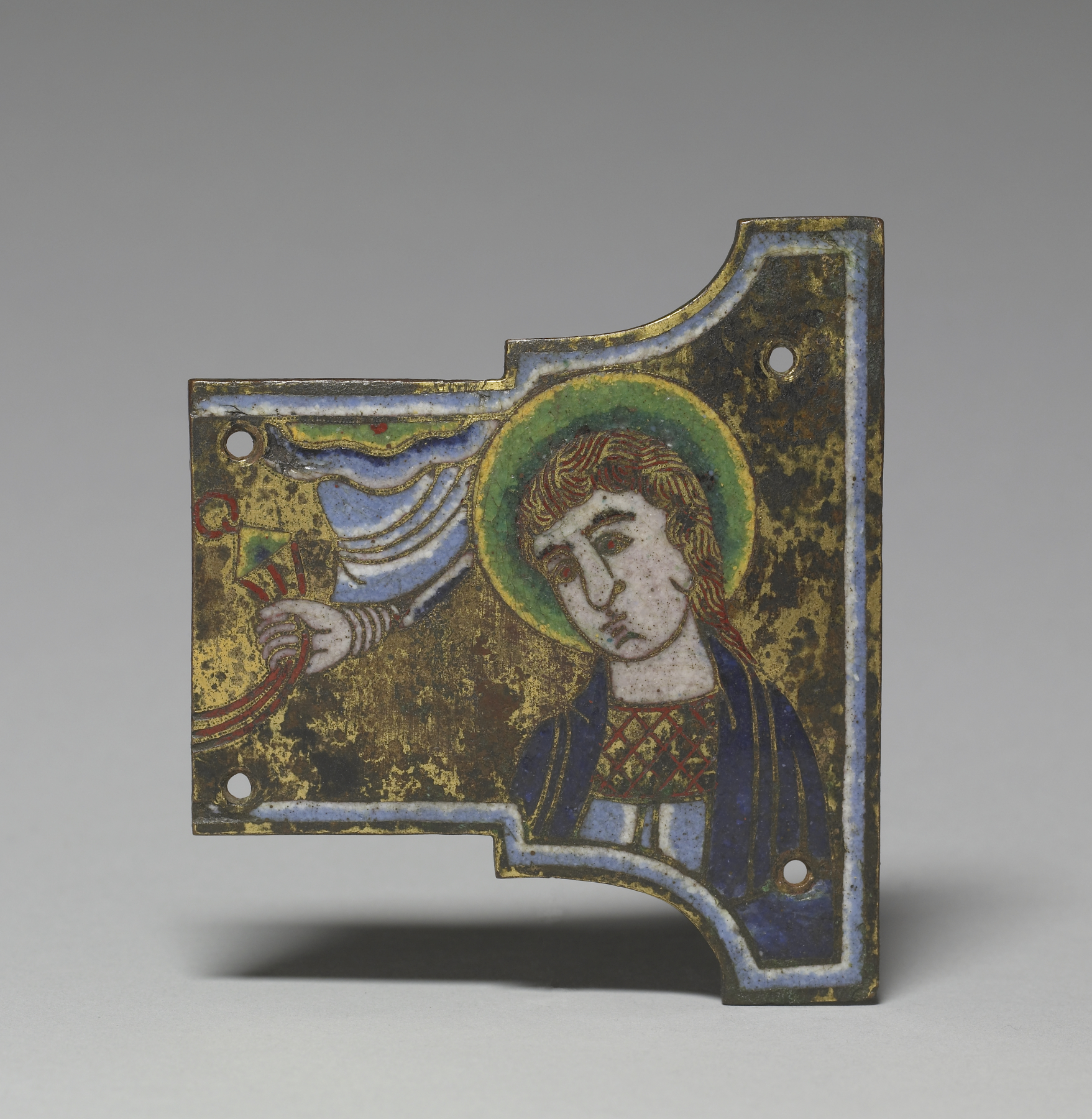 This plaque came from the arm of a cross. It was originally attached to a wooden cross form; when the wood decomposed, the individual pieces became separated or lost. It shows St. John and the arm of an angel coming out of clouds. The angel's hand holds the suspension chains for a censer. The matching censer appears on a central cross panel depicting Christ Crucified now in Paris (Musée National du Moyen Age). The cross was made by the Master of the Royal Plantagenet for Mathons, a priory of the Abbey of Grandmont, and displays the extraordinary workmanship of Limoges artists in the late 12th century.