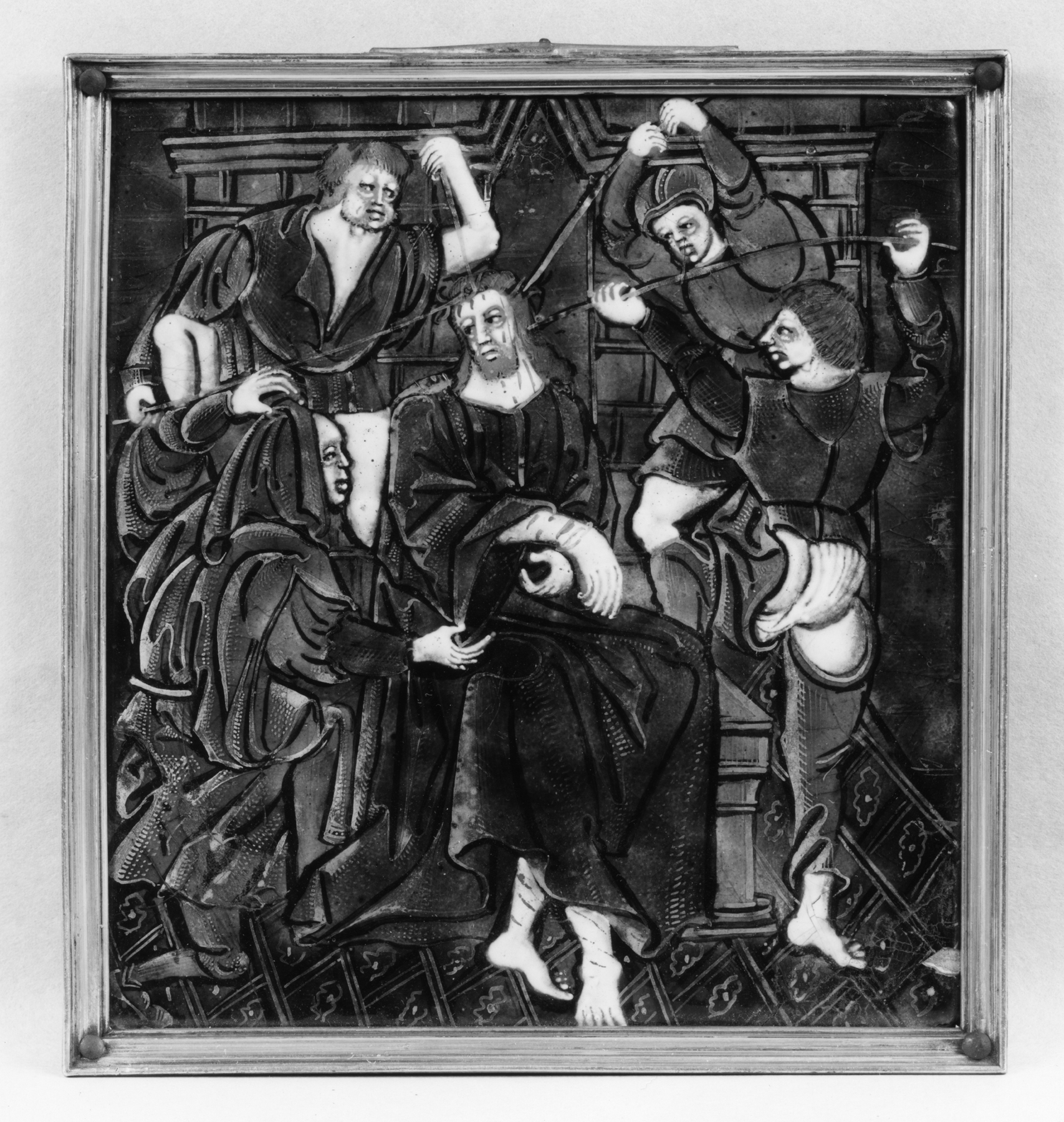 Christ, clad in a purple mantle, is seated on a bench. One tormentor kneels and starts to remove his hood in derisive salute; three others press the crown of thorns on his head with long sticks. In the background is a masonry screen with a pedimented aperture. The floor is tessellated.

This plaque is the work of an anonymous master of the 1530s, who is sometimes designated as the pseudo-Couly Nouailher. It is reminiscent of enamels of the same subject from the workshop of Nardon Pénicaud. The composition was copied after the engraving of the Crowning with Thorns in the Passion series by Martin Schongauer (B. VI, p. 125, no. 12).