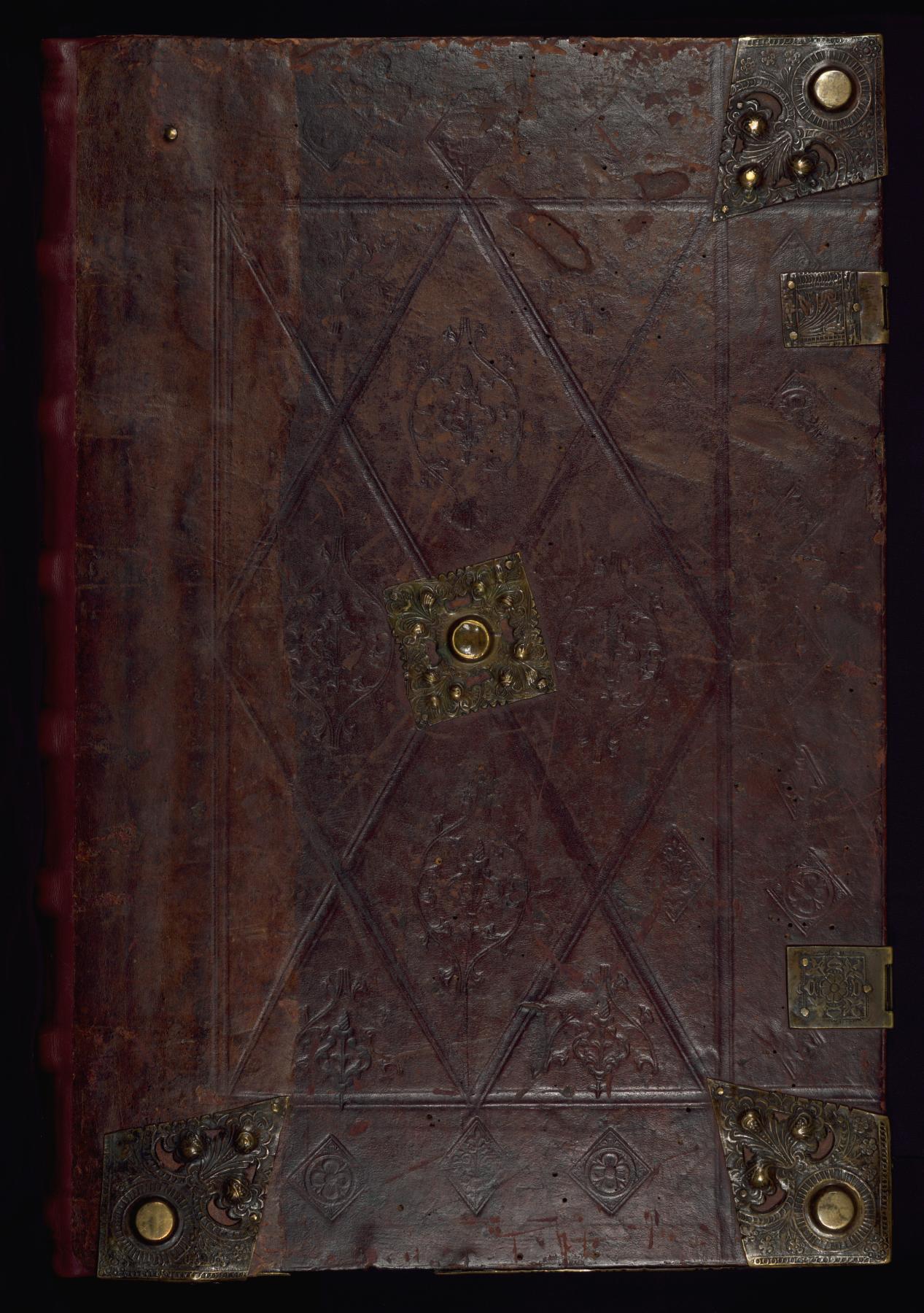 This large-scale manuscript contains the first eight Old Testament books, Genesis through Ruth. The date of completion is given as February 2, 1507. The illumination of the Creation within a cosmographic scheme is based in part on the woodcut illustrations of the Creation in the 1483 Koberger Bible and the 1493 Nuremberg chronicle by the same printer. Large historiated initials mark the beginning of each book. This large-format form of the Bible was revived in the low countries and Rhineland in the mid fifteenth century; later in the century such books were being made in southeast Germany and Bohemia. The style of the miniatures in this manuscript is typical of upper Austrian miniature painting of the later fifteenth century. 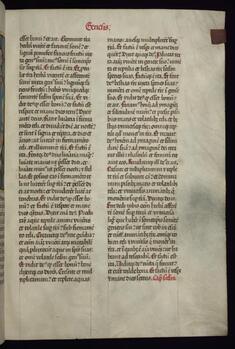 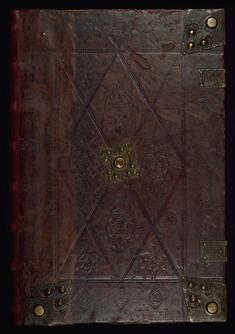 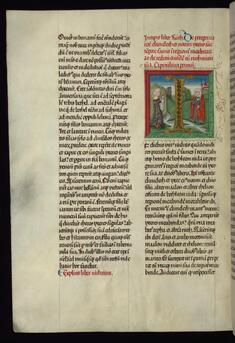 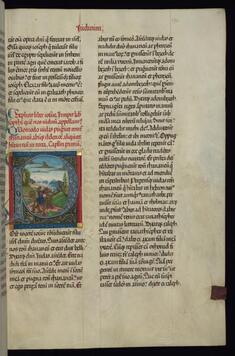 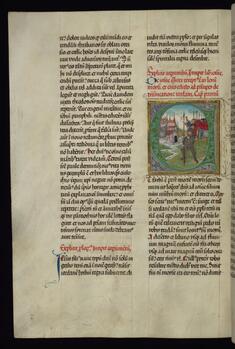 Joshua, in silver armor, leads the assault on Jericho 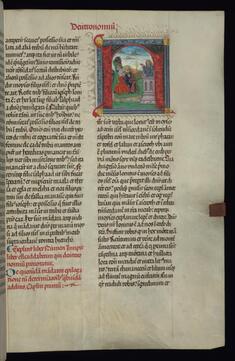 Moses preaches to the Israelites from a pulpit 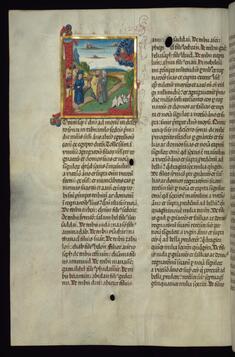 God appears to Moses and a group of Israelites 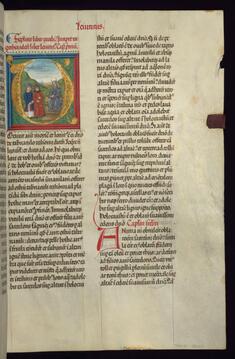 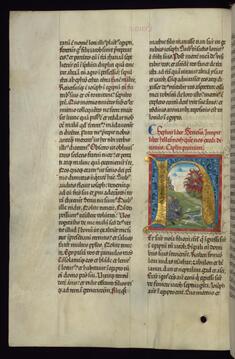 Moses before the burning bush 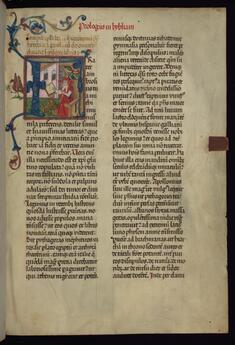 St. Jerome in his study 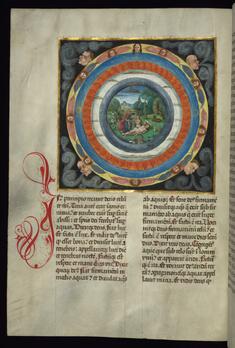 Creation of the world and Eve