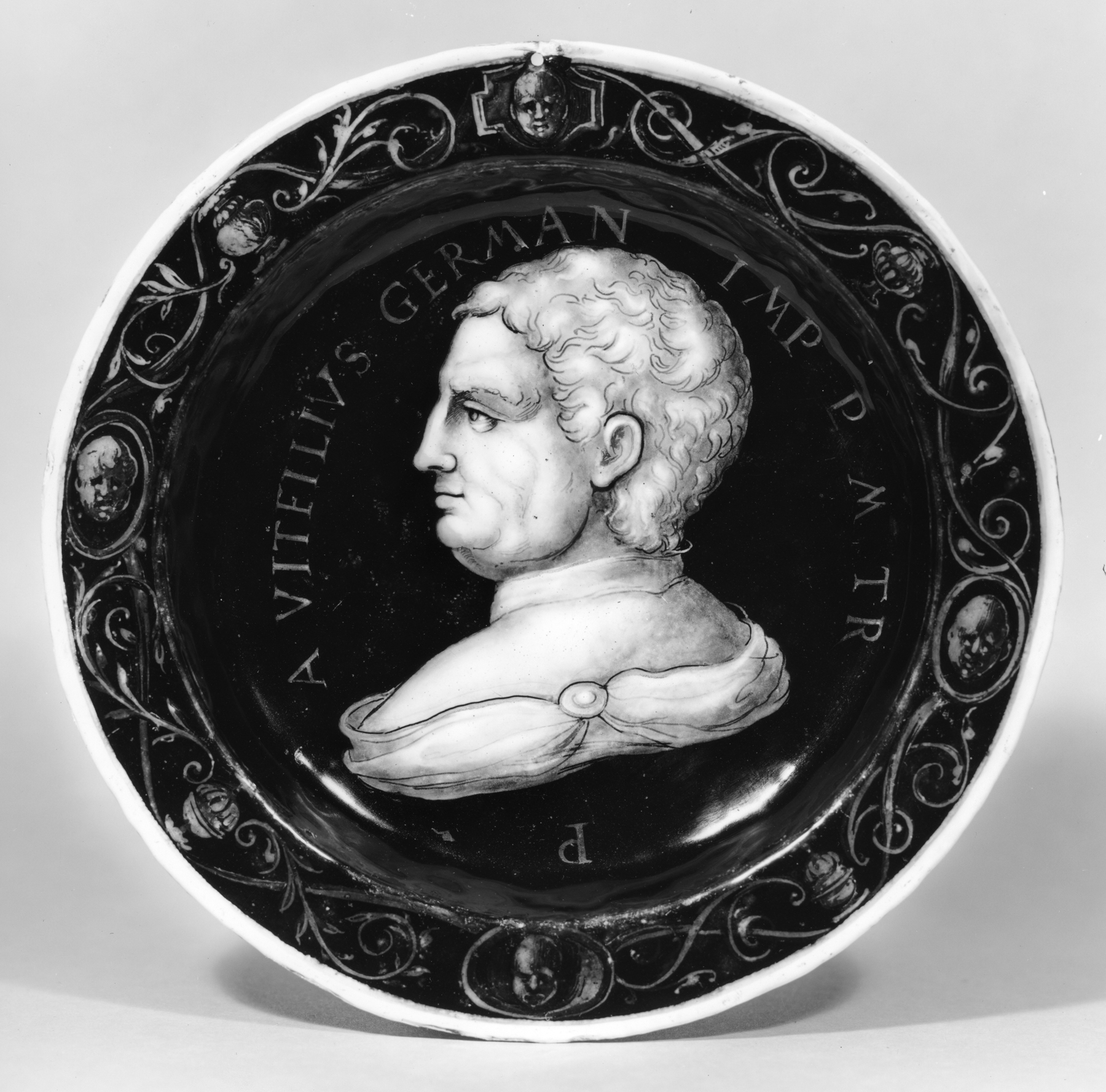 Portrait of the Emperor Vitellius

In the well of the circular plate is painted the bust portrait of the Roman Emperor Vitellius in left profile, copied from an engraving (which itself was derived from a sculpture, rather than from a numismatic type). Possibly the inscription was an afterthought, because it is not concentric with the periphery of the well of the plate, in addition to it being misspelled. However, it was certainly gilt and fired at the time that the plate was enameled. The P of P[ontifex] is provided with the long bar found in the stamps of the Pénicaud workshop, used at the time it was under the direction of Jean Pénicaud II. The border is composed of gilt scrolls with alternating masks and vases in gold "camaïeu." The enameller copied a print by Marcantonio Raimondi, one of a series of the Twelve Caesars.

The back of the plate depicts a trefoiled ornament with three masks and sprays, and, in the border, light scrollwork designed in grisaille.