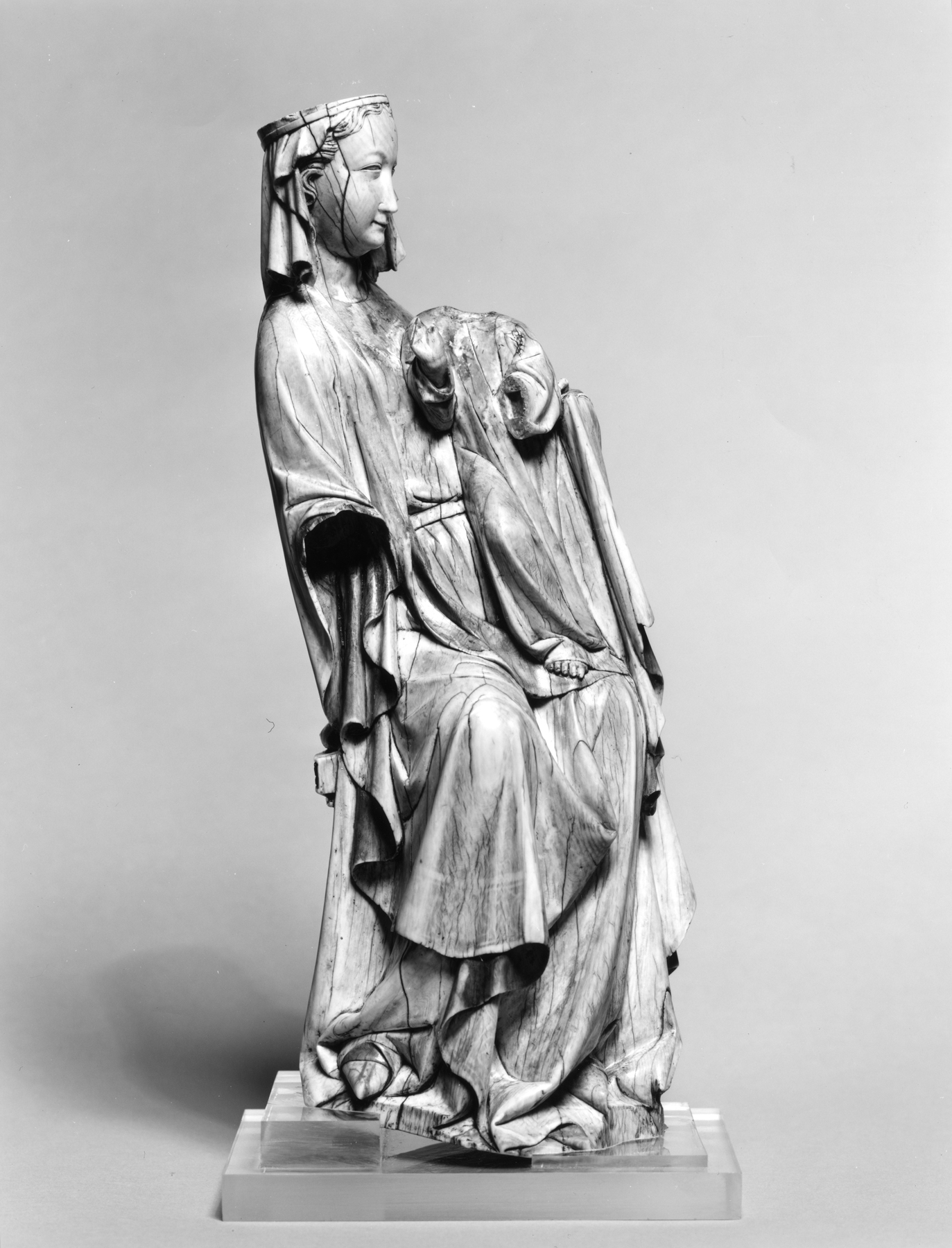 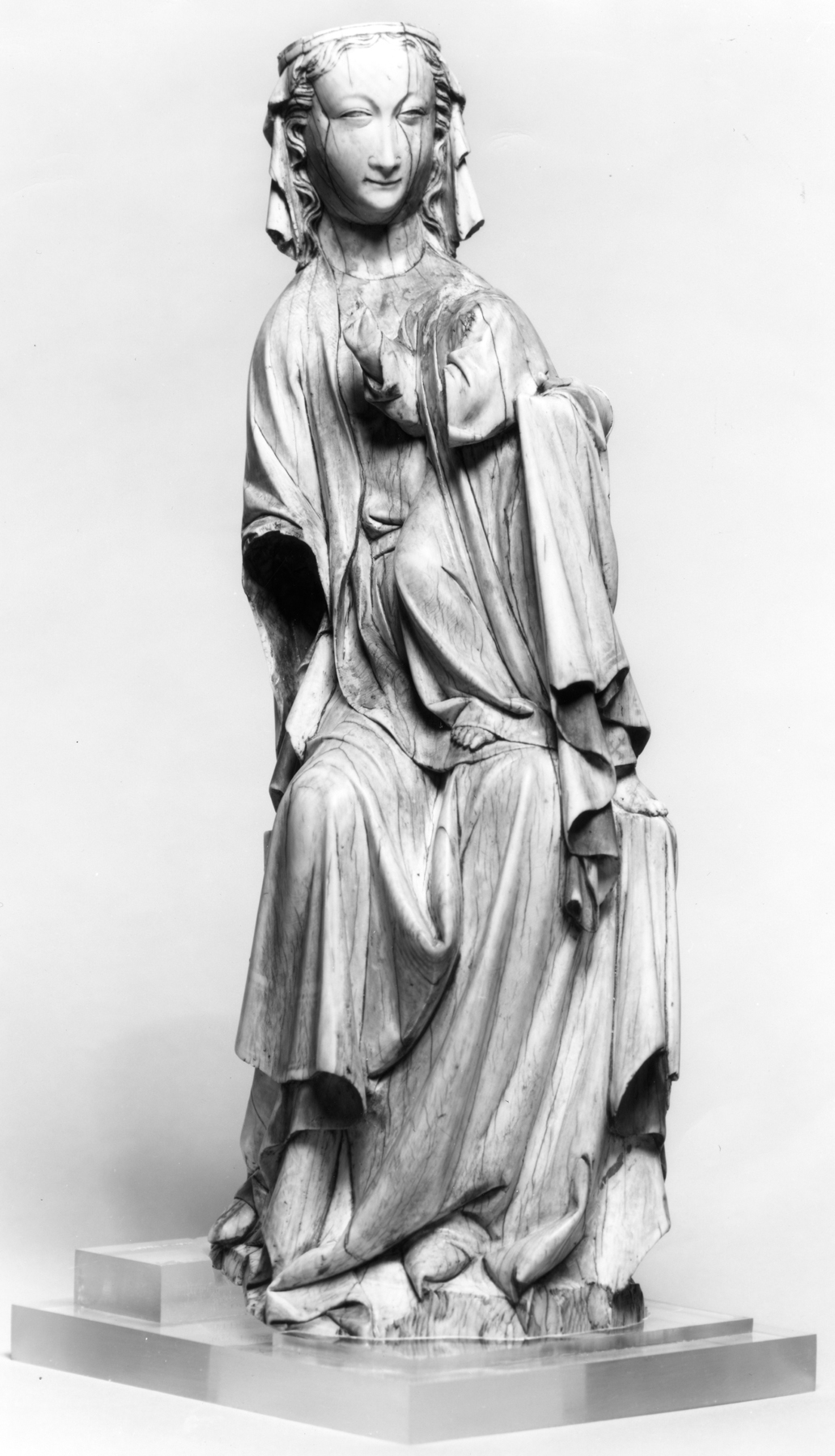 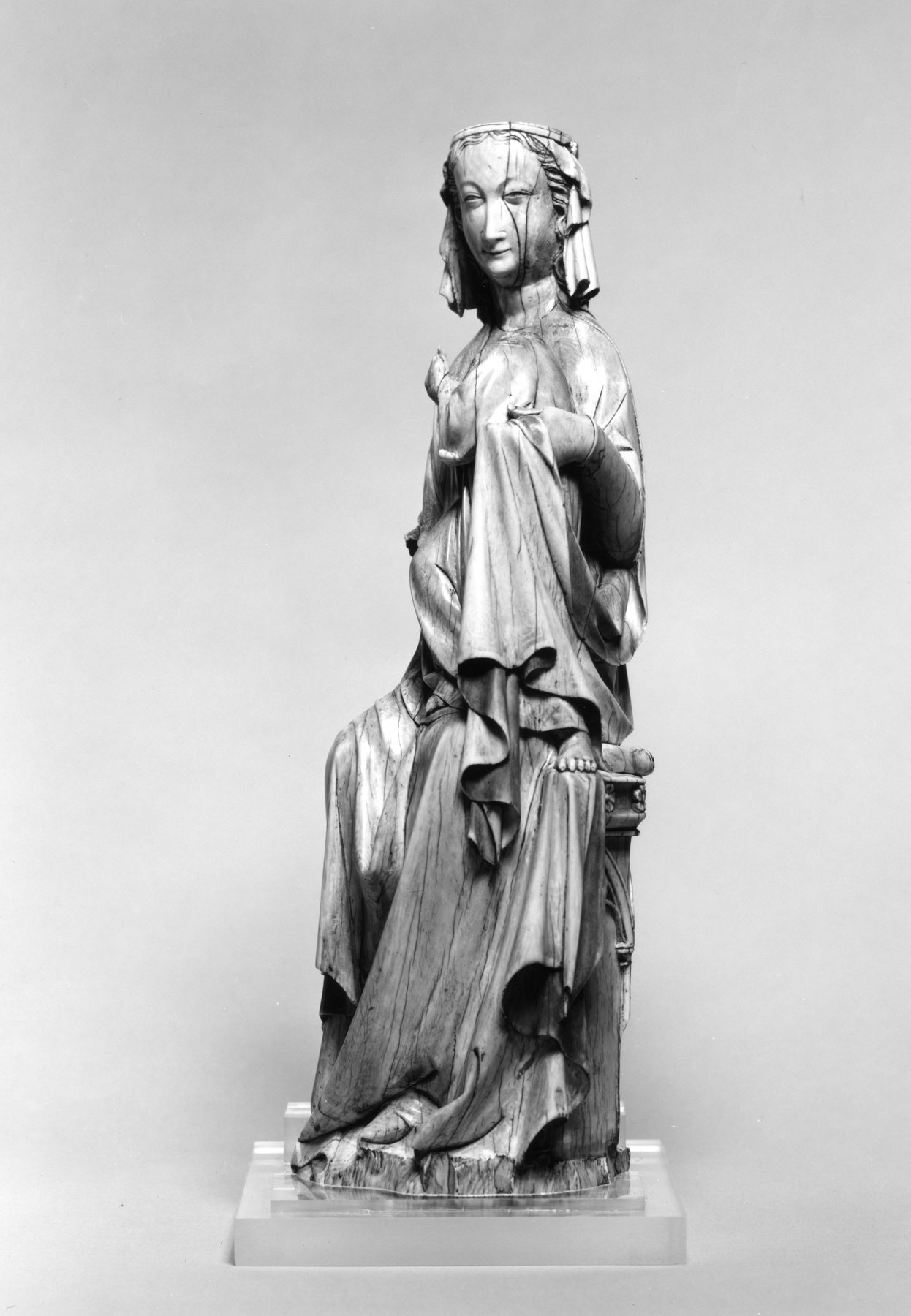 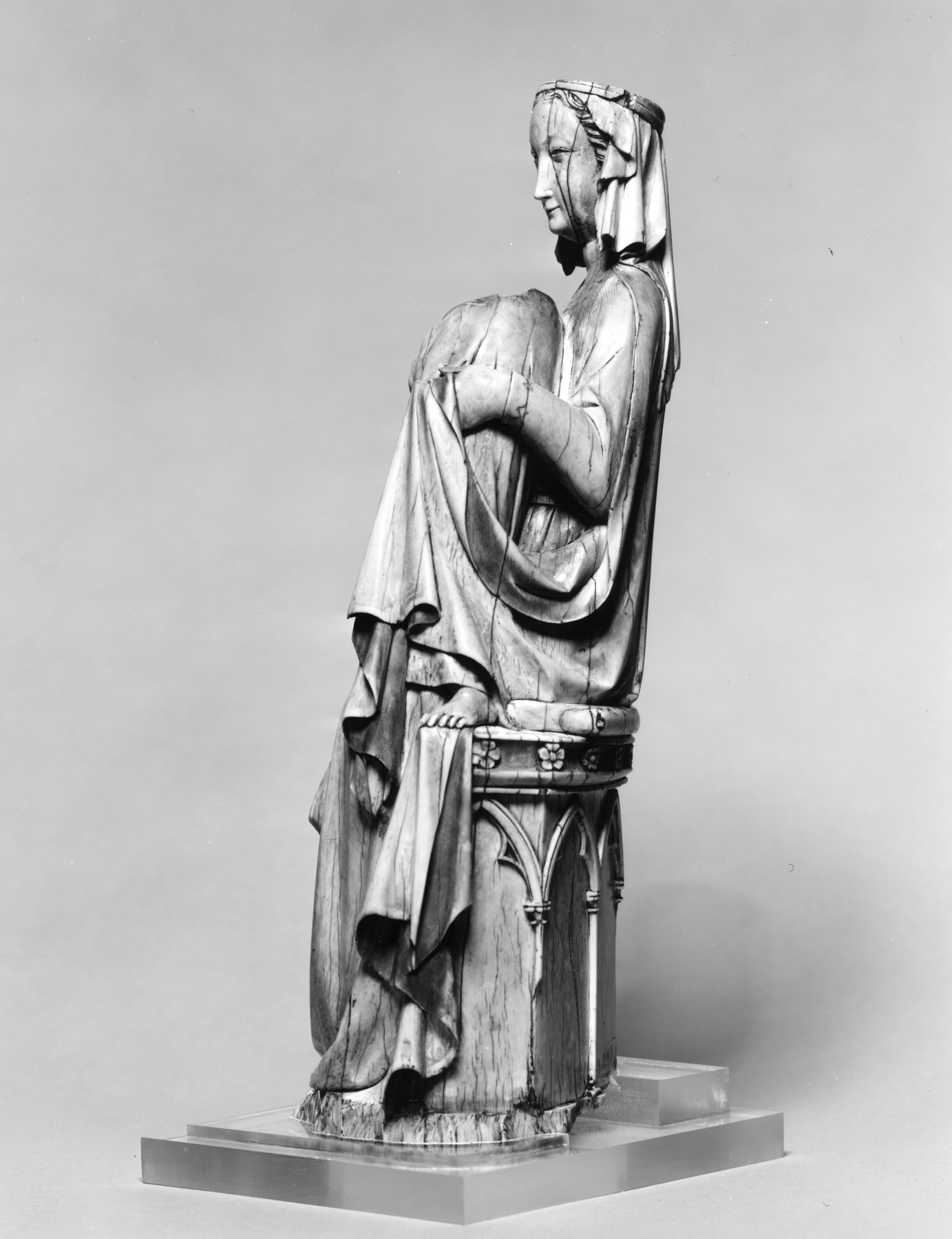 The seated figure of the Virgin arches gently backward to conform to the curve of the ivory tusk. The Christ Child stands in her lap, with one foot on the throne, and reaches for the stem of lilies (?) that were held in the Virgin's right hand. The group is carved in the round. The throne is decorated with thin colonnettes supporting pointed arches, and there is a band of rosettes on the molding of the seat.

Traces of blue pigment remain on the skirt, painted over a reddish stain, and the silhouettes of gilt embroidery patterns occur on the borders. The Virgin's crown and right arm are missing. The Child's head, his left hand, and part of his right hand are missing. A wedge of ivory at the base, which established the proper position of the group, is missing, and there are two major chips along the base. The right half of the Virgin's face was restored in the 19th century.