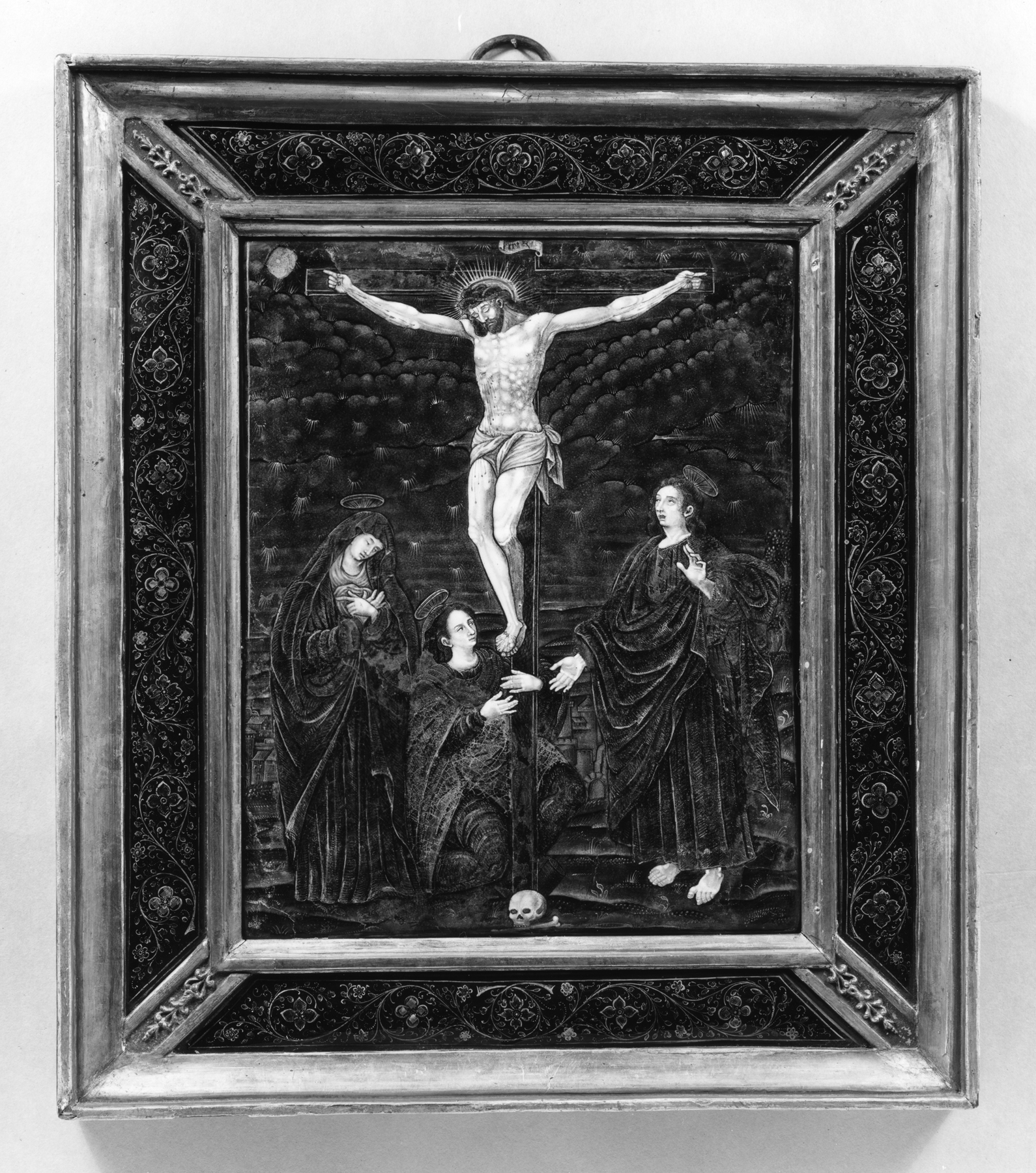 The dead Christ on the cross is flanked by the Virgin and St. John standing to the left and right. Mary Magdalene kneels and clasps the lower part of the cross with both hands. The sky, deep blue near the horizon, merges into the gloomy violet clouds above, marked by radiating shafts of light dispersed amongst them. Between the figures are glimpses of the buildings of Jerusalem. At the foot of the cross are the skull and a bone of Adam.

The figures of Christ, St. John and the Virgin are taken from the same model as Walters 44.246, but the drawing is coarser in style than on that plaque, although more strongly plastic. The glimpses of the city derive from the same model. The kneeling Magdalene may have been adapted from the same print which suggested stormy sky in both plaques (from the "Missale Romanum," Christopher Plantin, Antwerp, 1571). 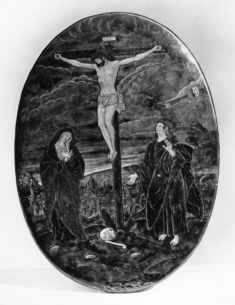