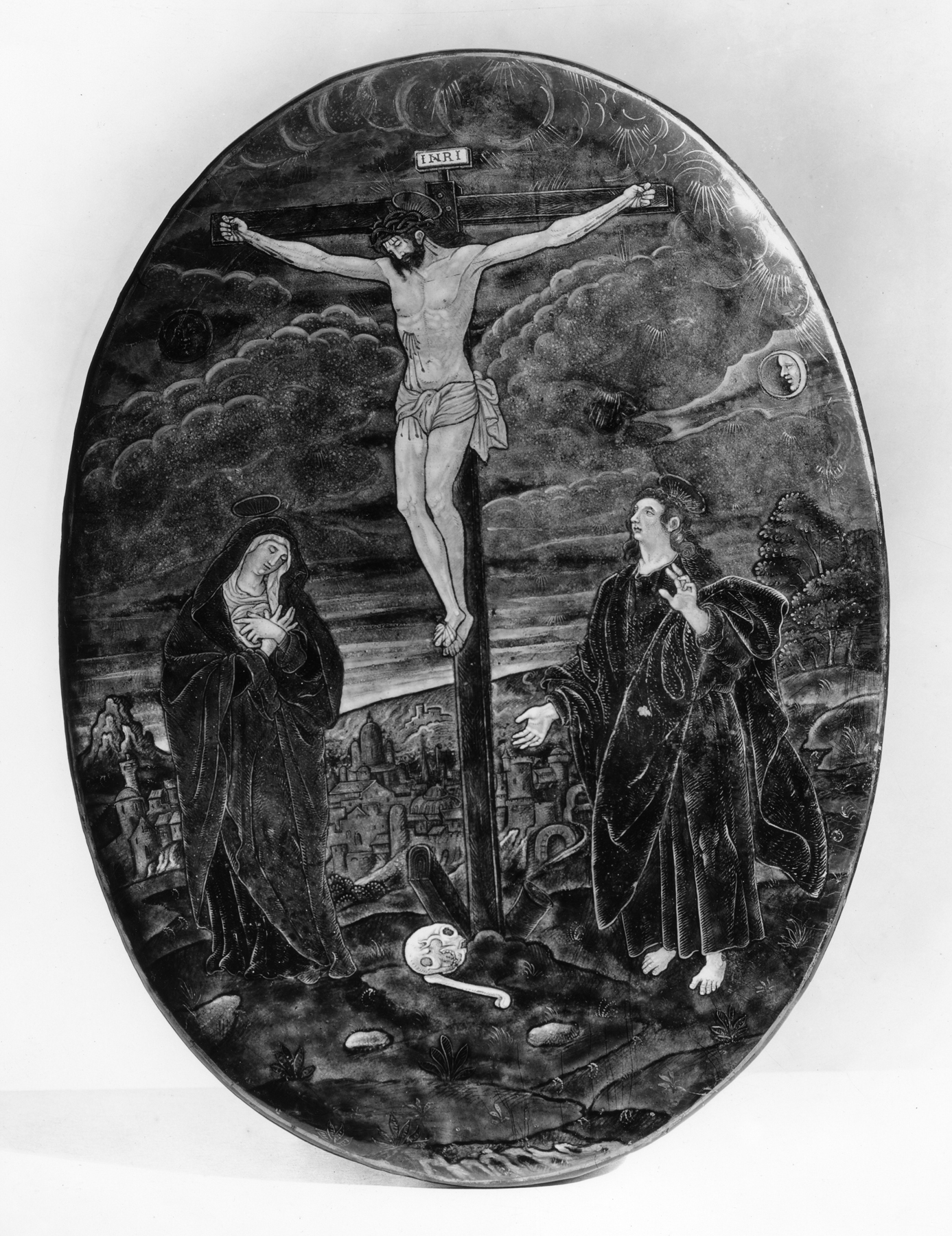 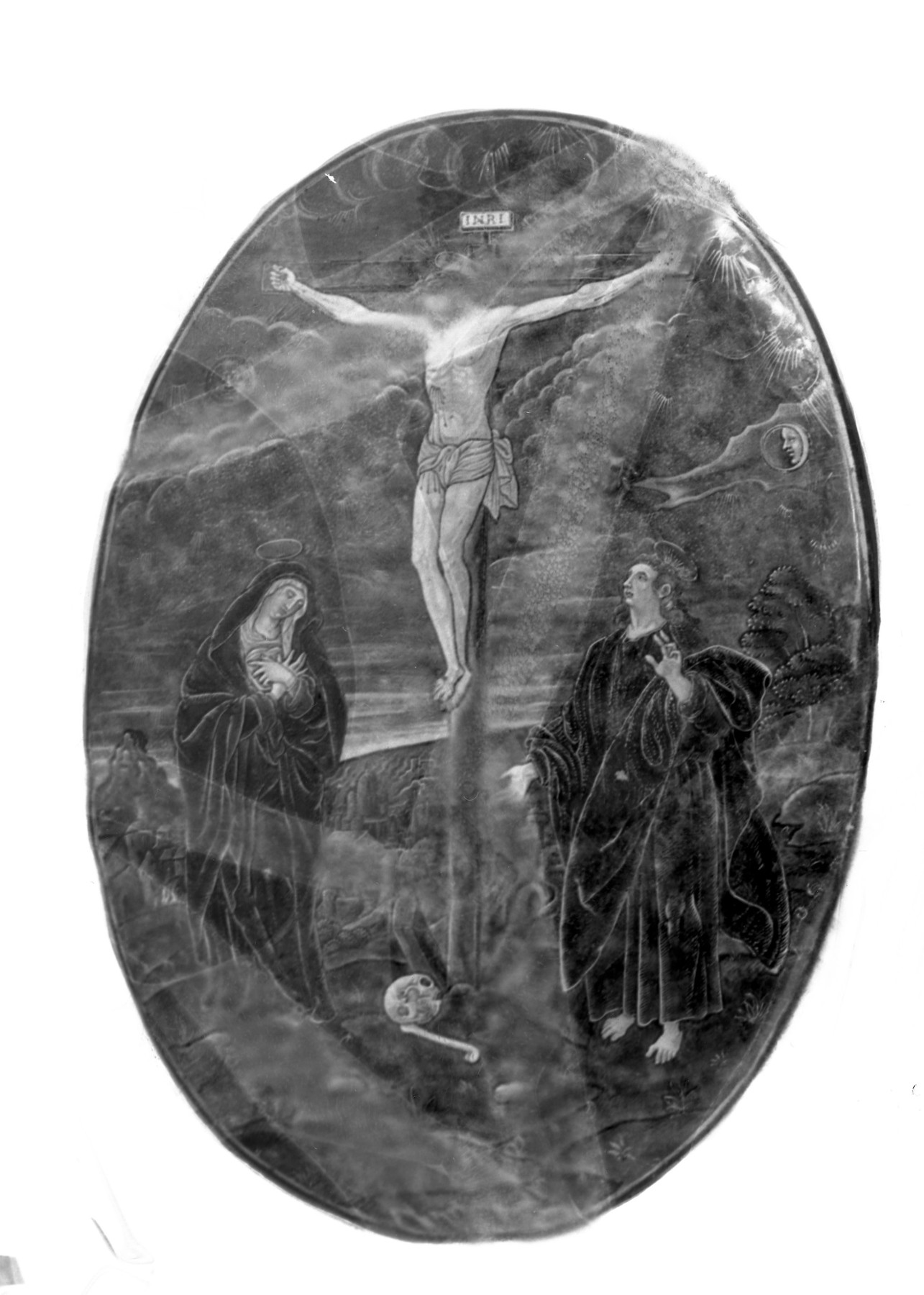 The body of Christ, crucified between the sun and the moon against a stormy sky, rises above the standing figures of Mary at the left, who crosses her hands on her bosom, and of John at the right, who extends his hands in a gesture of mourning and adoration. At the base of the cross lie a bone and the skull of Adam, which is seen in perspective from beneath. In the background, the blue and gold vision of Jerusalem, mingling oriental domes with medieval towers and steeples, is set before distant blue hills and craggy peaks. The sky at the horizon is streaked with deep blue, purple and green, and gold rays of light dart from the purple clouds above. 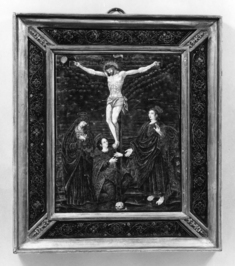