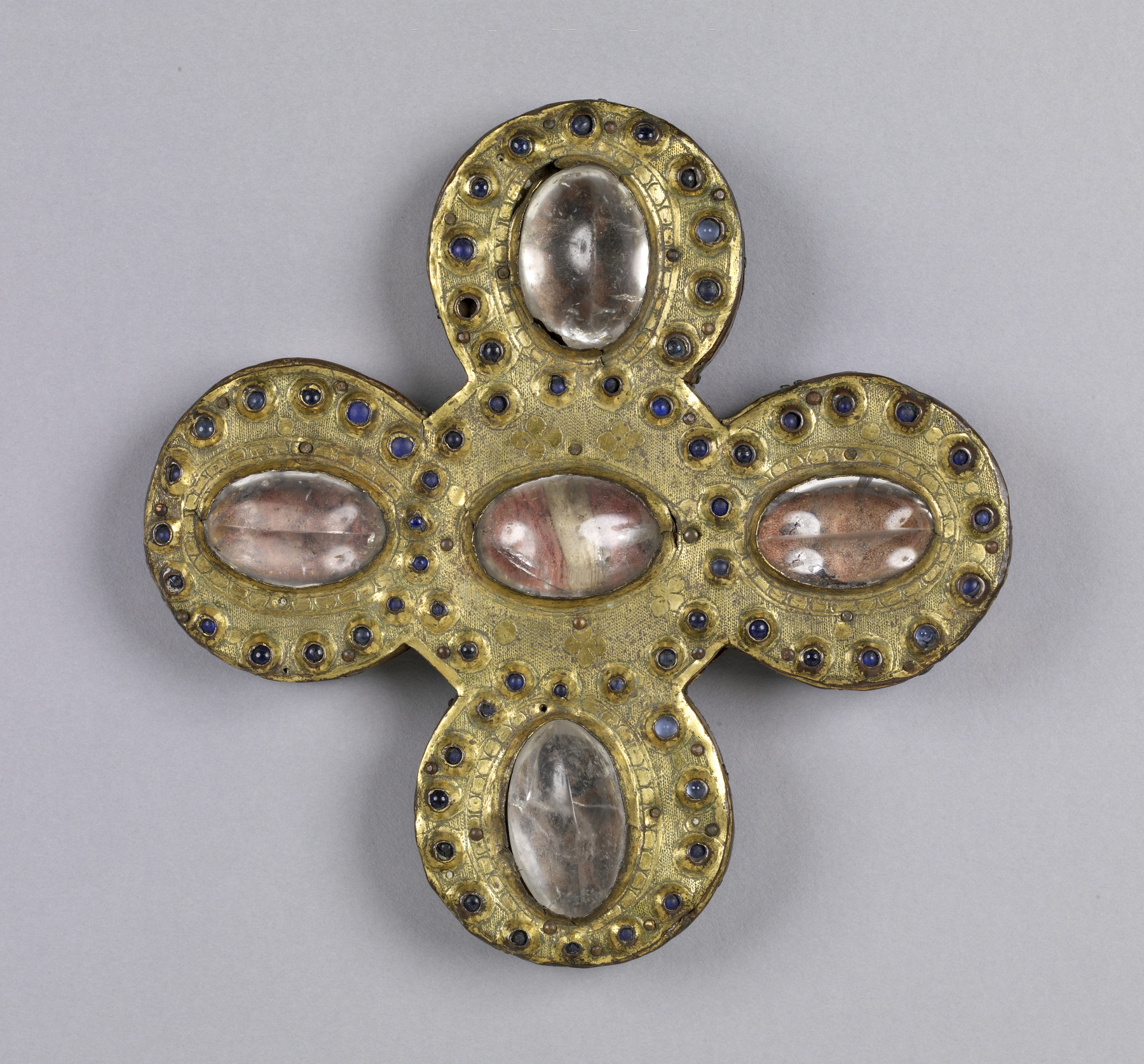 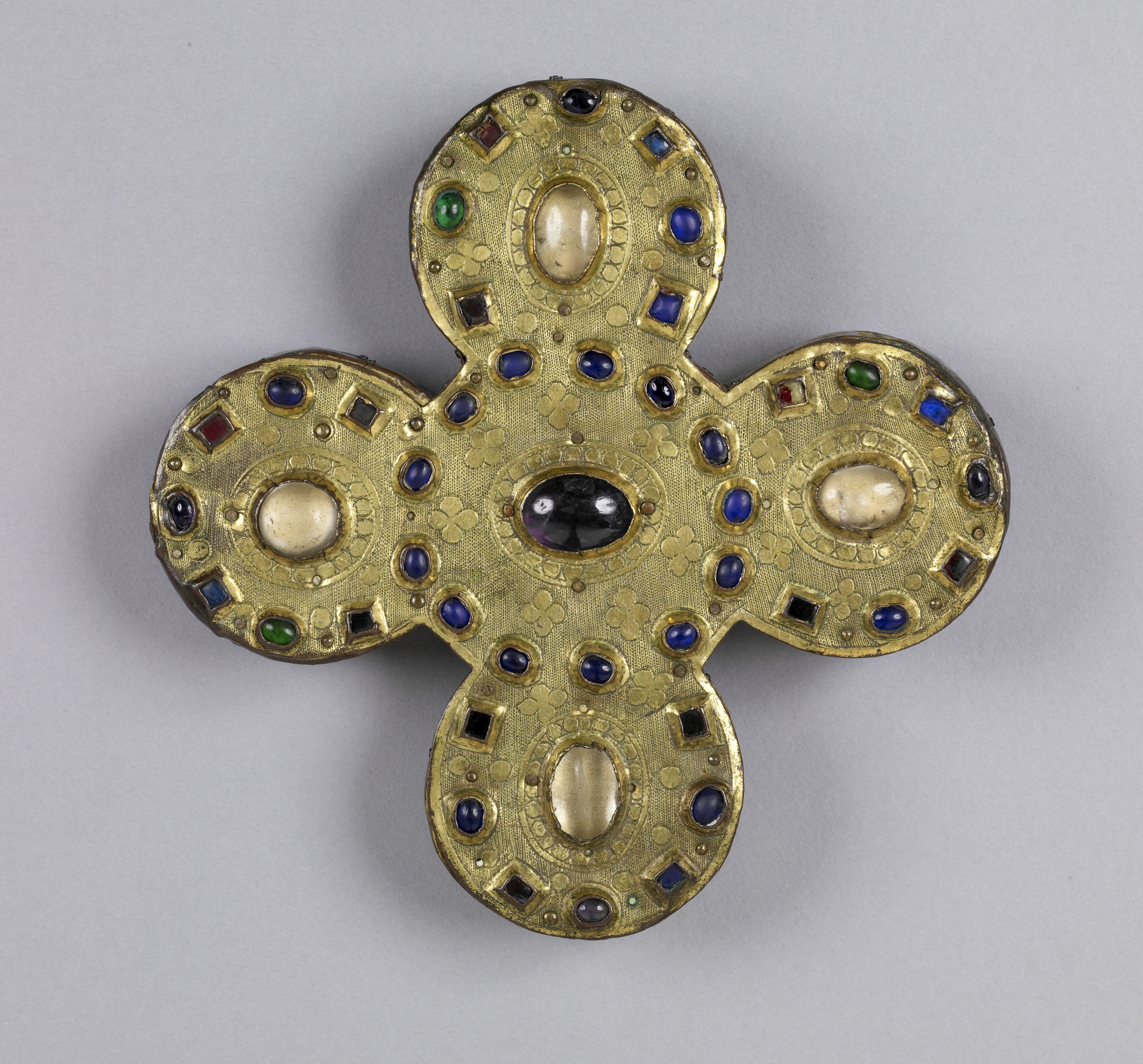 This type of reliquary is called a phylactery (amulet) after the smaller versions of the same shape that believers wore around their necks for personal protection. This phylactery may originally have rested on a sculpted base or have been suspended from a canopy above the altar. Relics were placed under the five large convex crystals, which acted as magnifying glasses.