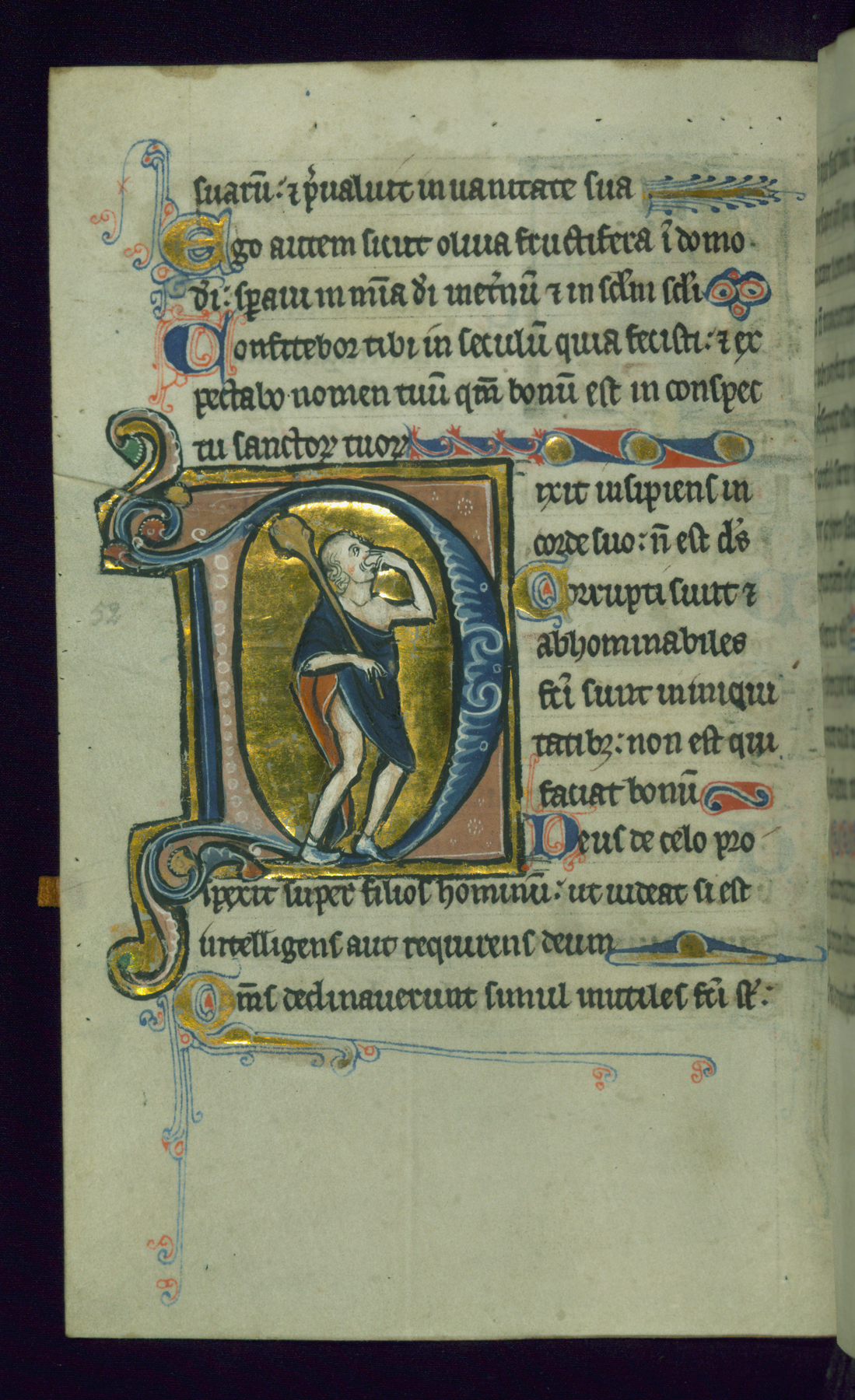 Leaf from Psalter: Psalm 52, Initial D with Fool Holding a Club and Biting a Loaf

This page from Psalm 52 has a large, illuminated initial D with a fool holding a club and biting a loaf. 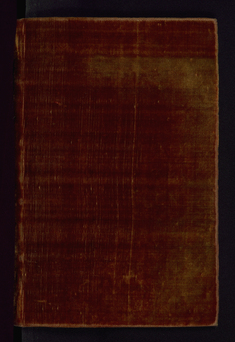