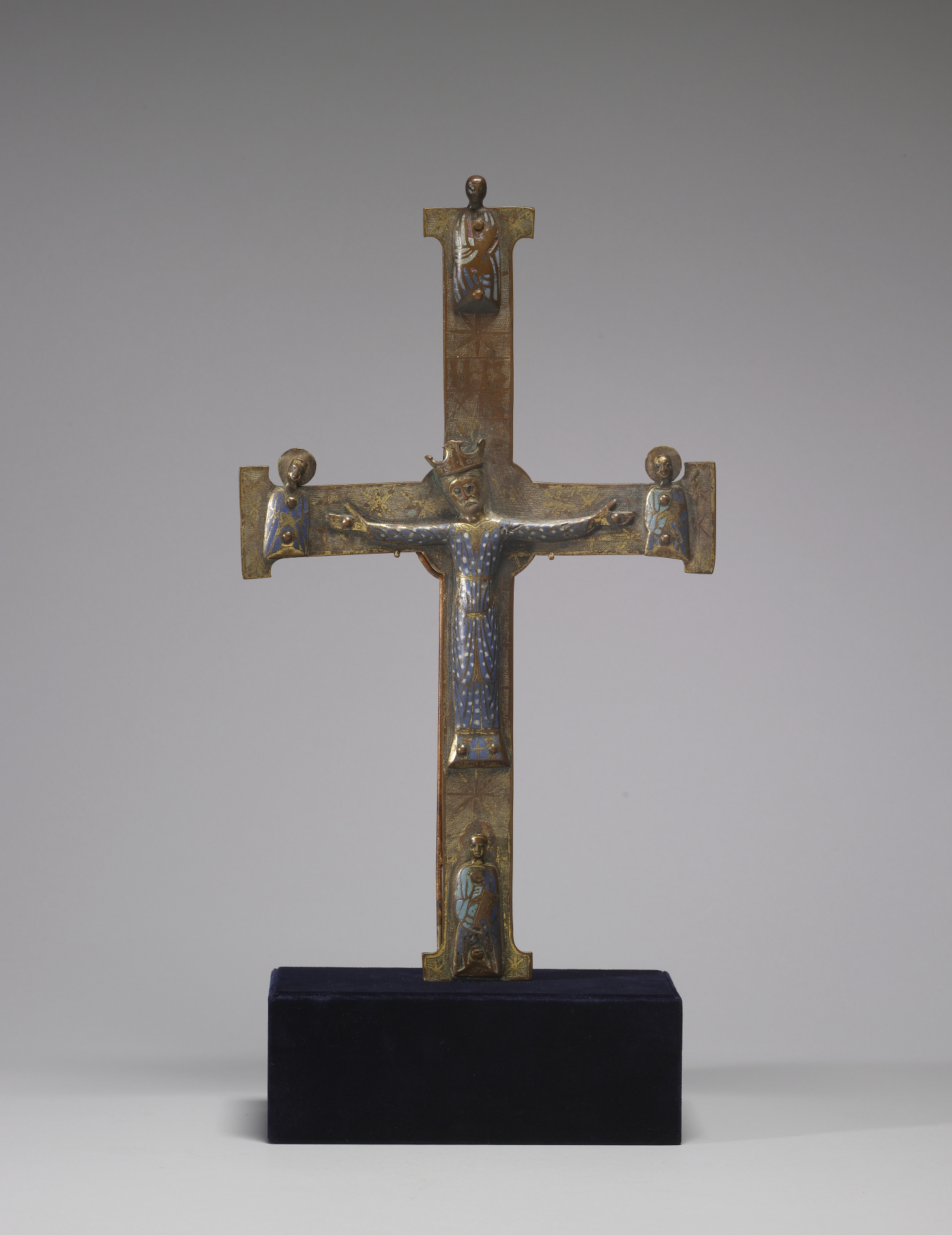 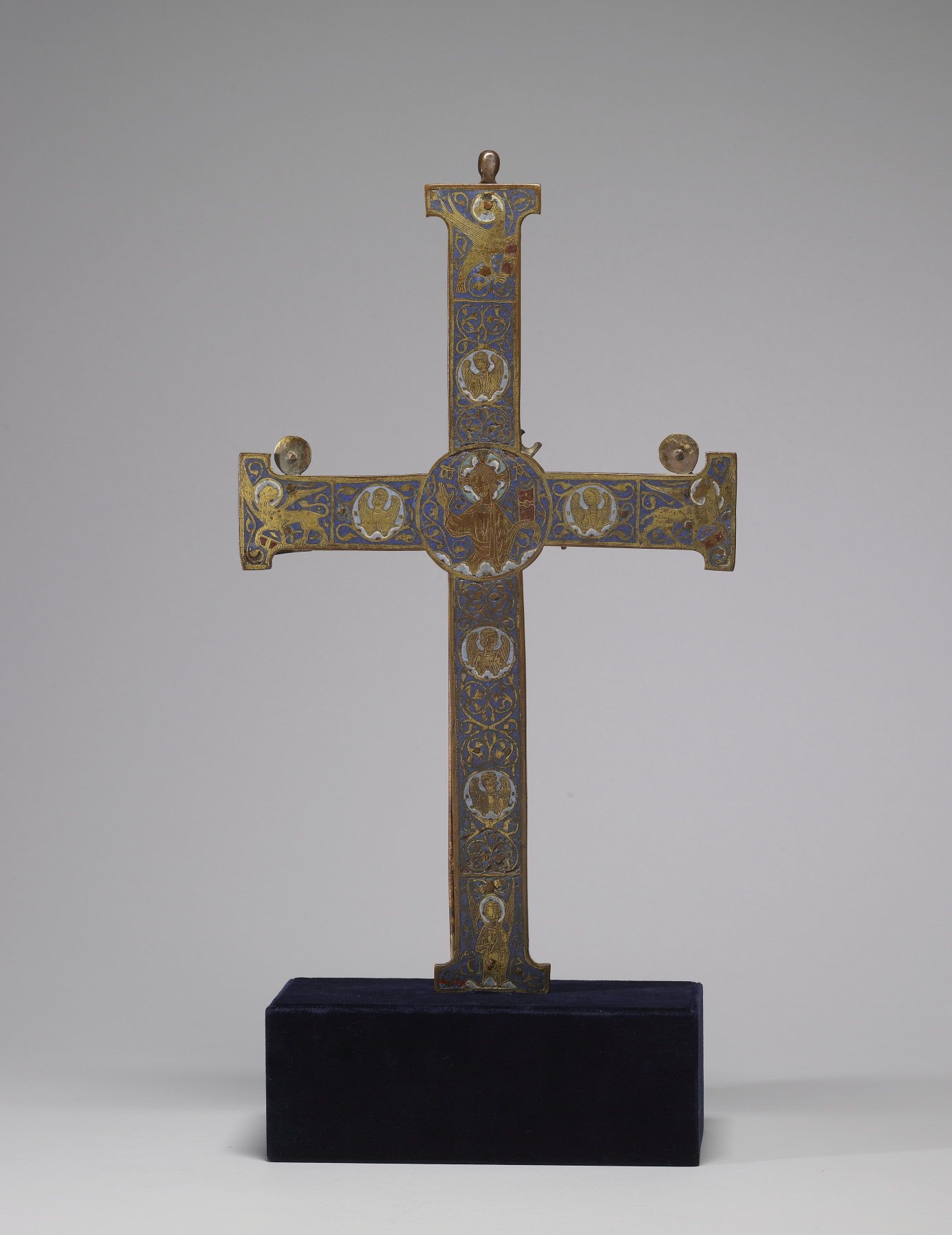 Christ wears a crown and blue colobium, a long Byzantine robe unusual in Limoges enamels. At the ends of the arms are the Virgin and St. John, and at top and bottom are two apostles. Crosses with Christ clothed and crowned are rare, and represent not only the Crucifixion and death of Christ, but also the Resurrected Christ as King of Heaven, dressed in a long garment tied at the waist with a golden belt as described in the vision of Saint John (Revelations 1:13).