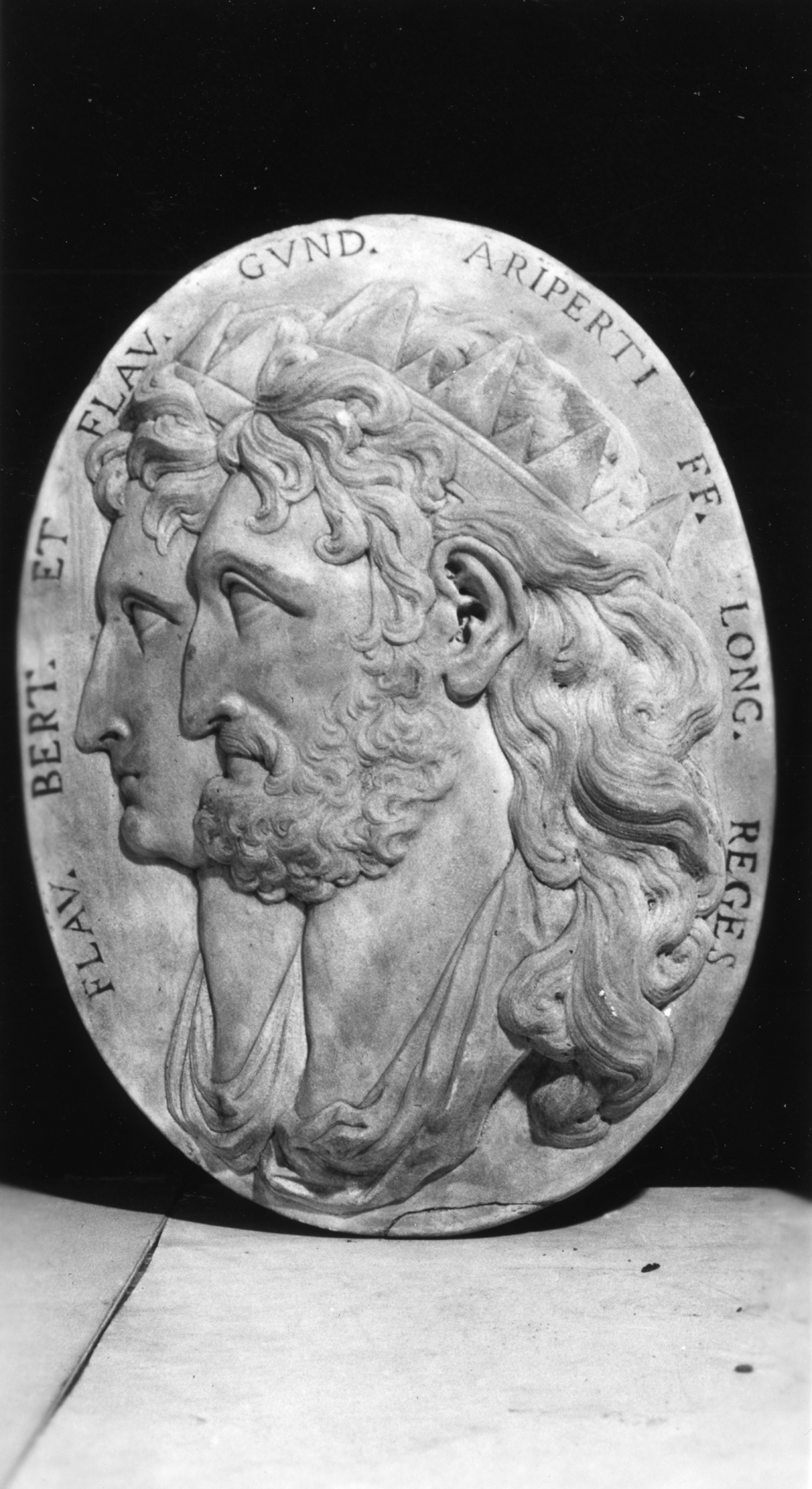 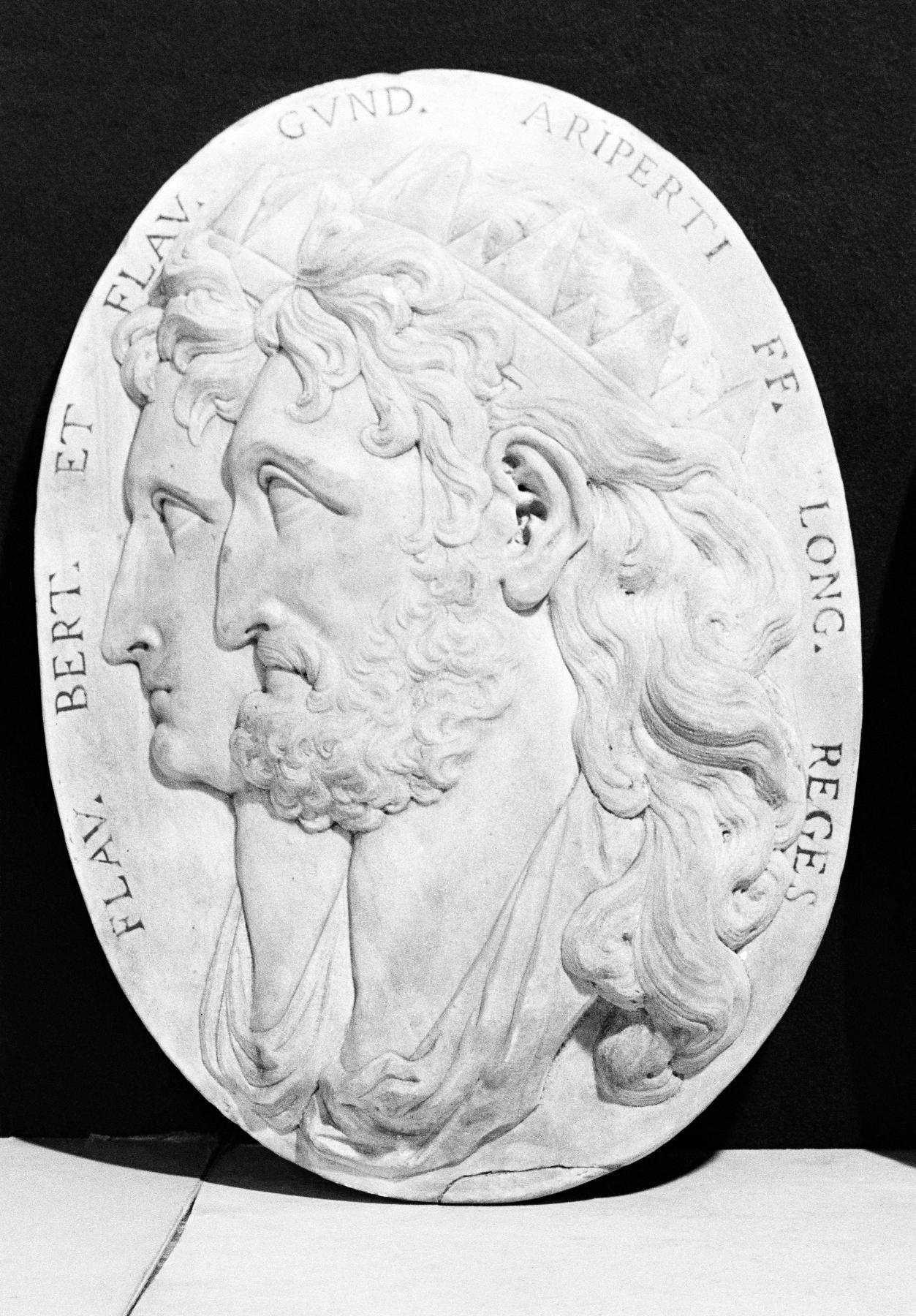 From a series of relief portrait medallions of the early kings of Italy (Walters 27.483-88, for which see 27.485). Perctarit (died 688) and Godepert (died 661) were sons of Aripert I (king of the Lombards 653-661). The borothers first ruled jointly, Perctarit, a Catholic, ruled from Milan and Godepert, an Arian, ruled from Pavia. The latter was soon assassinated and Perctarit ruled alone, though he was assassinated himself in 688. 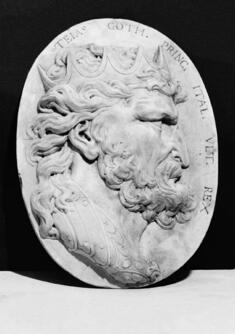 Medallion with Portrait of Teias, the Last Ostrogoth King of Italy